The Salt Slush decided to spend Friday night driving 400km north-east (in Sweden). To where? To a Gasoline Magazine Swap meet in Nyköping, Sweden. Everything was planned in detail, but still, it was long drive and a lot of work which made us all tired and even though a couple of beers and a good night sleep at Clarion hotel in Nyköping cheered us up, we were a bit weak as the early bird sang its song and forced us to drive to some kind of sport arean in Nyköping.
But then... all of a sudden... we got energy! From where? Let us tell you why... 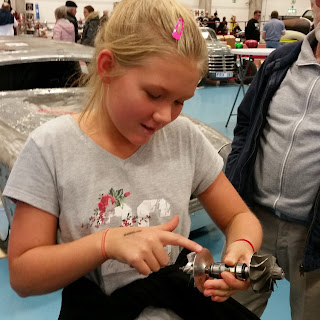 There were enthusiastic youngsters who seems to like that the wheels keep on turing. 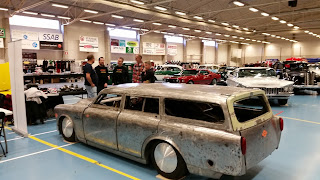 Our Amazon was in need for attention to be able to meet its Destiny in the Desert. The team as well... 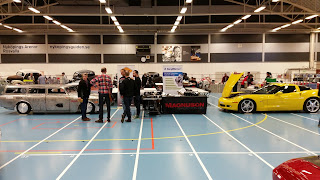 Here we are minutes before the crowd arrives. The Team, The Dream, The Scheme. 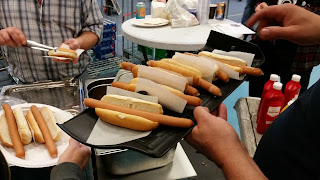 Well, with no access to guide Michelin restaurants we used an Corvette LS2 engine cover as a tray. Which worked, reasonably well. But I need to say that I dislike mustard on my valve covers!
All thing comes to an end and after hours of discussion we needed to reveres it all. Luckily that a good thing nowadays, since we hava a reason to drive our Amazon