We praised him before. But he's worth to be acknowledged. Here's why. During a normal Friday afternoon car part shopping spree, Hasse at Rogers Custom in Gothenburg Sweden informed me, between the lines, about his ability to tailor make exhaust system.

Here's the conversation that followed.

Hasse:
- Yes, I'll make the piping based on a good drawing or just try to replicate the old system if you bring it in one piece. I can make it based on car model too.
Me:
- Is that so? How about making one for my 1949 Oldsmobile 88 fastback.

Hasse bent his back 30 degree and picked up a very old and worn catalog. Flipped down his reading glasses and browsed until he found Oldsmobile. No luck. Nothing older than 1960 could be found in said publication.

But there was determination in Hasses face. It was obvious that there was a plan B.
- I think we need to look in the old catalogs, he said with a grin.

Hasse dispersed. Minutes felt like hours. But suddenly, around the corner he came. Holding what I would define as a ancient car part catalog. And it was. It had exhaust system references to mid -40 ties. 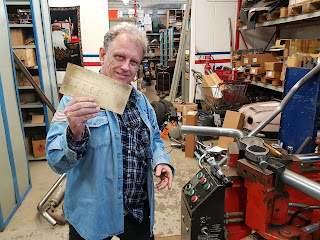 Hasse, a tube bend description and a tube bender. All you need to get the exhaust system you need. 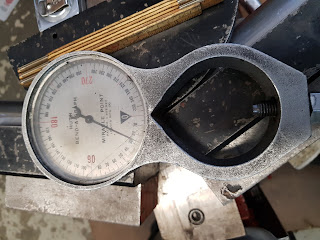 ...oh I forgot. A bend-graph from Huth is needed as well.
Hasse made the tube and it was ready for pick up one day later. Carina demonstrate the importance of driving a car with a reasonable sized trunk, like an Olds -38 Business Coupe. Magnus is showing that he has time to spend on tube transport.

Summary: To be able to buy tailor made part for a -49 and have it delivered the next day, is simply amazing.
Posted by Hakan at 2:30 PM No comments:

We're taking shelter but we're not dead yet!

Make no mistakes. We had plans. We were heading for Bilsport Performance & Custom Show in Sweden. Ready to talk to gearheads about turbos and superchargers while having a good time. But the virus pulled the plug and cancelled the event.
We booked flights to the City of Angles in US of A. Our ambition was to wake up the 449 Amazon softly under the California sun and make it great again. To make our mean green machine ready for Bonneville 2020. But again, the virus stepped up and stood in our way. 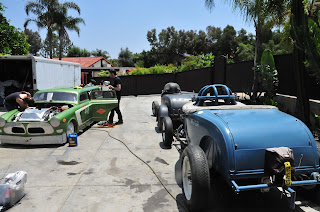 Preparation at times when all were good, Before hell broke loose
(Spring 2019, at Eric's Place)

But we’ll not give up. We'll fight our pandemic enemy and help ourselves while helping others.

So...here's the deal;
We'll work in garage isolation with our private projects, feeling good and making progress but at the same time being somewhat loney.

Our message to all of you racers out there...
Contact us if you have turbo or/supercharger questions. You'll get the answers and advices, while we'll get in contact with the speed/racing community that can provide solace to our souls.

Summary:
We're ready when you're ready.
Keep up your boost pressure!
Times will get better.
That's all.

We practise what we preach.Live from Salt Slush Funday

Salt Slush are not sloppy Swedes. We're in quarantine. Our garage quarantine is somewhat solid. We're either test drive around the block, work inside with safe social distance or having a fika outside in the sun. With the few but usual suspects.

Our strategy; avoid germs but keep the mental health of your gearhead solid too. Take a trip to your workshop/garage and build whatever you need to build. Or just start up your ride and take it for a spin. It will build up your immune system too.

Here's our take on all of the above.
Magnus, has spent a time in garage quarantine.
The result: Engine & Transmission swap complete.
The grinding noise in the backgorund Anders CNC machine, while producing sheet metal tools for Ragnar need...that noise has noting to do with Magnus Engine swap. Yet.
On his way to perfection, he has faced difficulites. Which he solved. 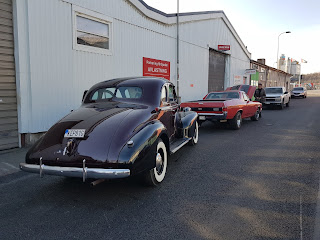 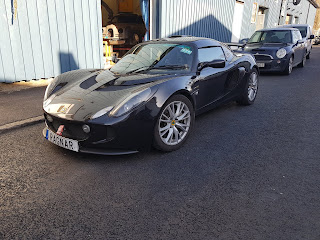 ...as well as Ragnars supercharged Lotus... 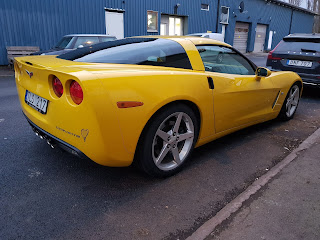 ...and our supercharged (Magnuson) Corvette C6. They are all out there, in the sun to boost happiness and health.

Follow our advice. Get focused. Have fun. Stay healthy.