Start up, First Fire...Love and Angst.

It was seven years ago. I walked back and forward. Nervously. I was in engine test cell area surrounded by other engineers and we were just about to start up the first prototype of the all new 1,5L 3 cylinder turbo engine for which development I'd been in charge. There was cool champagne in case of success.

Fast forward four years. We're in California. This time for Salt Slush Racing and were about to race. There was tension in the air. Exciting, exhausting and fun.

Then what happened? My wife found a second love and she found it in Erik's workshop in California. At first I ignored it. But it was a strong love. To an Ardun engine. It was complicated, but at some point I understood that I had act. I had to start the process. The process of building an Ardun Engine. 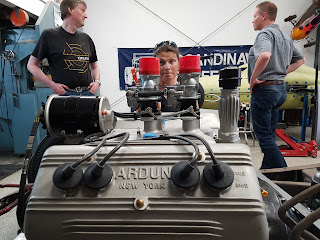 Where it always tends begin.

One year later with support from Ferguson. Don Ferguson.
She was now in possession of a pair Ardun heads.
She was in her throne with all cylinder heads she needed. 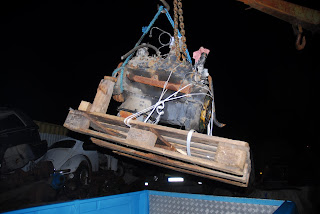 We needed a base engine as well, so we turn to Tomas Terräng, a man of (old) war (equipment) and French Connections.
He provided a French Ford Flathead. With 4' Mercury crank. All good. 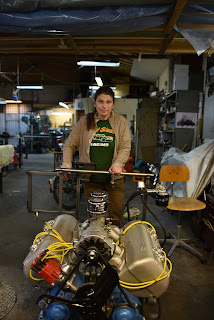 Fast forward to 2021. Our Ardun engine is built. Carina is proud and at ease. 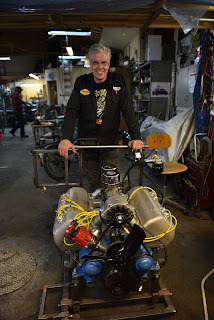 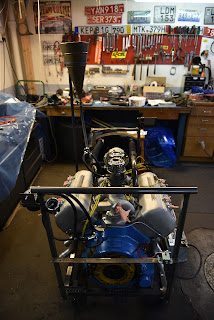 ...but again somewhat nervous. Because the Ardun First Fire is approaching fast and there's no engineering squad around to support there's no big corporate budget either. 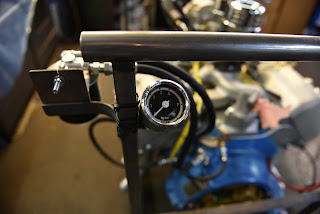 Blood and oil pressure is raising.
There's spark.
There's fuel.
In a couple of days we'll know more.
Heaven or hell?
No clue.
Stay tuned.
Posted by Hakan at 1:48 PM No comments:

There's something in the air. Even at latitude 57 there's a sense of Spring. It's cold outside, but that hard white light has started to shine on us. These dry, freezing days with blazing sun sends a message. A message that reaches birds, bees and bears. Saying that it's time to get going, time to wrap up and be prepared for some fun and some sun.
There're another type of animals that starts to get active at this time of year. I'm here talking about wrench monkeys and garage rats. These species gets going too. Because they don't want to miss out on races, meets, shows and other type of gear-head get-together.
s 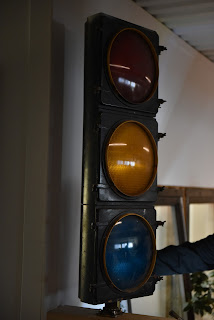 Red...Yellow...GO!
Some of us have been working hard throughout the Pandemic with our projects to be ready when the light switches from yellow to green and the Second Roaring Twenties goes live.
(Yes, this red light comes from Indianapolis raceway) 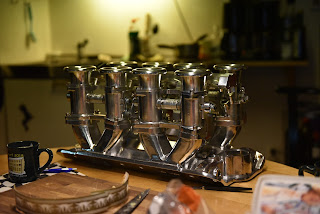 Dreams and high hopes are intensified at this point in time. 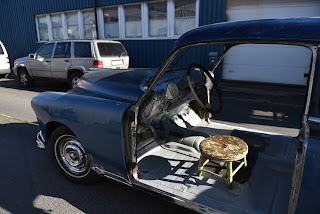 As the welding smoke clears it's time for some step stool cruising.
I won't say; Buckle Up. 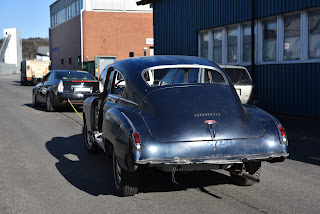 Time for the Rocket to be towed away to the paint shop. 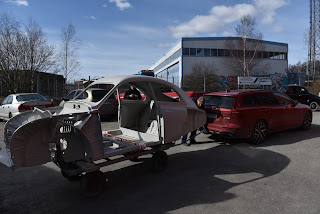 In and out. As the Rocket is aimed for the paint shop (Universalteknik, Gothenburg) another fastback with aircraft association takes off off from the same facility. 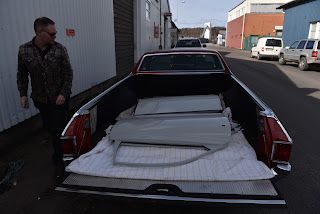 The door carrier. Salt Slush Policy:
When possible, always transport your stuff in style.
In our opinion a  Magnuson Supercharger equipped El Camino is an appropriate means of transportation. Always. 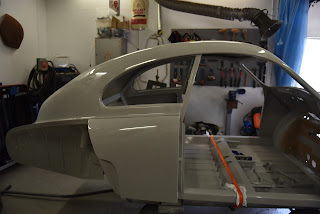 The eagle has landed. It's home at bay. But that victory feel soon goes away as the spring light reaches the garage door and a new question emerge.
Will it run this summer?
Nobody knows.
Epilogue: When the cold and darkness disperse, dust on hoods tells a tale. That it's time to open up the doors, let the sun in and roll up the sleeves to get ready for the season that is coming up.
Corona or not, the sky will be blue this summer too!
Posted by Hakan at 3:53 PM No comments:

Salt Slush Support Science and Relentless Racing souls. Why? First of all, because we can. Secondly, because we like advance research related to combustion engine at Chalmers University of Technology. But we like guys who never give up their dreams too.

At this point in time, questions are coming up. How does Racing and Science merge?  Here's what keeps it all together. The Machine. The Salt Slush CNC plasma cutter that Anders built in his spare time.

A machine that idles in the Salt Slush shop, ready to do deeds. All it needs is to be feed with an numeric 2D drawing and a piece of metal. If you don't have a drawing but a good idea that can be presented in a 2D drawing, let us know. Because we can most likely support you. We can help out and you can avoid a weekend of flange and bracket manufacturing. 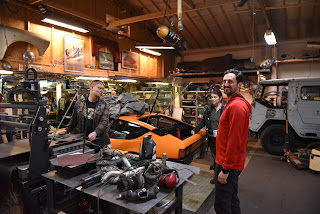 He who waits for race parts will be rewarded. Drawing done. The Plasma cutter warming up...Eric is waiting calmly. 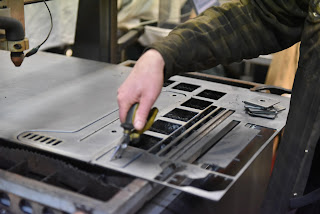 ...couple minuites later, puzzle pieces produced. Christmas already? Nope. This an every day business for us at Salt Slush racing. 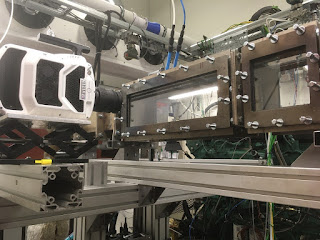 Coming back to Science. This is the Salt Slush made glass covered combustion chamber analysis device that Chalmers are using for high-speed camera analysis of combustion and flame propagation.

If your project only needs a flange, bracket or adapter. We can help

If you need something more advanced that's two dimensional- We can do that too.

The Social Side of Salt Slush 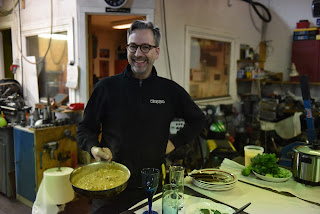 Petter, the Professor provides a proper garage lunch.
No angle grinding allowed at this point in time. 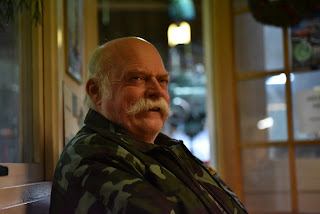 Thomas Terräng a witty man with many stories in his mind.
A man who have lived a life more colorful than most of us and are able to tell us all about it.
Story telling as it supposed to be. 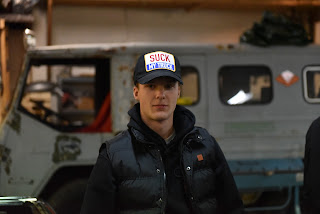 Hampus. Carina's nephew. Fresh license.
18 year old and owns a BMW.
What could possibly go wrong?
We're trying our best to support and guide him in life.
Should he be looking at a BorgWarner EFR or an AirWerks turbo for his Beemer?
We're there to advice. 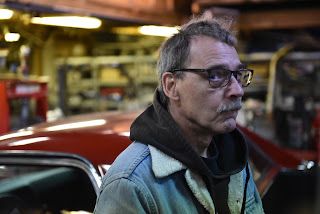 Our garage neighbor Tore, a man of solid wisdom who support salt slush when needed.
A great friend to have.
Summary; In times of isolation it's more important than ever before to socialize. To comfort yourself with meeting your likes when possible.
To talk about the things you like.
To laugh and smile.
To have fun.
Posted by Hakan at 2:36 PM No comments: