Look at Ken Block's Hoonicorn. 6,7 liter engine with 1400hp. Fast as a Cobra, but still, the specific power is not more than 200hp/l. A good turbo engine example.
V8 and turbos.(208hp/l) Works well on high altitude!


V8 and Supercharger (185hp/L).  Nice alternative for those with smoke a speed in mind.

A tour down memory lane

What do you do when you suddenly get a need for a pick-up truck ?

You buy one right? But how and where ? During 1999  to 2002 I worked with the Volvo XC90 (Introduced 2002 at Detroit Motor Show) during that work I was on and off in the US for testing, mostly in Arizona. During one of those trips I bought this Chevy 1500 extended cab. It was high and not so cool when I bought it at least according to me.

Via California Shipping I shipped the truck home, together with parts which would transform it and make it cool. You have to remember that this was in the days of Boyd Coddington and pink, lowered trucks.

When I got the truck home, I used one week of the vacation to lower it and getting it approved by the Swedish car inspection. 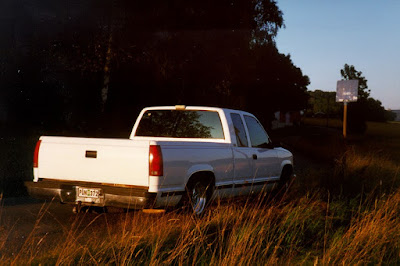 Rear view of the beauty! 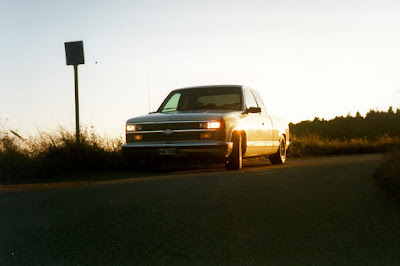 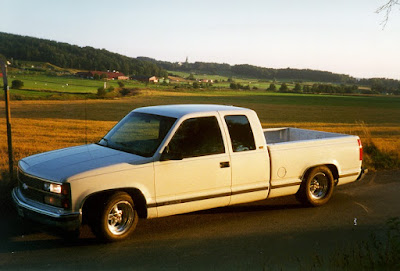 Out by the fields, at home.

To be honest this is one of the best cars we owned, besides of all Volvo Company cars. If it broke down you repaired fast and easy, it was very robust and extremely useful.
Ones you had a pick-up Truck, you come to understand that you need one. The Salt Slush Team seems to agree, judging from our current and growing numbers of trucks....


Posted by saltslushracing at 11:04 PM No comments:

The winter ain't over yet. Which means moving from door to car to door. But that's not too bad. If one of the doors is a garage door. Winter time also indicates that there's still some time to create miracles (or desaster) in your workshop or garage.

We've already stated that 2018 is the Year of the Engine and as you know the Salt Slush team is busy building engines of our own. Besides planning next trips to various deserts in US...

In addition to garage activity, you need addition energy during winter time. Some use D vitamin...others use good engine data from customers! And that really makes the day! 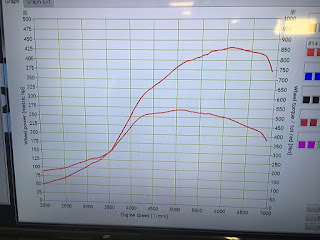 Like this Graph from Mattias Jönsson. What you can see is rear wheel Power and Torque curves from his Alfa Romeo 2,5L V6 equipped with single turbo BorgWarner EFR 6758 with internal wastegate. The engine was running with E85 fuel and standard compression ratio (10,2:1) at the time.
Other than a inlet manifold from a Alfa Romeo 3.0L V6 engine, the base engine is standard. The result: power and torque north of 425 rwhp and 550Nm! Measured on a Rototest Chassi dyno. Something works really well. Could it be the turbo? Anyhow, it's really nice to see these type of graphs.The Engine was tuned by PBZ in Uppsala, Sweden. According to Mattias the peak boost pressure was 1,35bar and only 1,0 bar at peak power.
Again, something works well. 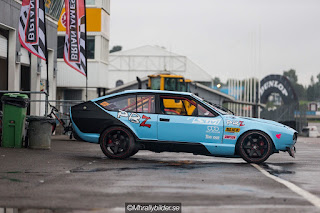 Yes, I forgot to mention...this V6 sits in a car and it will have to work hard coming race season since it's located in Mattias Alfa GTV. 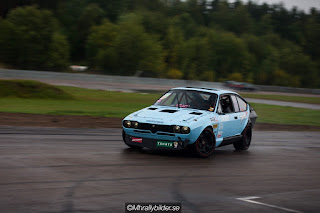 Salt Slush Broadcasting - Before it all began.

Fellini, Bergman...all these film directors from Europe. All this European melancholy, angst and on the contrary, lust for life. It all reminds me of our latest project.
Yeah, you're right, it's an additional project. It's something new.
So...Let us proudly present a first peek, before we launch Salt Slush Broadcasting.
The short clip below is just...
1. A crash course in Swedish.
2. A nice garage project involving a LQ4 engine a pair of LS3 cylinder heads and a Magnuson Supercharger. And not to be forgotten, Santa Claus and The Bailiff.
3. A first glimpse of what's coming....
Anders and Kalle talking.

The Vital importance of a Roadtrip or Going North with no skies.

None of us is doing it frequently. Especially not during winter time. Though there are those who insist that it's fun and enjoyable, we try our best to avoid it.

I'm talking about going north. To the cold, snowy and dark part of Sweden where the forest is full of moose and other creatures of wild character.

But...we have to admit, there's something magic about going north. The non-nonsense winter climate at latitude 61 (same as Anchorage) makes it suitable for a road trip adventure. Especially if you pick up a 50 year old car and drive it home through the wonderful wilderness. Keeps you alert, keeps you awake. How we know? We're doing it over and over again.

This time it was Annika's fault, or rather a Christmas Dinner (which Kalle described in an earlier blog post) that ended up in a us going north to pick-up a 1968 Chevy C10 Step side. 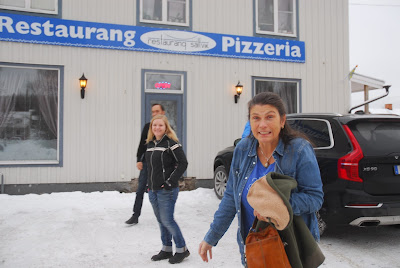 We started too early this Saturday. Too early for pictures. So we silently filled the car up with tools, oil, antifreeze and a fully charged battery and took off. At lunch time we were already in the snow and the cold. Excited and prepared for adventures. 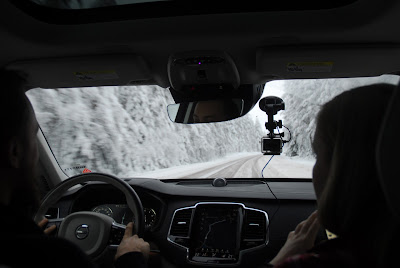 We traveled in cosy comfort through a silent winter land. No internet connection. 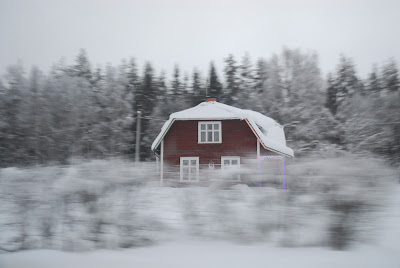 Once in a while we saw a house. And a moose. 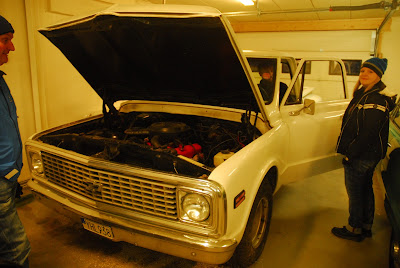 Eventually, we reached our goal. The C10 Step side. The Glamour Truck -68. We came, we saw, we test drove and celebrated the condition with a beer or two. 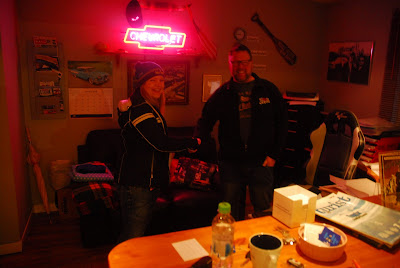 Early next morning Annika was ready to seal the deal. Annika and E&S Motor shook hands which meant that the real adventure could begin. 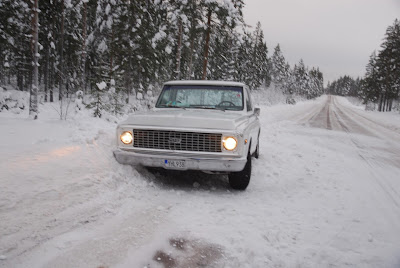 Ok. It was me. I admit. Since I have a lot of experience of icy road driving so I started to drive, but apparently that didn't help. After some ice dancing, we ended up in a soft and rather comfortable snow wall and please note, the truck was not damaged.  We' just needed to grab the shovel, dig in and not waste any time. Still 500km to drive.
Harmony, that how I would describe the rest of the trip. Annika was driving and the small block V8 was humming it's gentle tone as we were tooling our way through the badlands. Poetic. 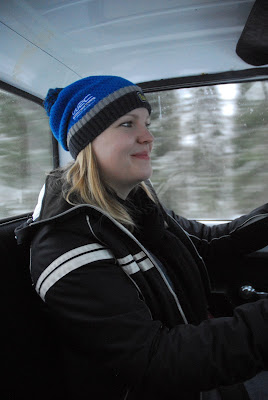 As always when picking up new car somewhere far away, the confidence is growing step by step and at some point in time, especially if there are no failures, euphoria happens. 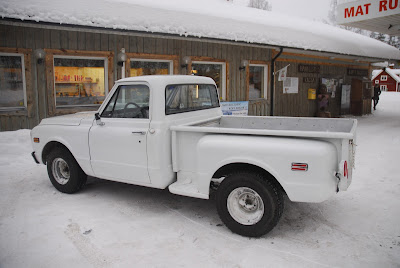 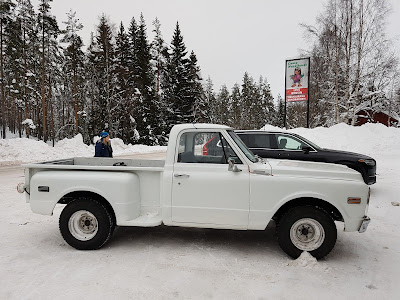 Cardboard in front of the cooler kept C10 passengers warm. 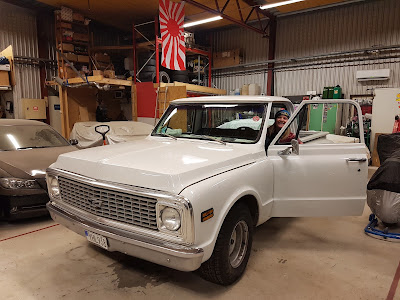 Sunday night. Home at bay. The 1500km adventure was over with no mayor issues.
The truck: Reliable as a door stop
Annika (and here crew): Happy as can be.

Remark: Some of us has gone north before to pick up a Chevy pick-up (in Swedish only) http://www.klassiker.nu/lasarnas_klassiker/en-oundviklig-affar-801

When early man looked at the stars he saw signs. Basically, he saw animals and various types of early man tools. Not very surprising if you ask me. Early man perception did not allow him to see the real star signs in the sky, because those were beyond his imagination.

Salt Slush have on the other hand seen other signs and felt the influence of these Omens and those are not for our eyes only, they can be seen by all who smells oil and have a crave for speed.

Through pain and sorrow, through luck and glory, we've experienced them all. But this year feels good, because 2018 is:

The Year of the Engine
Type of Engine Year: V8 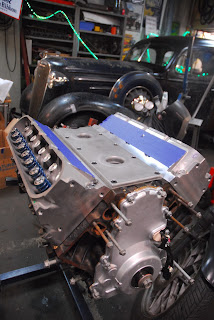 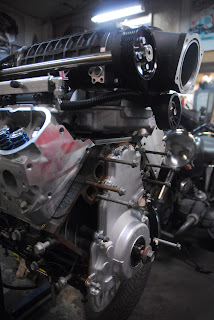 We celebrate the Engine Year with various project. Anders is building an LS V8 engine with  Magnuson charger since this engine goes well with Supercharger (besides, The Engine Year is closely related to the Supercharger and Turbo Year) 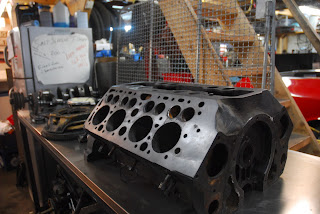 Carina and I bring good moods to old gods when building a Ardun V8 engine based on an old Ford Flathead. 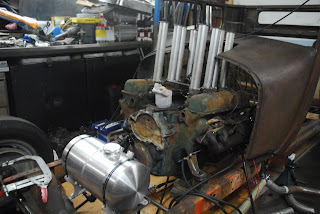 Magnus, normally inclined to tune engines with less cylinders, took the Year of the V8 seriously and woke up the Buick Nailhead.

Epilogue: The Year of the Engine has just began. That feels so good. So, let the crank turn up the torque, the turbo's spin fast and the supercharges howl furiously through the night.

Cleaning is an essential part of life. Because it turns you in to a better person. But don't get me wrong. I'm not talking about swapping floors or doing the dishes. We're on another level on which we're getting rid of stress and bullshit by using the oldest of the oldest of tools. Let me explain. 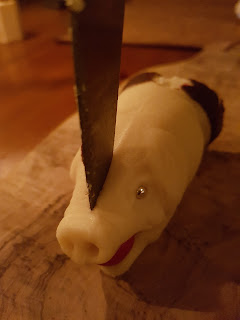 Lesson no.1: Get rid of Christmas and New Year. The discount marzipan pig here pictured represent 2017 and hence it had to go to the place were marzipan pigs go. On the marzipan funeral Makers Mark was served. Which did go well with the pig victim. 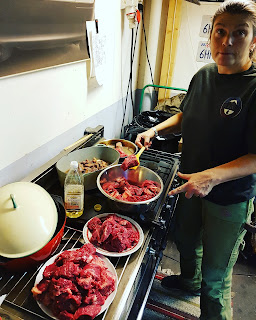 Lesson no.2 : If you're having a party to free you mind with the purpose to make the rest to follow, bourgeoisie garage style, you've got to prepare stuff and make no mistakes. No motor oil is allowed on the serving table and always serve slow cooked prime ribs together with red wine. Or was it the opposite around? Can't remember. Never mind. Let's move on. 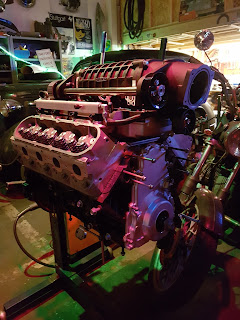 Lesson no. 3: Light up the piece de resistance well before the guest arrives. In technocolor. Take off the cover sheet just before the horde enter, to avoid dirt in supercharger or engine. Use a Magnuson Supercharer if possible. 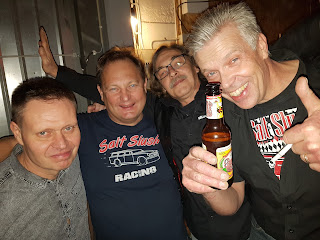 Lesson no.4: Clear your dirty mind with beer, cigarrs, friends and late night garage stories. It smoothens your soul and opens up your creative mind.

Summary: Clear mind, clean the workshop and get ready for 2018 adventures!