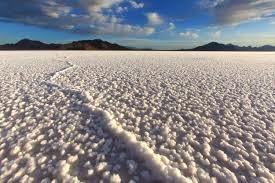 But how did it all start?  I bet you want to know… here’s the true story…
As mentioned, autumn was approaching and the barbecue season was over. But a couple of resistant dreamers had another opinion. Therefore, we had gathered for the last smell of barbecue smoke, cold beer and the associated useless discussion.


As beer was consumed, creative ideas became more and more reasonable.
All of a sudden Anders concluded:

- I think it would be really nice with a strong team doing something together…
I nodded as I lit up a cigarette.
We took a short stroll and soon we found ourselves leaning over a California White Volvo Amazon, a beautiful piece of machinery.
As in a dream, without any warning, a vision flashed through my mind...

I heard the magic sound of +800hp boosted horsepower blasting through a white salt desert, faster than any other Volvo Amazon has ever gone.  I saw a smiling sun tanned team with 200mph shirts in the blistering sun. It was beautiful.
To capture it all, I typed in a short cut version of the vision in a mail, turned around to Anders and said:
Are you really serious about “doing something together kind - a bullshit-statement”?

He replied:
-Yes, definitely!
I said:
- That good...because this mail will have consequences…your wishes will come through…

- That’ really good, Anders replayed with a serious look in his face.
With that statement in mind, my beer soaked mind became clear and my thumb stopped trembling… I pressed SEND this last warm Saturday night, twenty-two minutes past ten.

I impatiently waited 3 minutes.  Then I checked my Mailbox.  A short cut reply from Ekman had arrived 22.24 saying:
- Good idea. Count me in. Let’s keep in touch tomorrow morning…
Posted by Hakan at 2:34 PM