Since questions where piling up we needed some more answers to our probably very basic questions.

After work i took the Phone and called Erik Hansson who owns and run Scandinavian Street Rods in Huntington beach (LA) see link http://www.scandinavianstreetrod.com at his home page you find info about his services and his wing tank, Land speed racer which is a record holder and made him a member in the prestigious 200 mph Club.

Below you see some pics on the tank at Boneville !

Waiting for a run. 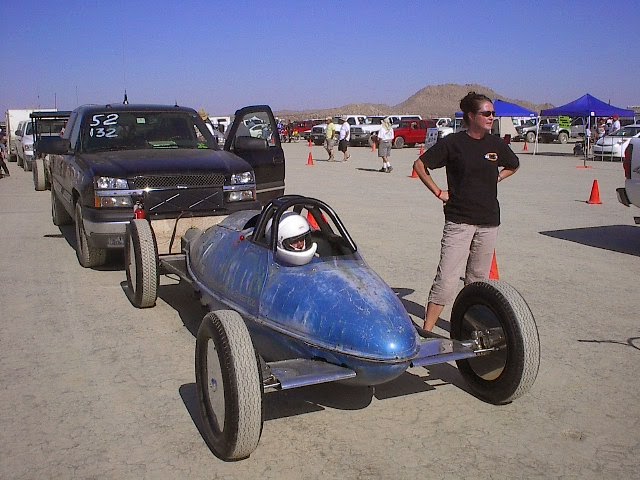 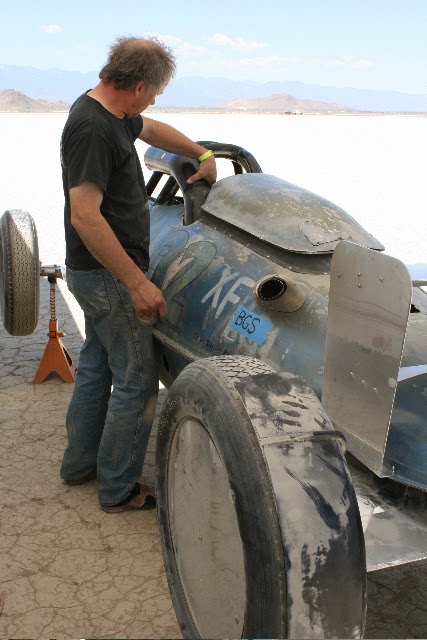 Besides of the Racing Erik is big and a Legend in the Hot Rod World.
Me and Lars Martin in the team has done business with him with good result.
We bought a lot of parts from him ending up in a Roadster each.


Below you see Erik by his no 100 32 Roadster body since then he has built many more. 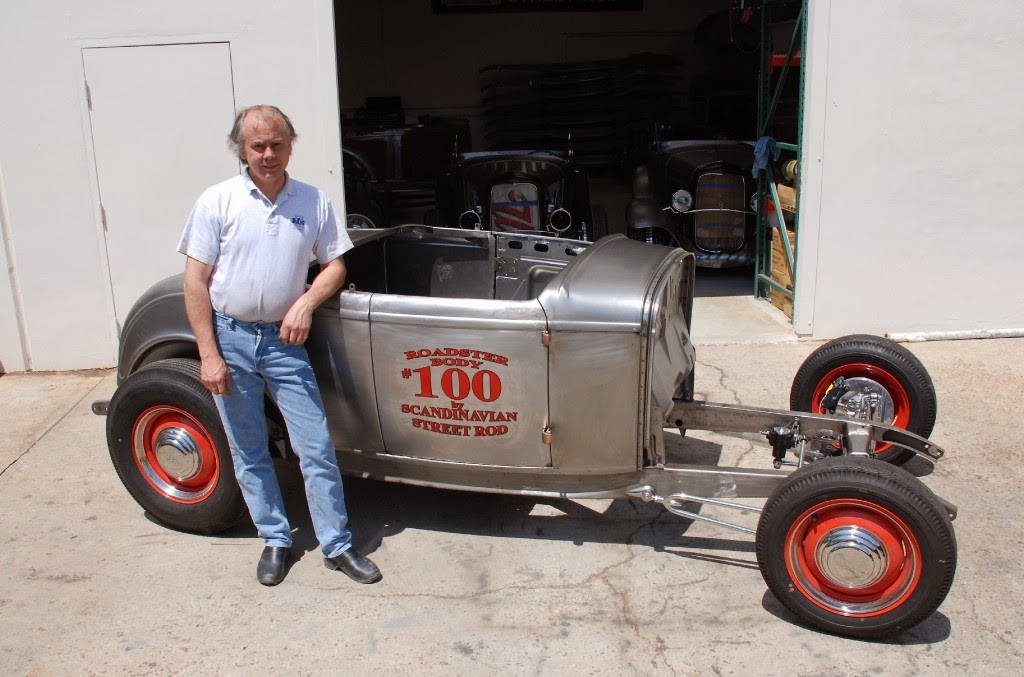 My Roadster is on the picture You see my friend Ich S from LA and Lars D (it's Lars ModelA)
From a driving around day me and Ich did when he visited Sweden. 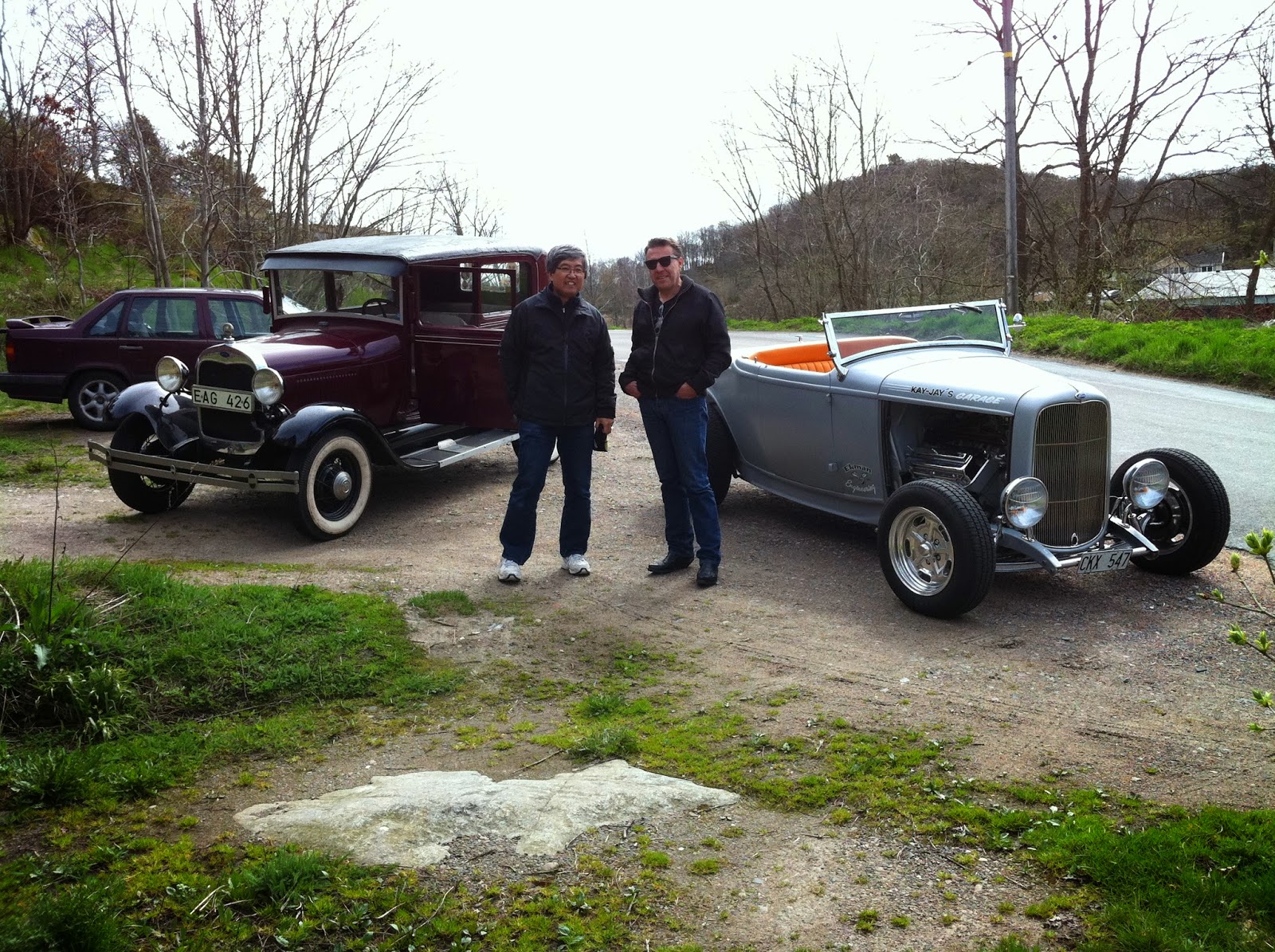 OK what did We learn from him ?
I can tell you it was a lot and for sure not enough.

He is running with Ice cold inter cooler and is using air cooler in series with buffer water tank for the engine cooling system and tipped us about a good supplier.

He has a scientific approach with data logger, he is careful with the chassis, tuning and adjust. Measures a lot combined with careful tuning. Uses good components.

He told us about tires, and how to make them work….
He explained how much power you need to make some serious speed…..
He talked about what can go wrong with the power …. as he said You can run it rich all the time but only lean ones…

We talked for quite a while around  a lot of basic questions (to him)…. noted down what i picked up…..

When i Hang up I at ones called the rest of the team and told about learnings so far.

We had to digest it and most of all  we started to understand that his will be a Challenge and we have a lot to learn. 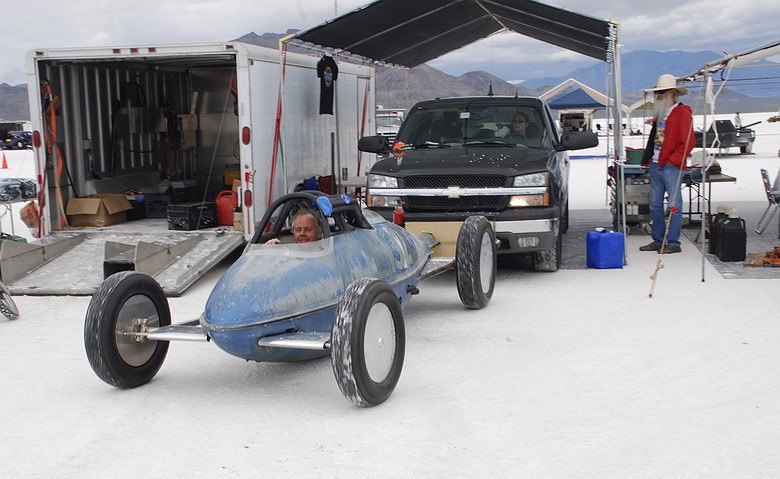 Posted by saltslushracing at 2:09 AM