Dark outside = Progress in the garage.

The leaves has left the trees, the darkness is compact, all summer cars, bikes and boats are now resting... but SSR is  Back in the shop!  Since we’re trying to conduct simultaneous engineering, we’re now working in several areas at the same time.  This is definitely needed, since we still have a lot of debates, laughs, sweat and weld smoke in front of us before we’re able to make a first thrilling test run. 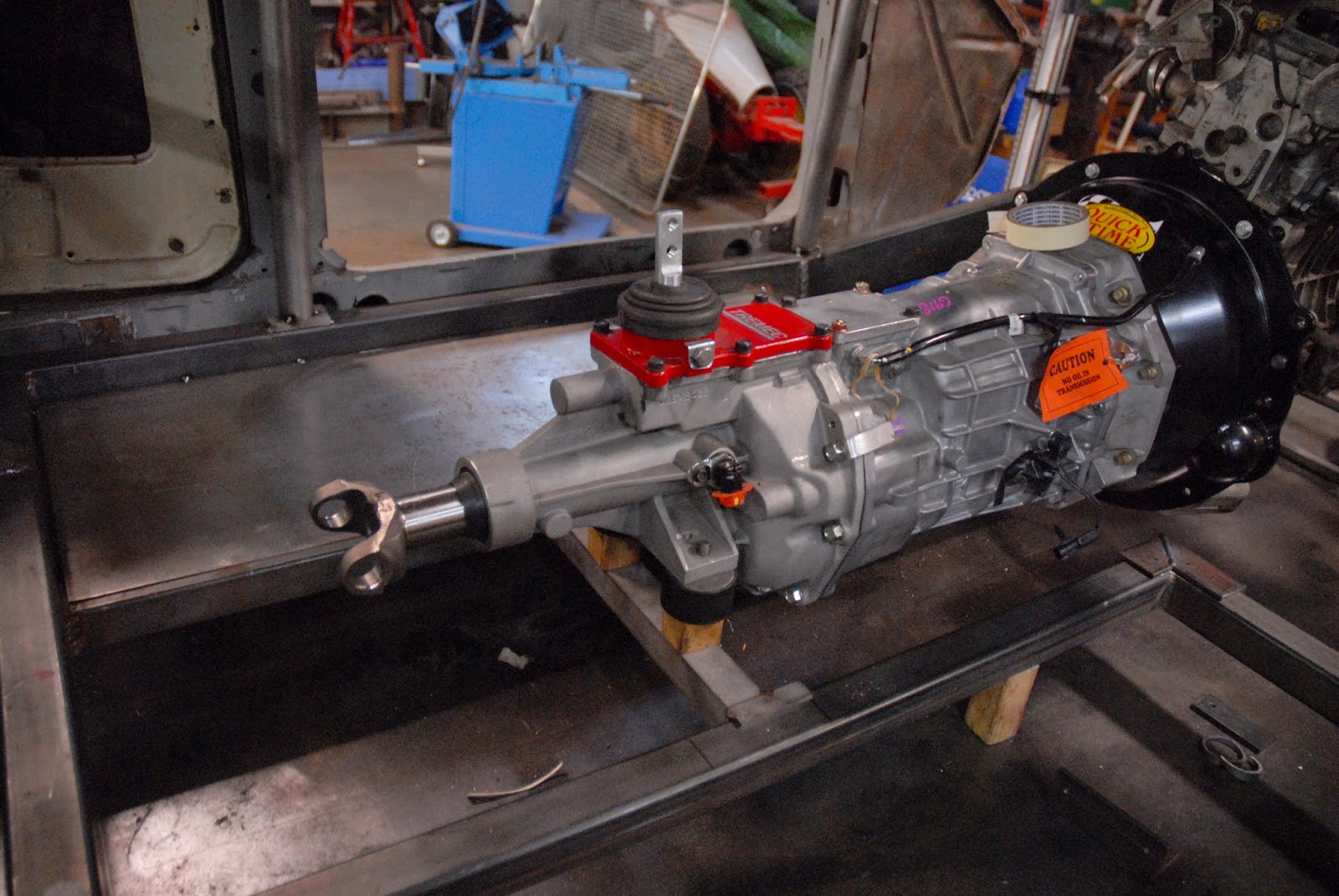 KL Racing has now corrected and delivered the Volvo-GM adapter (between the bellhousing  and the engine), which made it possible for us to put the Tremec Transmission in correct position and fabricate the rear mounts ( and yes, we’re going to change the material from wood to something more suitable as the next step) 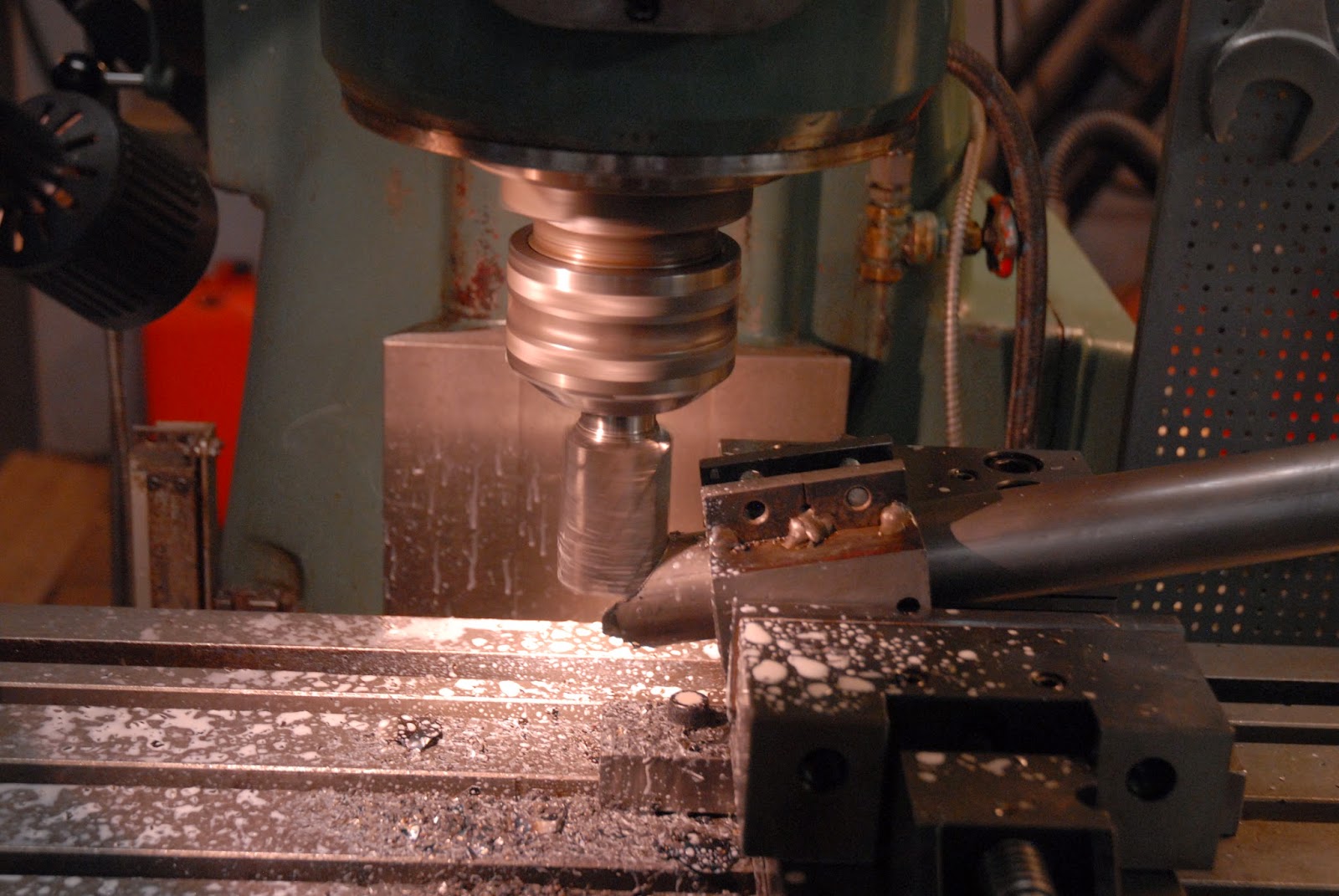 We’re as well making progress with the roll cage.  How? Well, by milling, and measuring, after which we’re milling and measuring…. 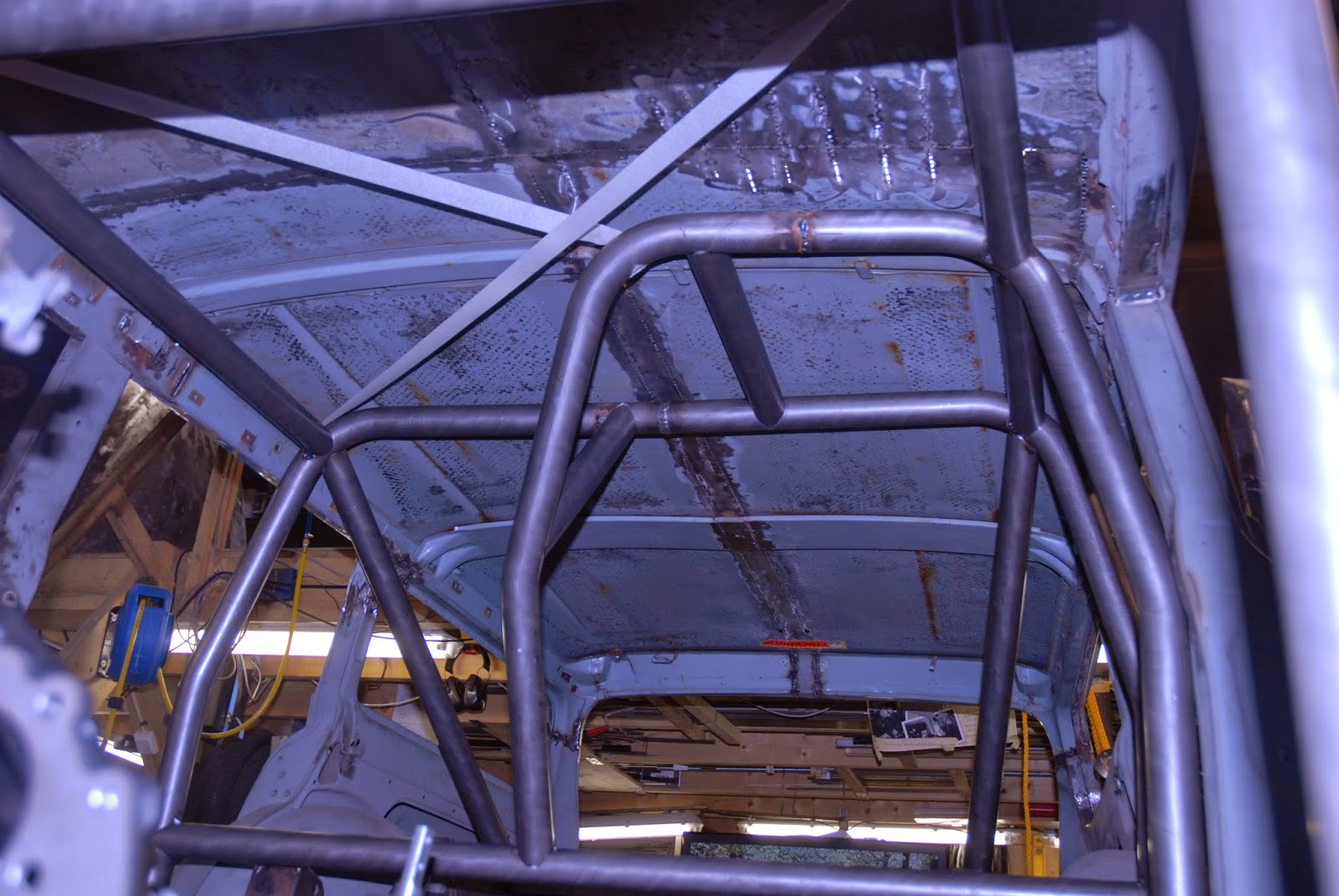 ...then we finally weld…and experiance a short moment of happiness. 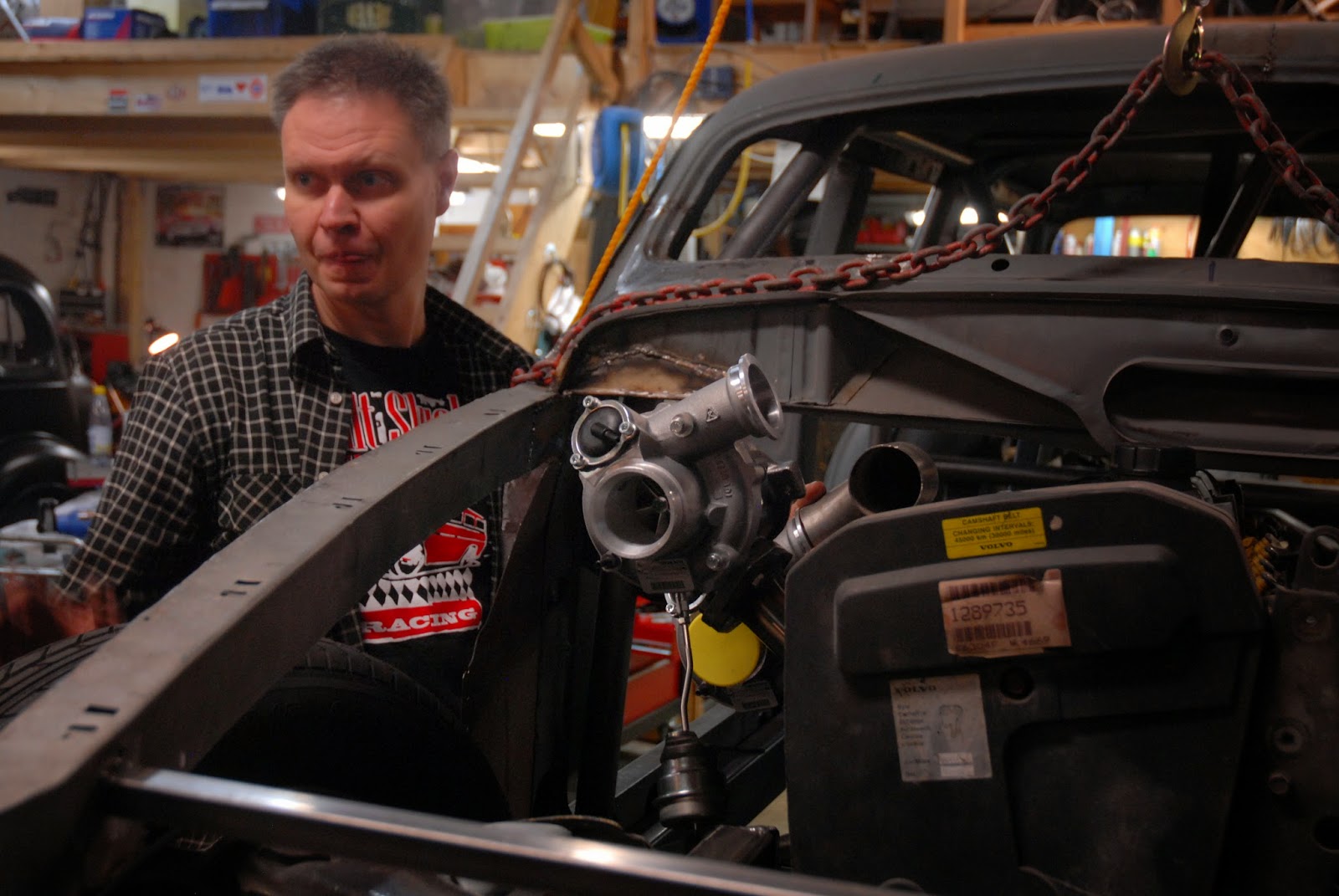 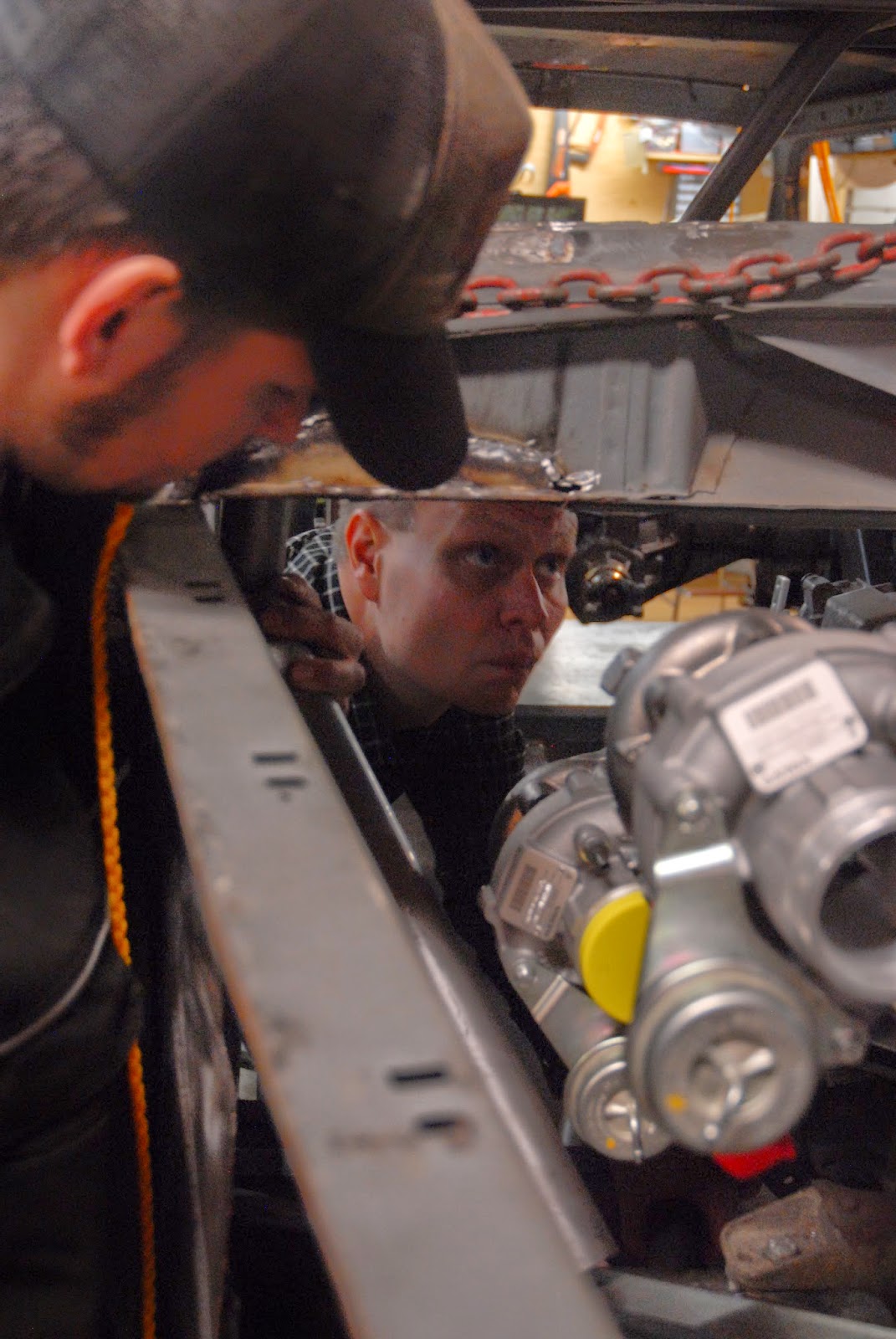 As we work with the roll cage connection to the frame, we’re moving in to the turbo area. Or rather, the turbo packaging area. As usually we approach complicated tasks without 3D Catia, but with SSR braveness.  A lot of things need to be considered, like an absolute minimum pressure drop before compressors and after turbines, as well as a nice flow separation after the compressors (to avoid typical bi-turbo surge).  We even think about serviceability since there is a small risk that we need to make minor maintenance work between the races.  Anders and Magnus are both very concentrated. 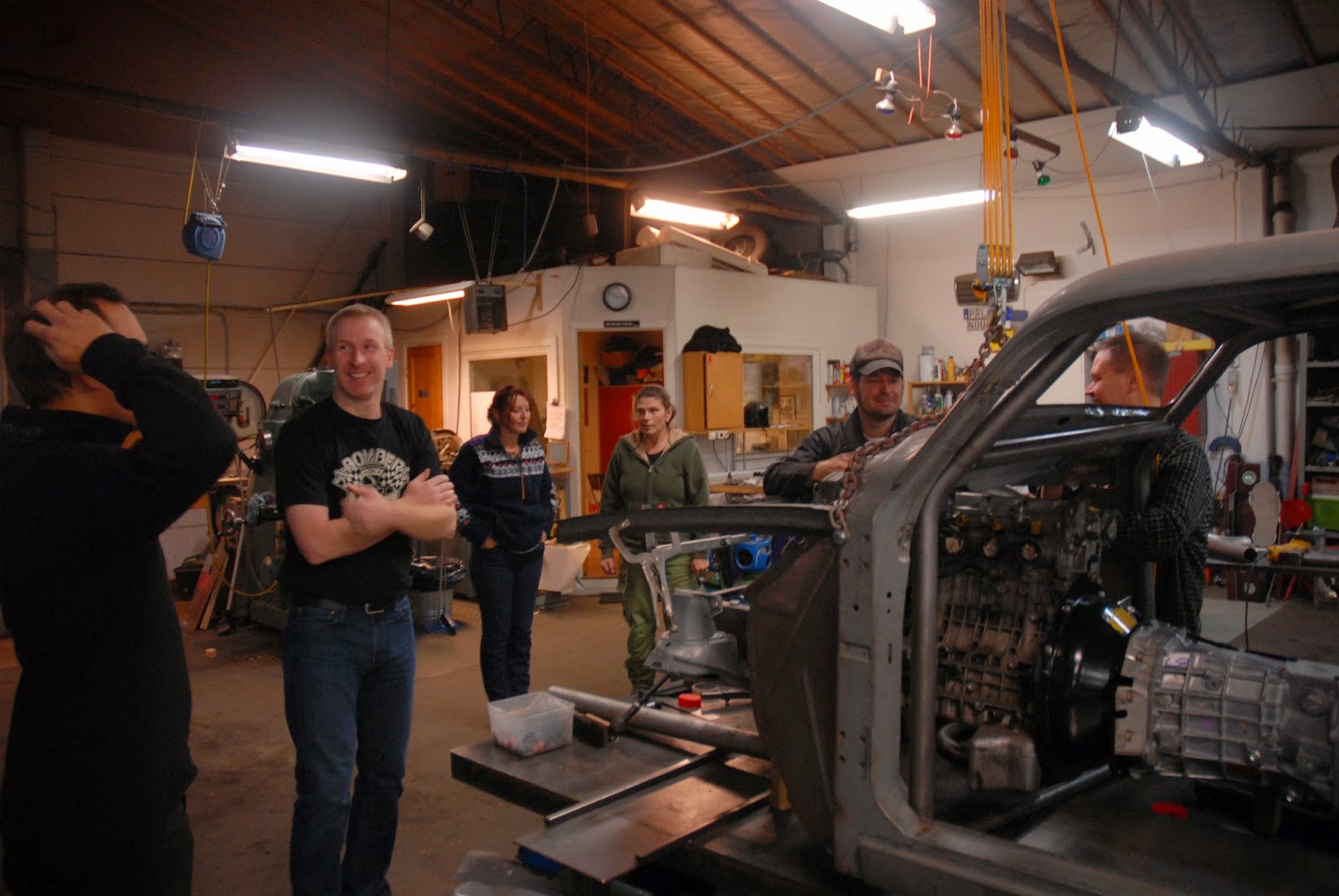 We brought in all kinds of top level boosting competence and therefore a lot of coffee was consumed…in short, a social event. 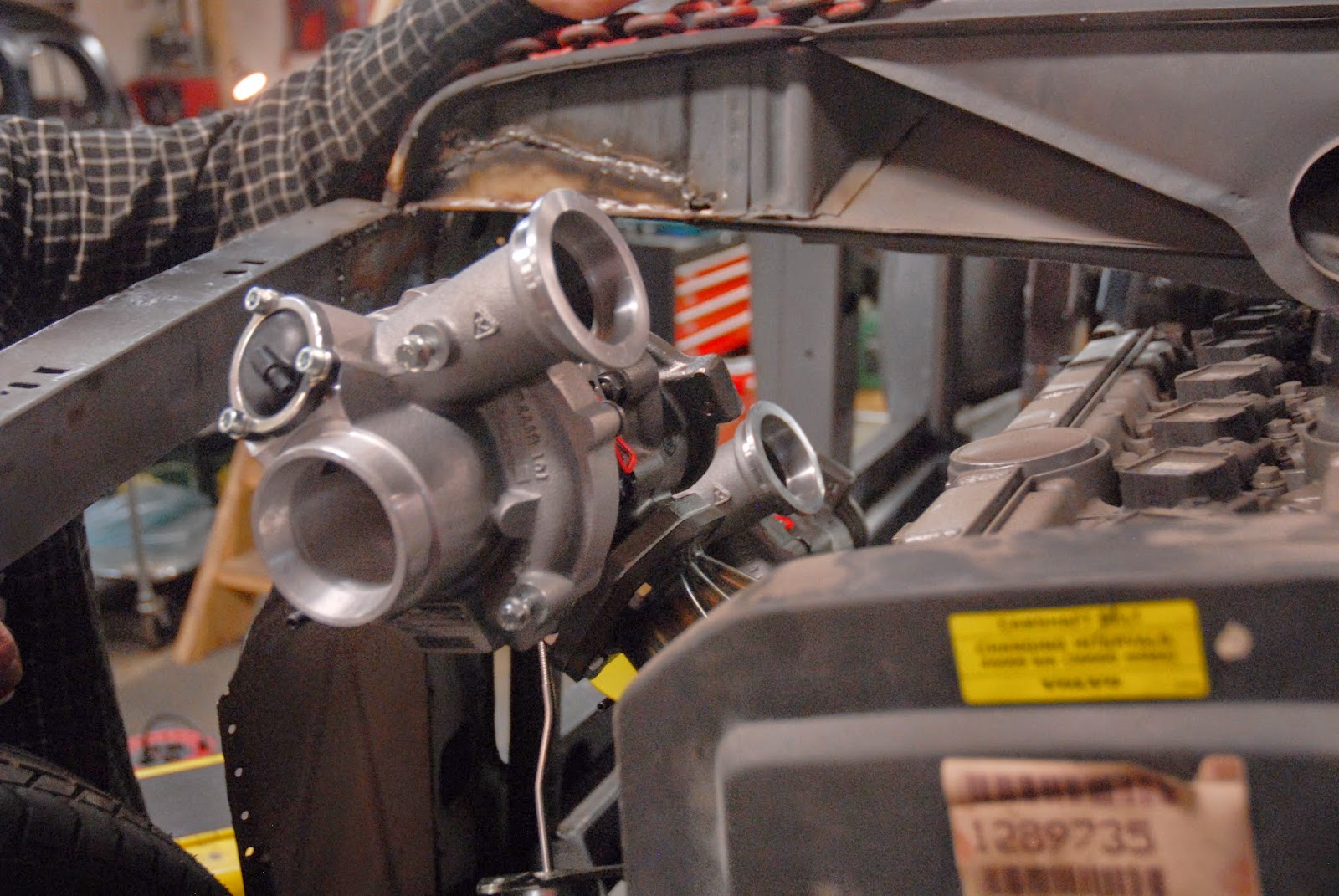 But eventually we found a place for the stay (roll cage-to frame) and the turbo compressor outlet was given a symmetric and potent direction (and yes, we need to adjust the wastegate bracket) 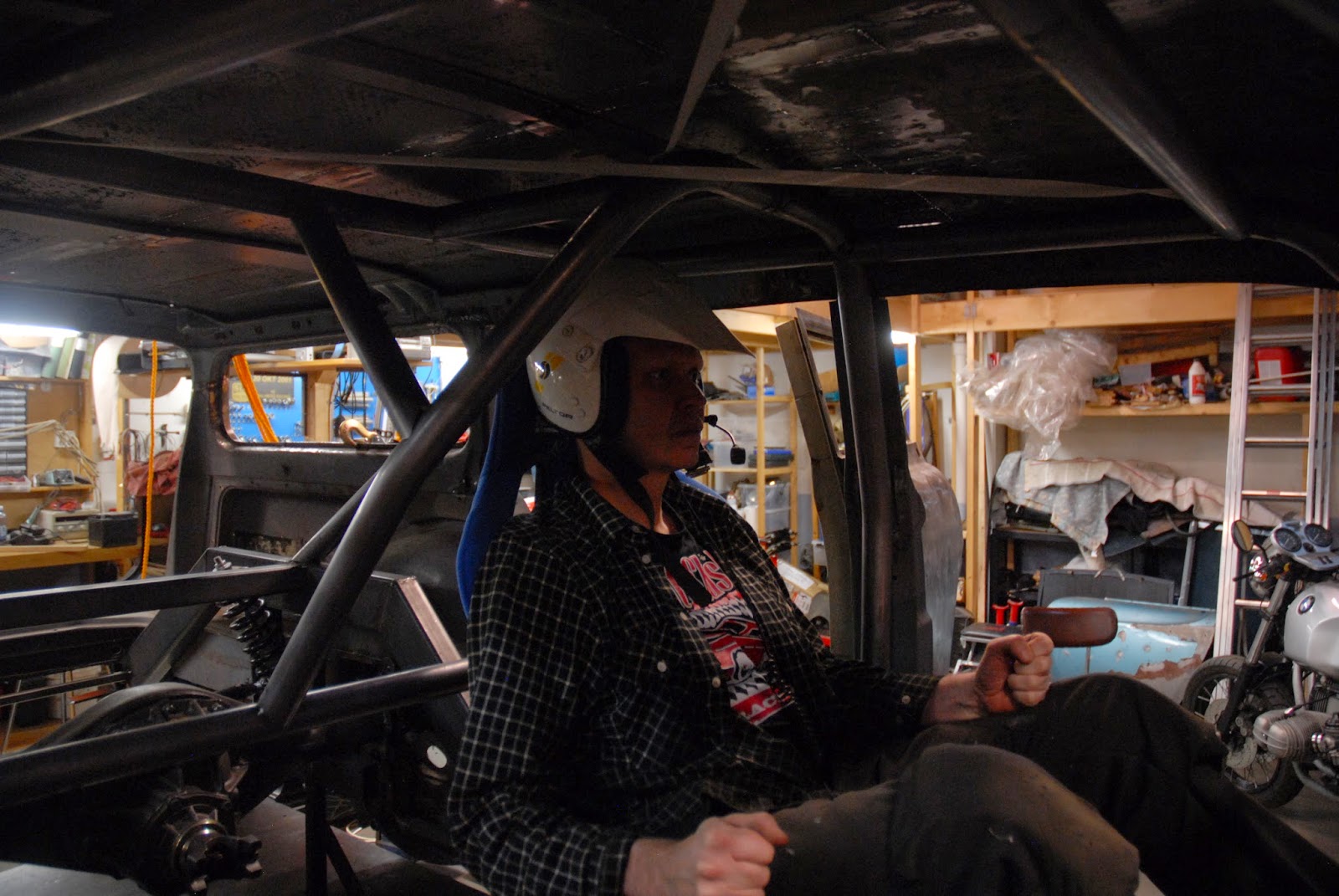 Then as finally, Anders took the driver’s seat and the usual determination look came to him.