A blank sheet of aluminum

During last week, we were out shopping and as you might know by now we're not only shopping groceries... on the list this week it said aluminum. Sheet metal aluminum. 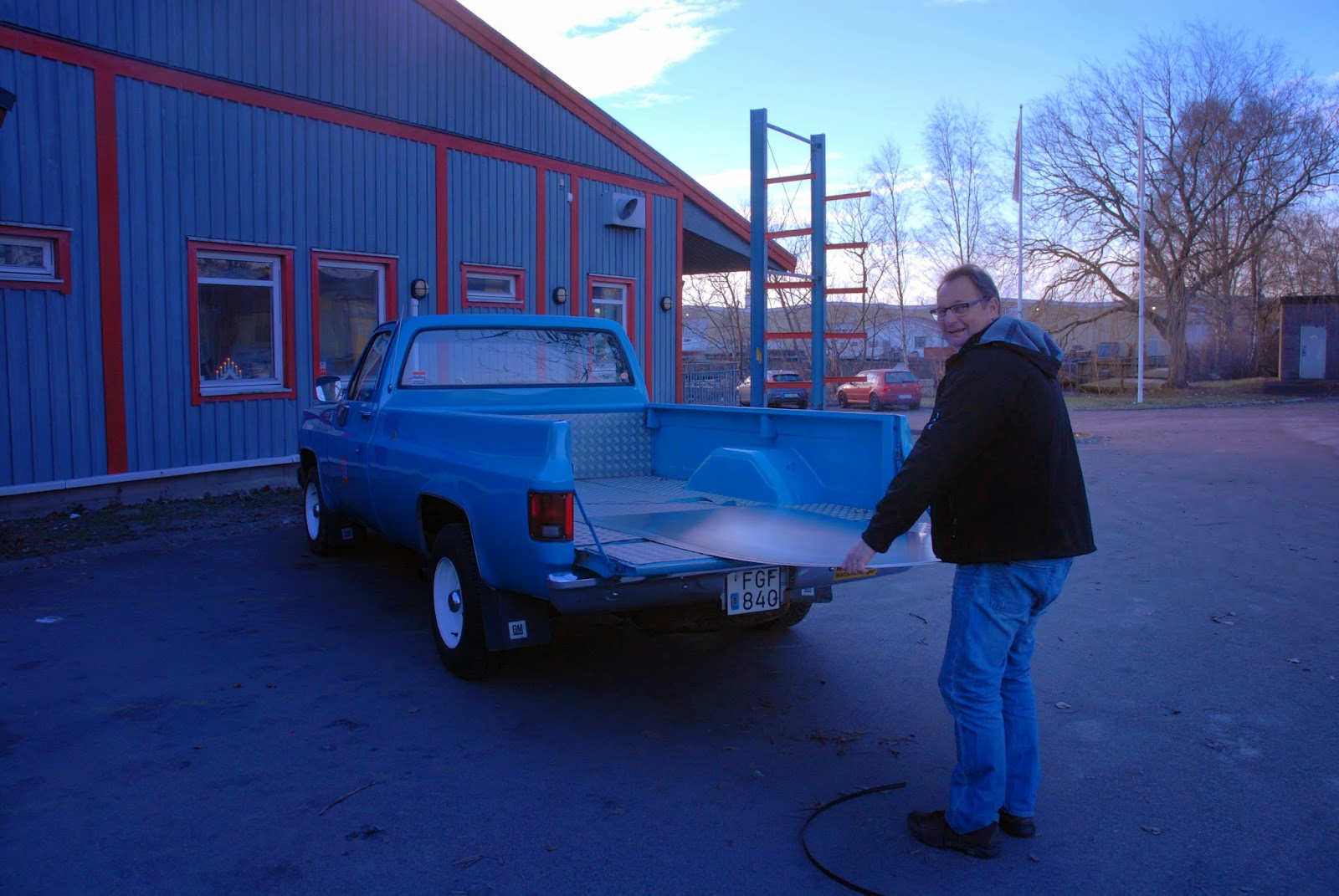 We drove over to Metalservice AB http://metallservice.se, but since we’re cautious, we called them in advance and asked if they had sheet metal aluminum. It became completely quiet, followed by a brute statement that if they didn't have that they would have a problem. Later on we found out that they focus on selling sheet metal aluminum and their storage of this commodity was huge even in a global perspective.

We must have given them a very honest and professional impression since we managed to get an invoice instead of cash on delivery, combined with a fair price. Later on we found out that they knew where our garage is located, which is 2 blocks away from their storage,  so maybe they thought they had us under some kind of control.

Our intention is to start work with water tanks for the engine as well as engine intercooler.

Another enabler is a metal brake and luckily, we've managed to borrow one from a friend which we'll pick up any day soon. 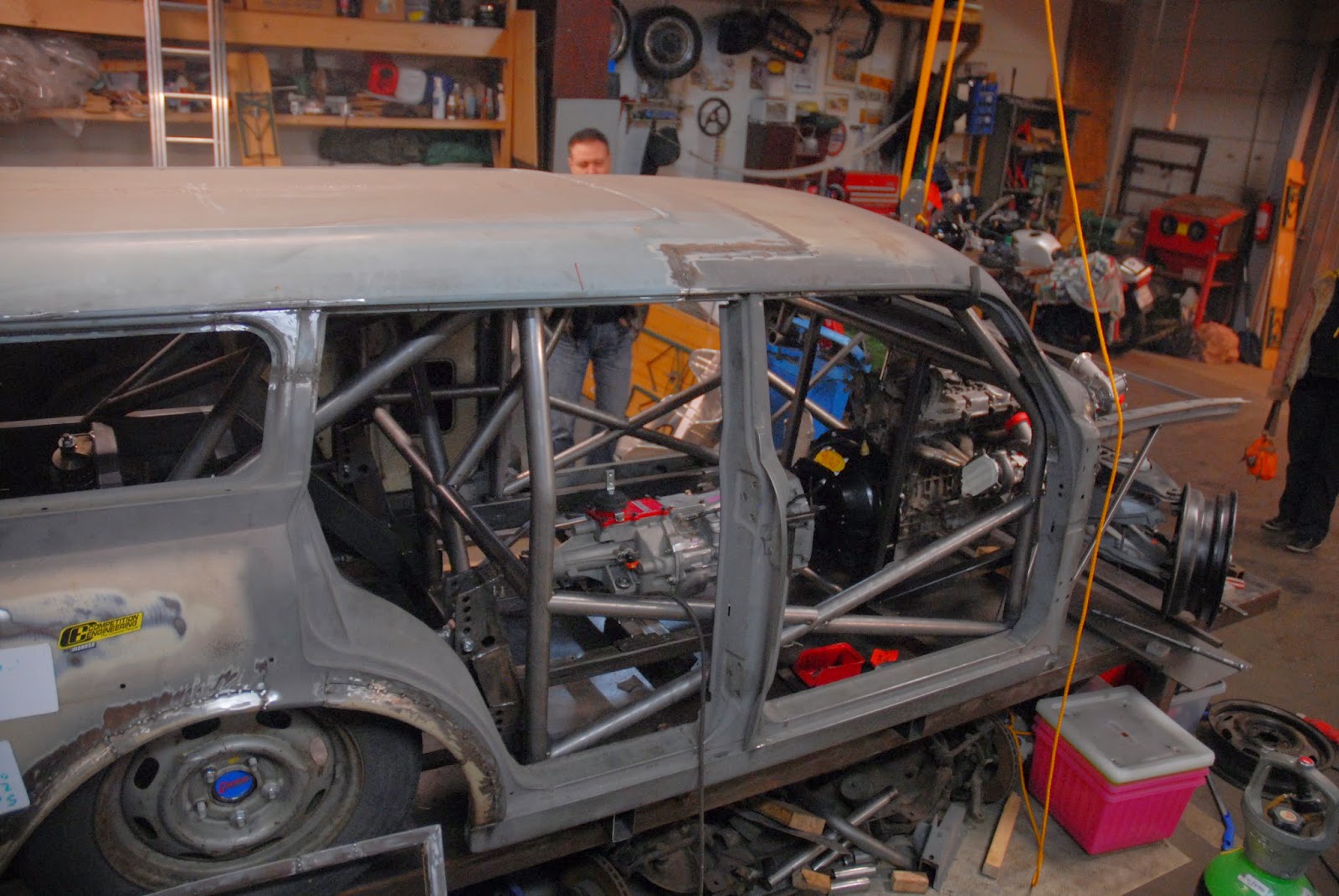 Beyond our aluminim dreams, which includes things that normal people doesn't really think too much about, we're trying to endure January and February and look at the bigger picture a little bit from above. 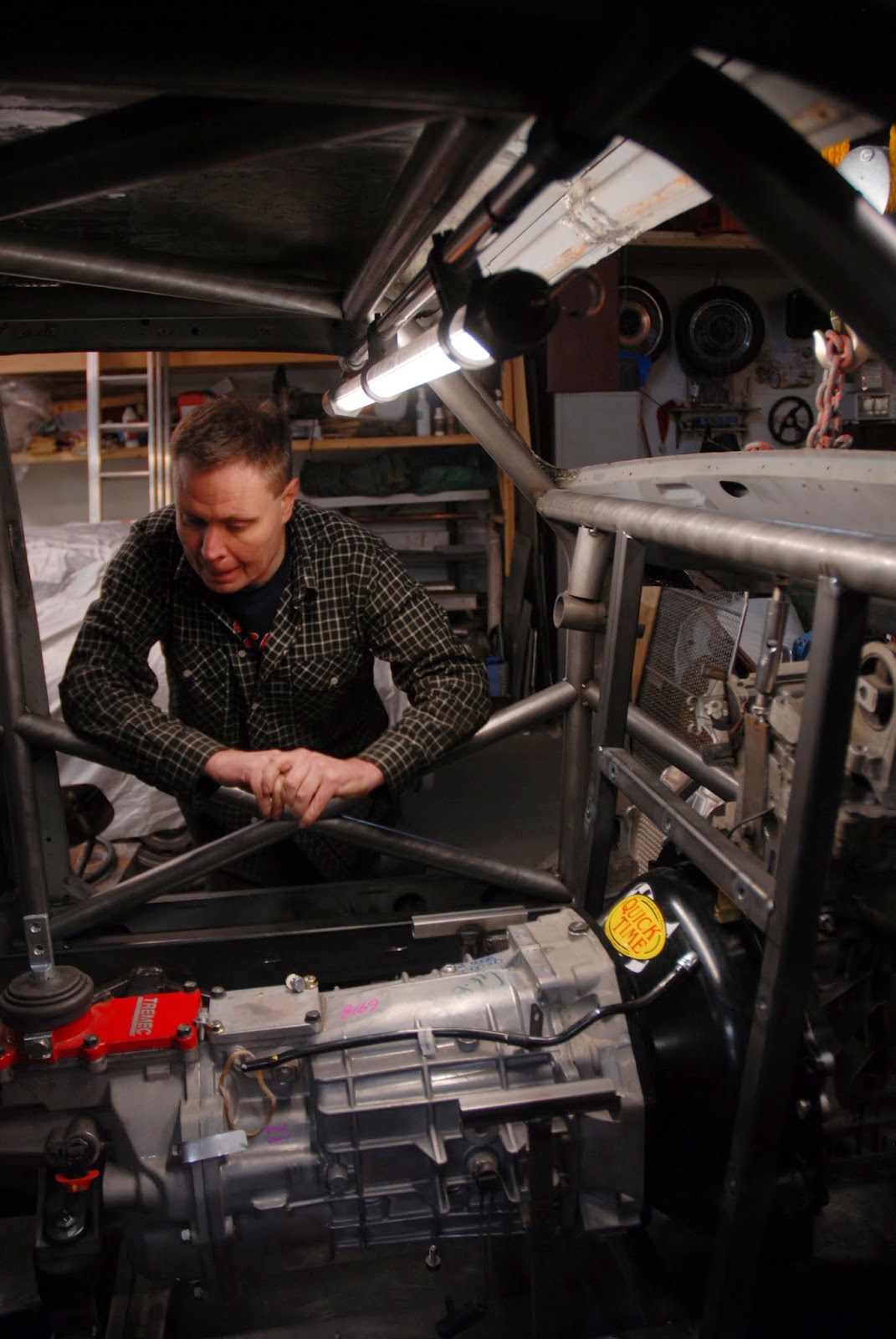 Sometimes when we're worried about the next step, as Anders in this picture, we soothe our souls with som proper measuring, using visual estimate and various gagues. 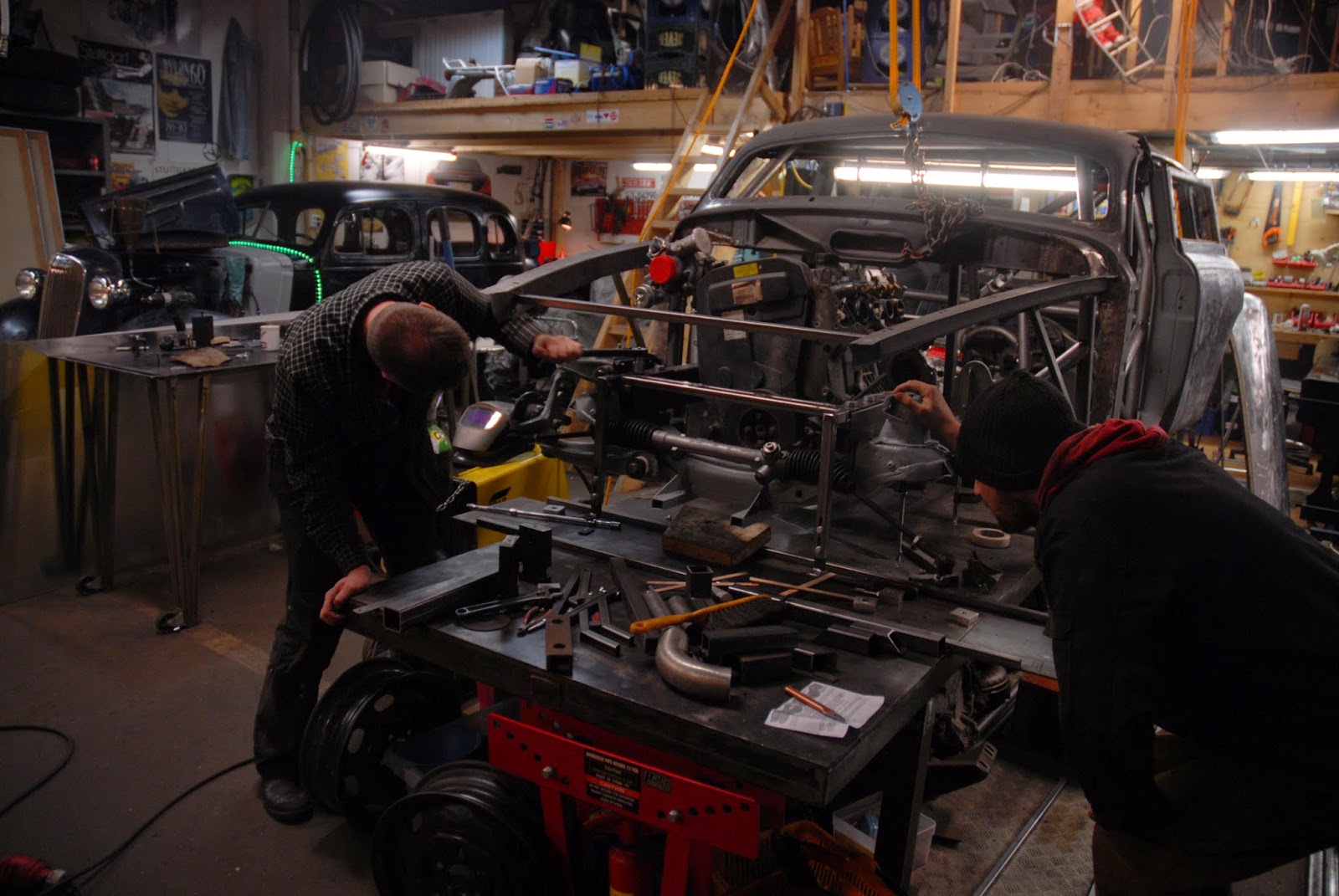 Magnus and Anders here pictured in a winter therapy session. Afterward there was a storm outside. Was it a sign? Nevertheless, we found a way to get to the desired caster angle (by using the Volvo 140 trailing arms) which will give us stability at high speed on the salt and dirt. 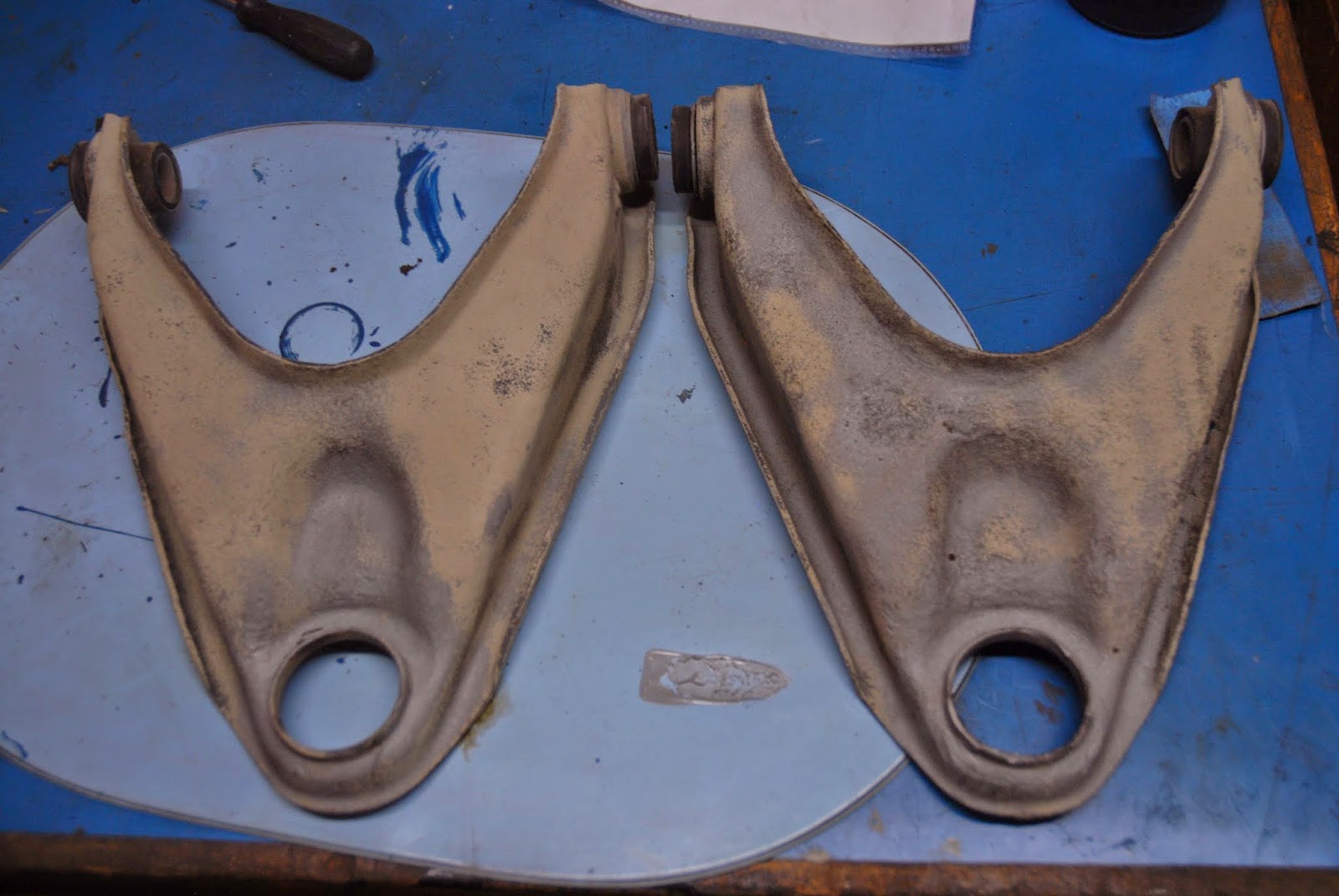 Blasting has already been done. Next step: Surface treatment and painting. And of course, all bushings will be exchanged. 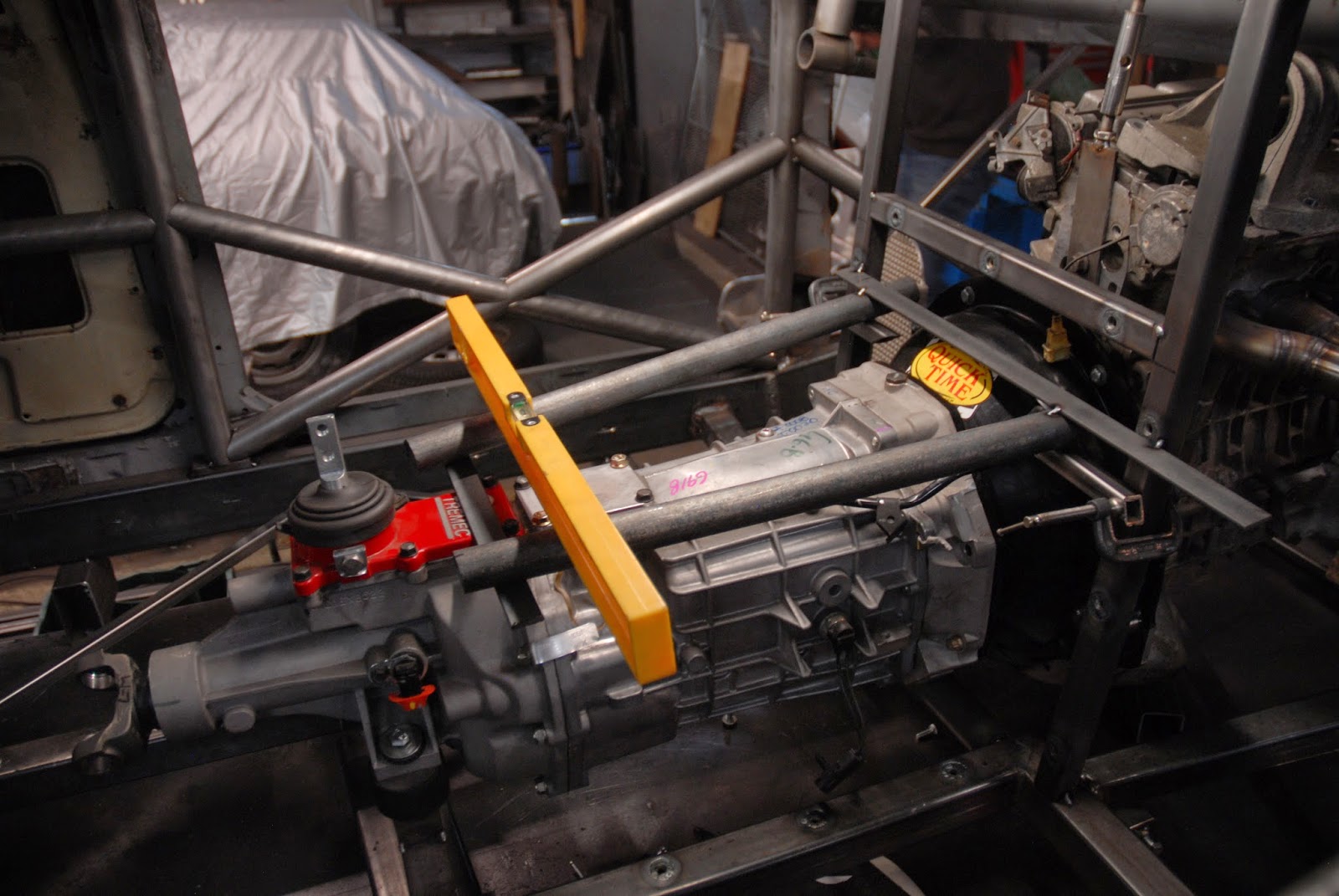 No more worries, we have a plan. At least we have a plan for the hood that will cover the transmission and propeller shaft. The packaging is really tight, but again, since the measurement equipment is in focus, we'll be ok...eventually...I think, or rather that's what I hope.