The past, the present and the future!

To understand the present and be able to imagine the future you have known about the past and the historical heroes.  Because the basics are the same, what was needed then is needed now, and I don’t want to make you disappointed, but will most likely be needed in the future as well.

Yes I know, the circumstances will differ, the technology will be new. But deep down in the bottom it will be the same. It will be a question about determination, will and in the Land Speed Racing case, a need for speed and victory.

This summer we’ve had the opportunity to visit the NHRA museum in Pomona,CA which I as a youngster read about (in the late seventies) in race and hot rod magazine which, for some mysterious reason, was available at the central gas station in a very small remote village in Sweden.

But let's cut the crap. 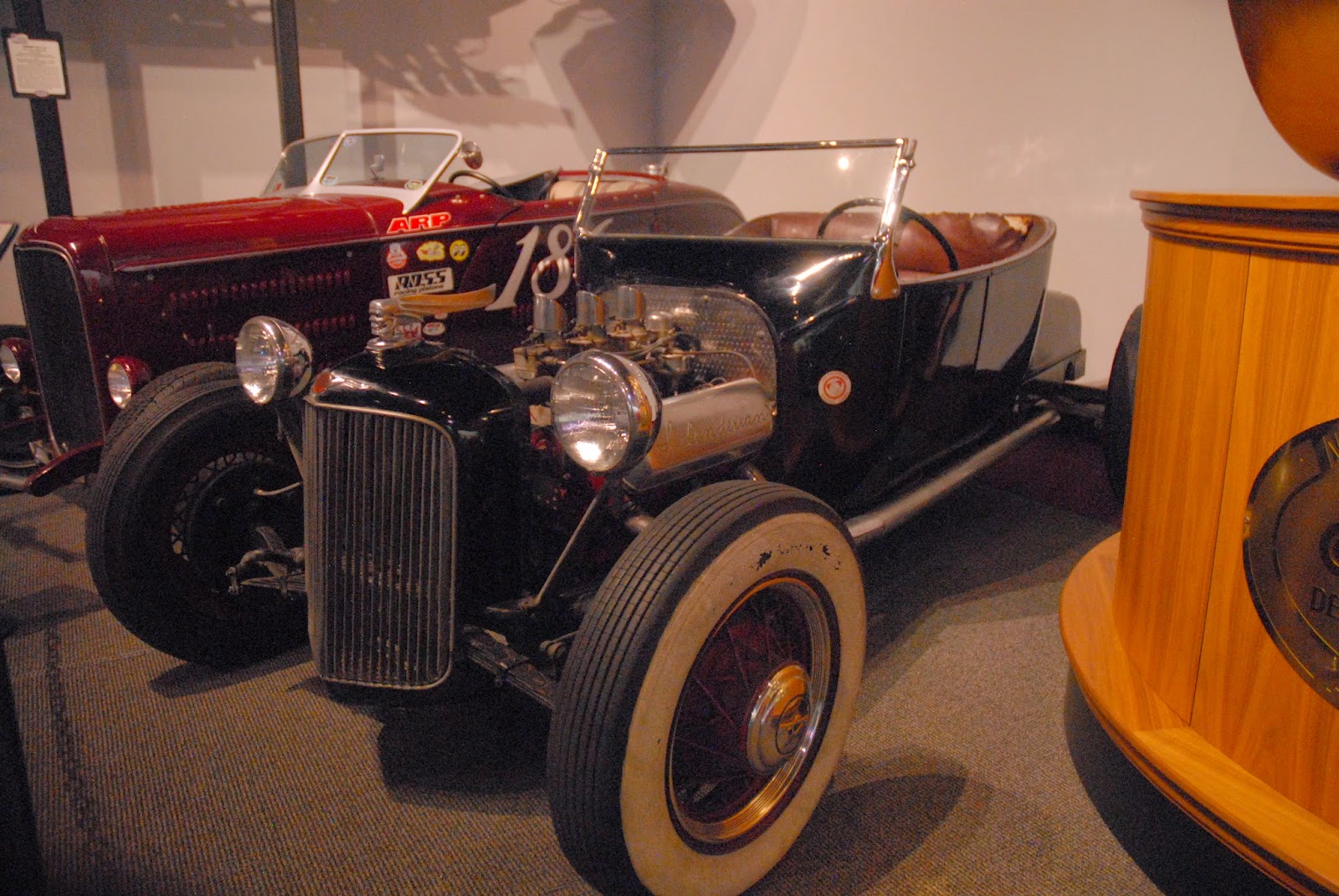 Here’s the Ed Iskenderian back-yard T-bucket race car with an interesting engine set-up. Inlet valves still in the side valve Ford V8 engine block, while the exhaust valves was positioned in the all new OVH cylinder head. And yes, he made the cam shafts himself. And yes, it was reving more than any other home tuned Ford V8 at the time. If it was fast? You'll be the judge, but is was running 120mph (195km/h) on the salt as it stands on this picture. That was in 1942 The budget? My guess? I think it was rather limited...
As a comparision Rudolf Caracciola reached 268mph (432km/h) in 1938 with a purpose made, super aerodynamic (W125) Mercedes Benz, on asphalt with the support of a boosted 4V/cyl, 5,6L, 736hp V12 (dual roots blowers). The budget? My guess? I think it was rather unlimited...nevertheless, this seems to be the fastest run on autobahn to date.
Now to the future. Where to position the SSR Amazon? Well, I guess we're somewhere in between...in 1942 a T-bucket was approximately 20 years old, in 2016 the Volvo Amazon body is approximately 45 years old.
As well as Ed, the SSR team, are building our own vehicle ourselves on a very low budget. But we'll have a better chassis then Ed and a 4V/cyl 6 cyl boosted Volvo engine with 800hp similar to Mercedes.
Will this take us to +233mph (375km/h) which is the target? Nobody knows, but as well as both Ed and Rudolf we'll think about powers greater than ourselves when're trying.
Posted by Hakan at 3:20 PM