Everybody except Carina, Anders and Kalle did love the remains of a former XJS from 1975. The doors, the seats, the trunk lid, the front end...﻿ all pieces of this formerly so proud car was laying around in the workshop for a year by now and almost nobody in the team ever complained...I think...But eventually, it had to come to an end and after we've stumbled over the steering rack one time too much we decided to borrow Carinas C20 and prepare ourselves for some muscle building activity. 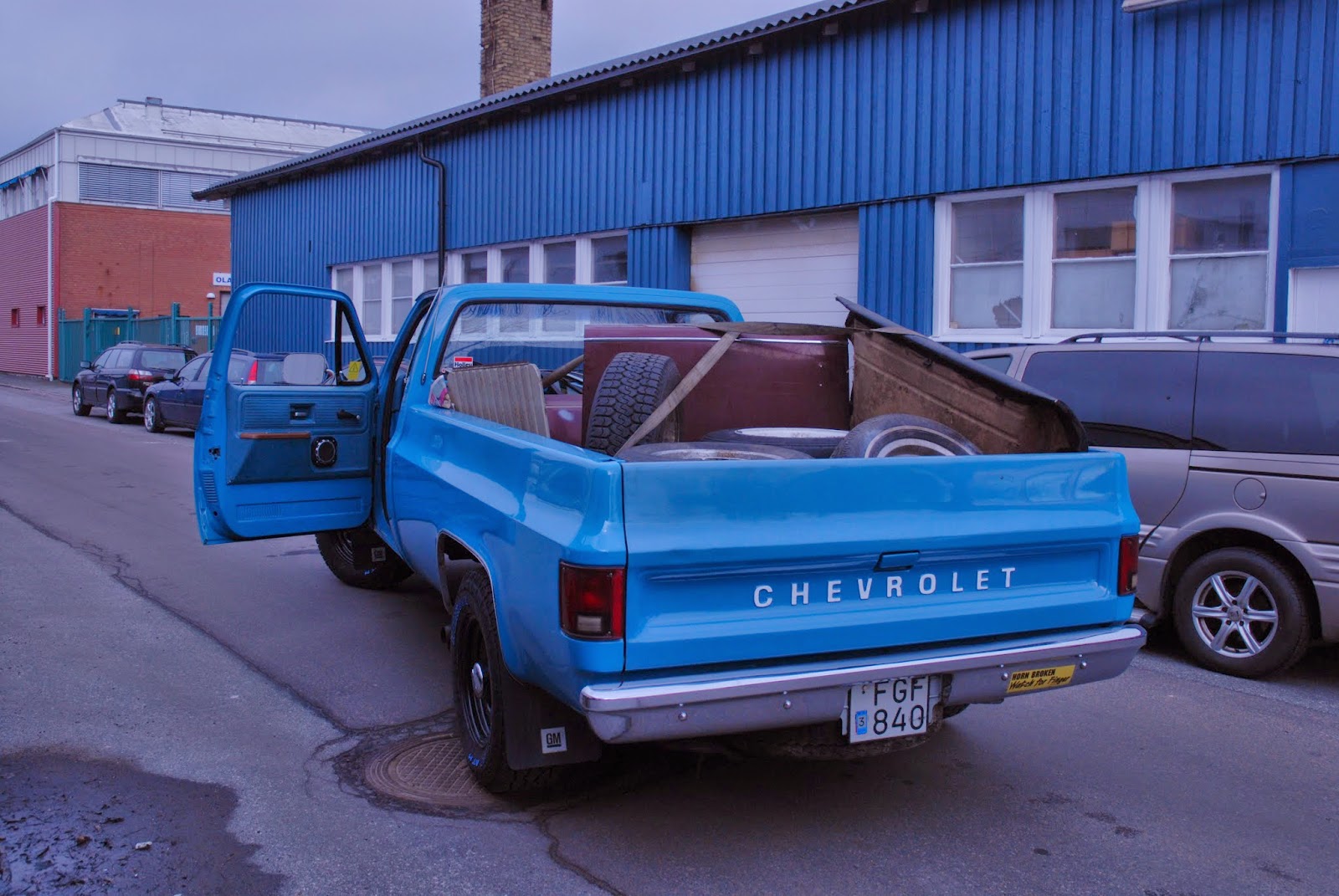 The C20 is here already packed.  We all fought against this reasonably early and very grey Sunday morning in Gothenburg. But where were the rest of the team? They're stretching against the opposite wall, like we've seen guys doing after running around in the streets without purpose or gain. Why? It felt like such a moment, when we needed to mimic this behavior... even though we've done a good job. Strangely enough I still felt pain the day after... Is God good? 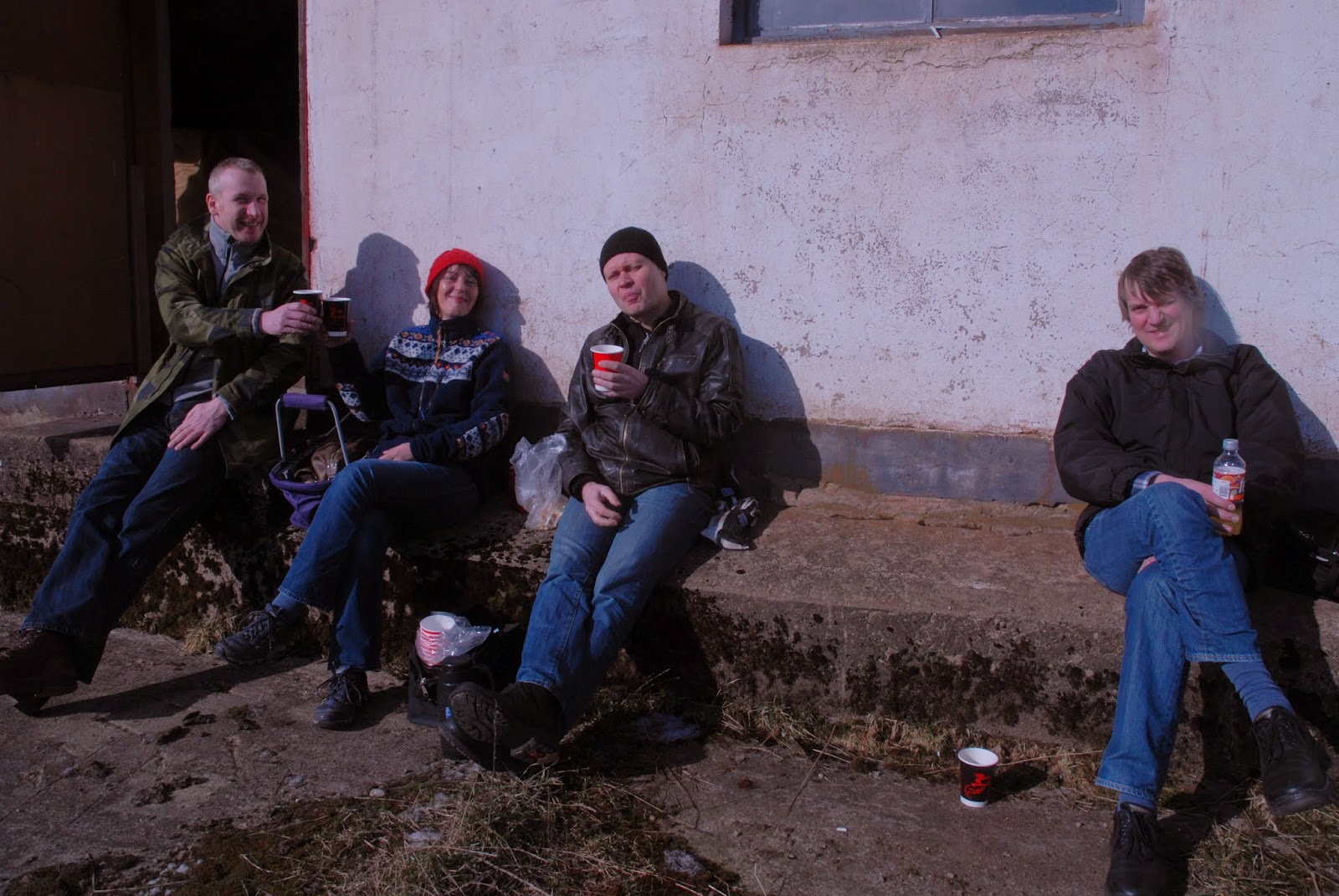 We're getting there. A coffee in the sun. Guess where the photographer has been sitting. 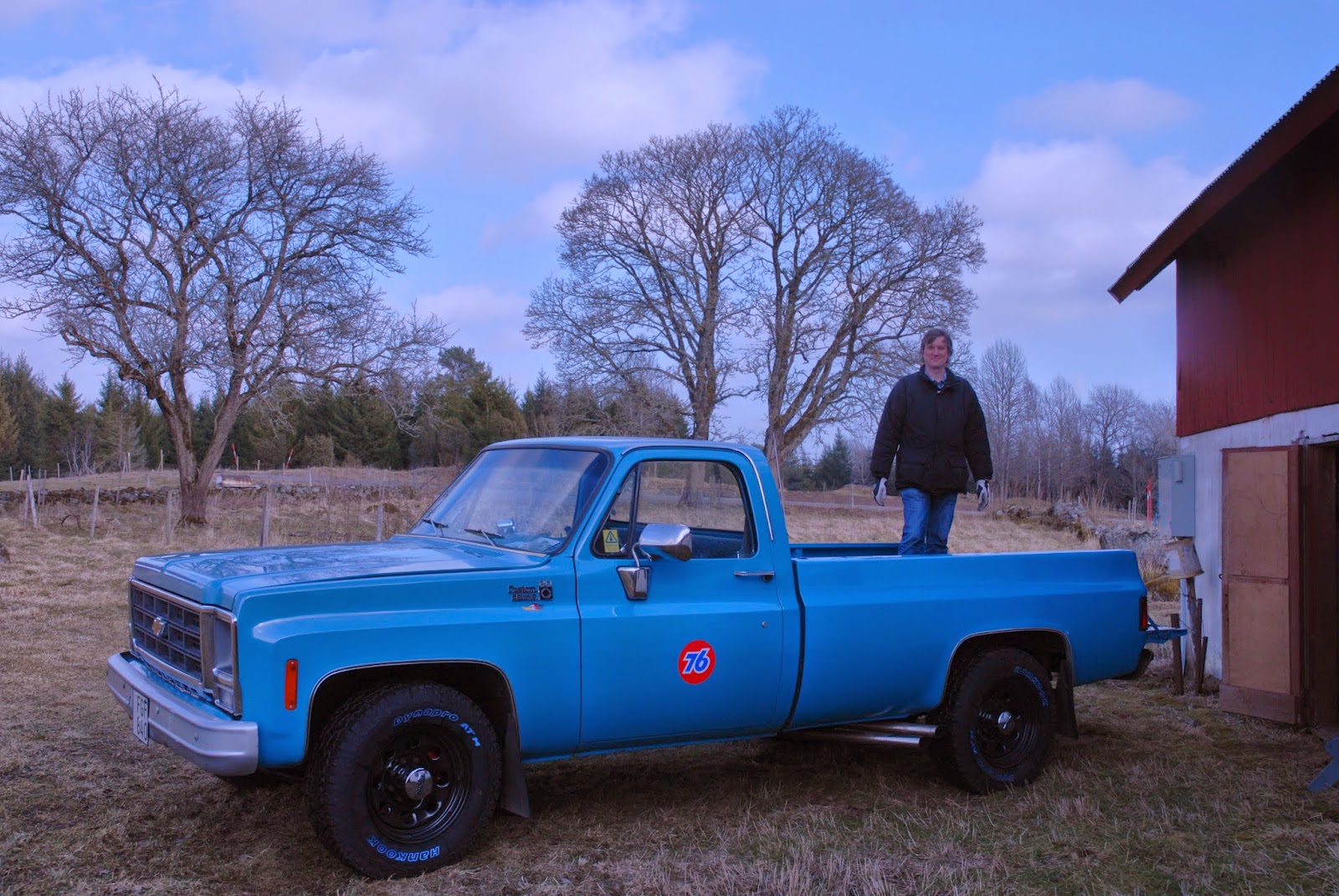 Not only king of the hill. As well alone on an empty pickup bed. Where the rest of the team are? Again, stretching...
Posted by Hakan at 1:53 PM