Meeting customer while getting Gatebil experianced!

It was early Saturday morning.  ﻿The sun was shining trough the blinds. I was tired and I felt dizzy after a week of work and a social Friday evening. But a man's gotta do what a man's gotta do and I was able to rise to the occasion, put myself together and go to our SSR workshop and all of a sudden the short night sleep only felt effective.
After some coffee I remembered where we were heading. We were going to a place were ﻿boost pressure is a necessity, huge power is a must and tires does not last too long. We were going to a crazy, but nice, place. And for some reason the sun was shining. 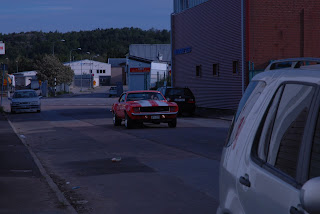 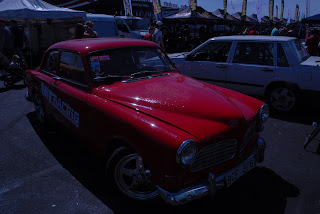 For those of you in doubt, Volvo Amazon cannot only be used for Landspeed racing and hot rodding it can obviously be used for drifting as well. 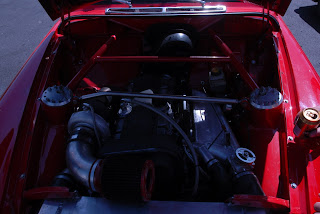 A Volvo 5 cylinder engine and a turbocharger of reasonable size is a beautiful and promising combination. SSR like it. 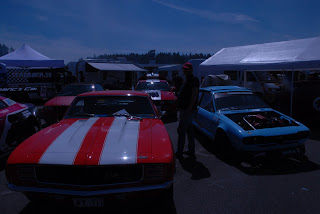 We're all gathered our stuff for a day in the sun and high pressure discussion. 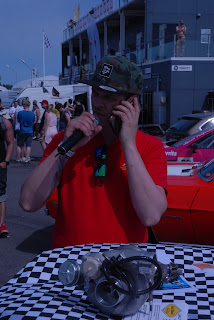 Mattias Jönsson, the speaker, is joining our checkered EFR table over which dreams of power can come through. As can be seen Mattias has an unheard of, simultaneous capacity. 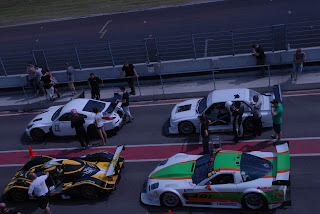 There were fast cars. 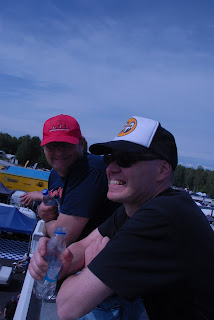 There was sun and speed. Salt Slush Racing team is of course only at Gatebil ( means Street Racer in Norwegian, I think...) by strictly professional reasons...but still, Kalle and Anders does not seem to suffer to much... 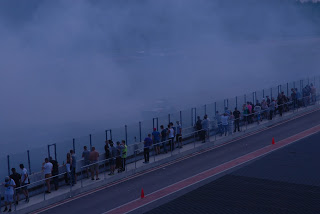 The local fog came with a unmistakable smell of having fun and feel-the-power kind of feeling. 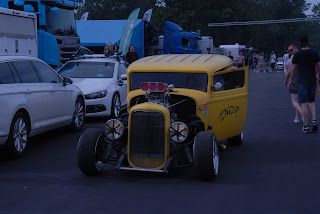 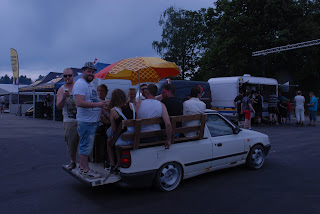 Yes, we had prejudices about Gatebil before we went there and yes, they were all correct. But again, nice. What can a Skoda pick-up be used for? A Party Platform. Of course! 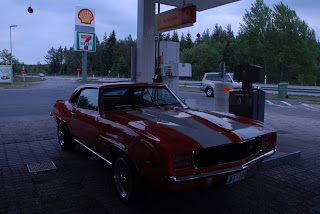 Sun burned with rubber smelling clothes we were howling home the 252km (160 miles) at 4000rpm. Always with an encouraging torque response and lots of visions. Anders Coyote powered pair of wheels was even more comfortable and on top of this, faster.