Above was the the beginning of an English Counting chant which made its way in to a John Le carre's Novel.

If they had known better, they would have mentioned Welder, Metal man, Panel Beater, Leakage seeker, Grinder etc.

Why? Because that what makes sense when you build a water tank to the cooling system.

As we told you before, we are beginners regarding AL welding but with a steep learning curve.I spent last saturday cleaning up the welds since the tank leaked like a clogged strainer, now we passed the level of a slightly leaking tank so one more clean up day and we will be OK. 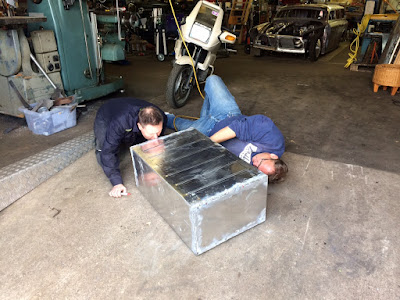 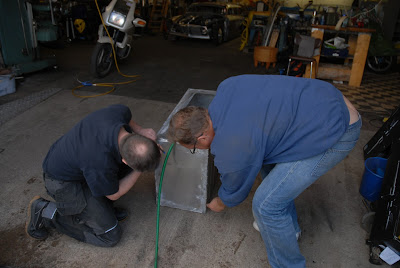 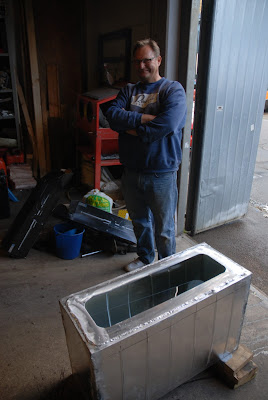 Be reasonably proud. Takes only one. 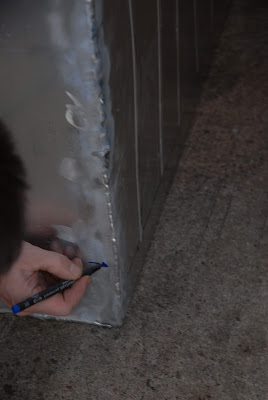 To point out small weakness still there. Takes only one. Another one. 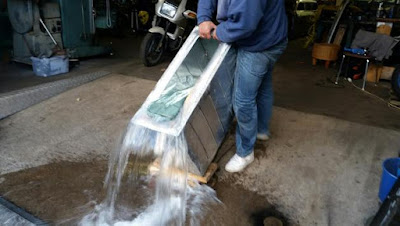 Pour out the water and prepare for the final adjustments. Takes only a couple of hours.

Posted by saltslushracing at 12:07 PM