Paint & Pipes and some cool stuff

Everything was set for workshop progress today.

We met up and gathered around a cup of coffee and since we're prepared for the most drastic disaster, we didn't show any sign's of frustratuon when the coffee machine basically blow up. Instead we made quick swap to a spare brewer.

Magnus were busy working with oil and cooling pipes for the life giving turbo's. Cutting up and weld the pipes that Hakan has bought as suitable donor pipes to modify. 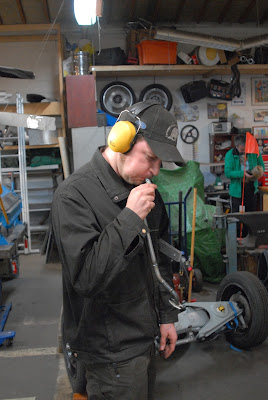 Magnus takes the opportunity to play the turbo flute. 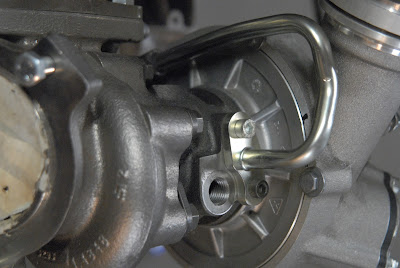 Before the final oil inlet concert. (yes, the picture is turned 90 deg) 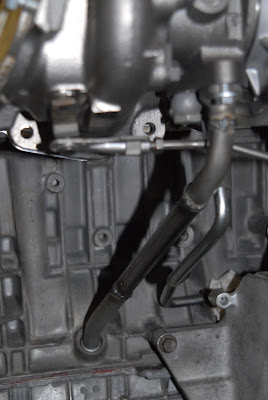 Turbo drain pipes should have a steep slope. Like this! We're good!

One funny detail is that Hakan designed some of these turbo pipes (some or many years ago) but he´s rather old now, not slow, but old.

Anders had been extremely productive and therefore he has arranged a poor mans spray boot with some ventilation devices, to handle the spray fog from the water based paint. Every one covered up what they wanted to protect, and as usually, the one that spray paint in a big common garage is the most hated person if it goes bad. 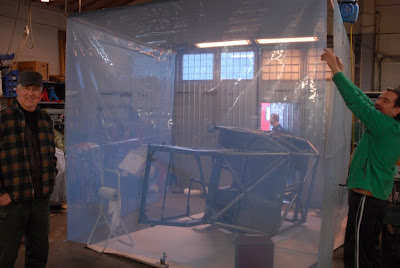 Therefore, Anders spray boot contraptions was assembled with support from others. 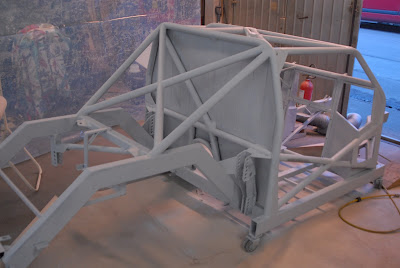 A first and good layer of primer was applied. 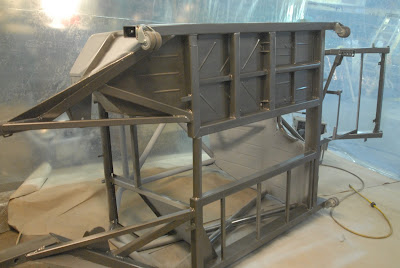 Then, out of the fog, came the speedy frame all dressed in hard working speedy machine paint.
﻿

﻿
I kept on working on the cooling tank and focusing on the internal fixation of the two Volvo V70 coolers with pipes and hoses. The coolers are to be set up in series. As always there is an improvement of ideas and we will probably add a circulation pump for the water in the tank to avoid local hot spots. 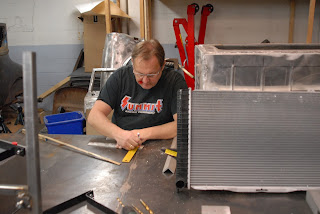 Besides of working we are heavy in to dreaming and discussing different vehicles to buy and we have some interesting ideas in pipeline which will be revealed in the future pending that we don't change our minds. Currently, we are all in for pick up trucks of different types.

Carina started to wax her C20 which is right now in the Salt Slush workshop for some winter TLC. 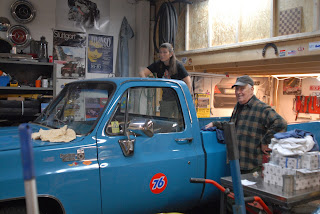 Carina, her father-in-law and the C20.

Anders Dodge Hemi Ram was parked outside together with Magnus S10. It's only me who is without Pick Up presently...


Posted by saltslushracing at 2:54 PM