Small step every day means a giant leap in the end. But to make small step we had to lift off the body again. Which means that our racer stood there naked again.
But when the weld and grinding smoke cleared, Magnus could make some final precision adjustment to the crank sensor position which meant milling off 1mm from the bell housing (but yes, he had to separate transmission and propshaft apart again) and today, Anders installed and connected the broad band lambda sensors. 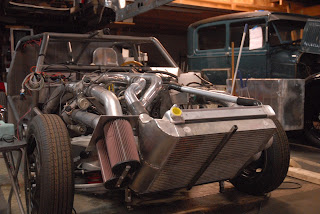 The Power calibration is coming closer and closer. Cooler and pipes indicate airflow. Airflow means power...hopefully a lot of Power. 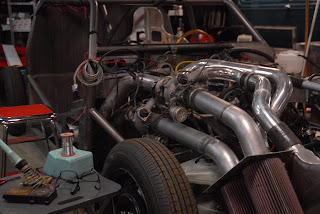 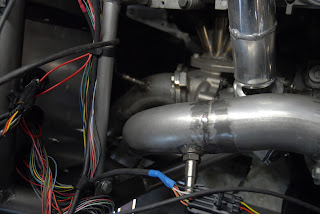 Last, but definitely not least... The Broadband lambda sensors. Mechanically and electrically connected.