As the Salt slush team woke up this Sunday, we were all energised and exited. Even the Sun was shining (in Gothenburg!) on our trailer as we were heading for PRD Motorsport in Gothenburg. Why this cheerful atmosphere?
Well, everything worked just fine, since last time, we've fixed the oil leakage and the coolant system did not erupt anymore.  Therefore we were ready for some serious power. What could possibly go wrong?
As it turned out, our worst fear about the parallell bi turbo system became real... But let's start from the beginning! 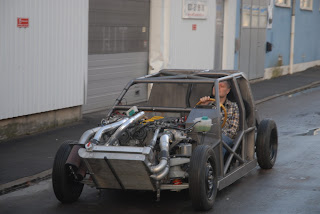 It drives like a daily driver! Anders is attacking the trailer with confidence! 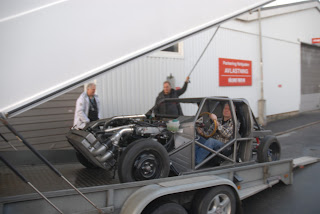 On board! We're good. No door, no roof, no exercise needed to get out of the car. 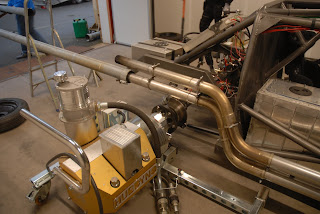 Rotortest and Exhaust pipes being assembled. We're still in The calm before the storm mode. 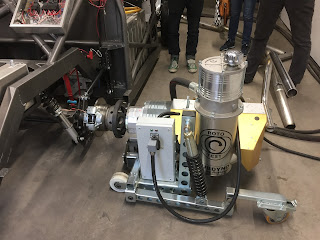 The Salt Slush Amazon (well at least the chassi) connected to the PRD Motorsport Rotortest. 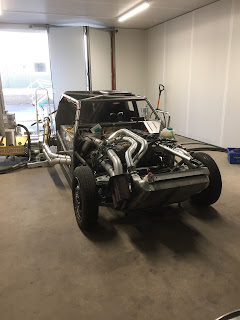 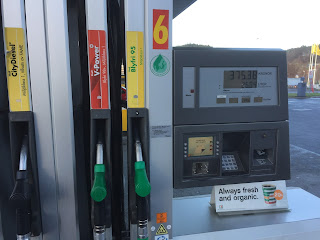 We filled up the tank with Shell V-Power fuel (RON 100) available on tap Sweden. 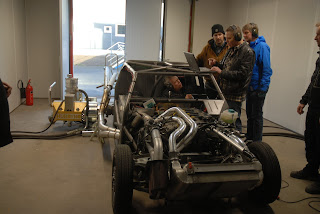 Magnus, Anders and P.A at the laptop and Håkan at the pedal. 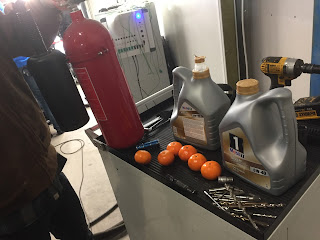 Health balancer: Vitamin C and Mobile1
The base boost calibration (fully open wastegate) was done faster than a normal Swedish coffee break (almost) and with 0.4 bar boost pressure we eventually reached 335 rear wheel horsepower, which means approximately 350-360hp on the crank. What a start! Not really the wanted 900hp, but it proves that we´re on right track. Just add some boost and then... still no leakage and a coolant system steady a could be. Life was good. 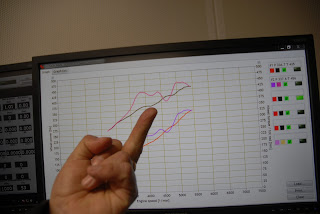 All good? NO! The fear we had about compressor surge became real.
Yes, we know and we knew it from the start, that two rather small turbines, two pulse dominated, low volume exhaust manifolds and two high flow compressors is like asking for compressor surge. But still. When we experienced compressor surge after seconds at 5500 rpm the team spirit went from good to bad mood.
But then, suddenly, we realized that we are Salt Slush Racing and we have a solution! It's called BorgWarner EFR 9180 and we have it on the shelf!
And honestly speaking, we have been talking about the change a long time because we really love the EFR series and this change will solve the problem. Yes, we need to re-do some plumbing, but after all building exhaust manifold is fun and relaxing (Magnus words).

Current status:
Old turbo system disassembled.
All tubes and flanged ordered.
Base boost power is really good.
Team spirit and the good mood is back.
900hp is within reach.
To be continued...


Posted by saltslushracing at 1:13 PM