Håkan and Carinas Daily driver the Jeep Grand Cherokee 5.9 have suffered from a leaking exhaust system which had to be fixed. Håkan managed to make mental space for some TLC.
It failed in the yearly car inspection and Håkan was under pressure since the Cherokee is Carinas daily driver and their weekend transportation. So a lot at stake.

Usually all families have a dark part they try to keep under control.
In some families the one who squeezes the wrong end of a tube is The Issue. 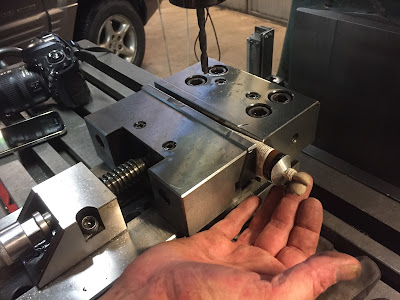 Håkan for sure not wan't to end up there so he put up the exhaust paste tube in the Vise located on the Sajo 50 milling machine, Usually you try use force and tools proportional to the task ....Håkan didn't. 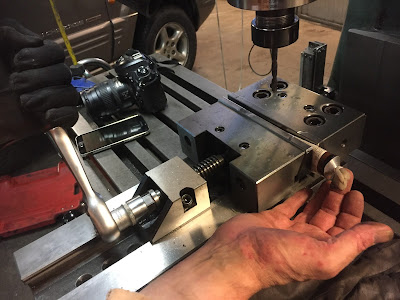 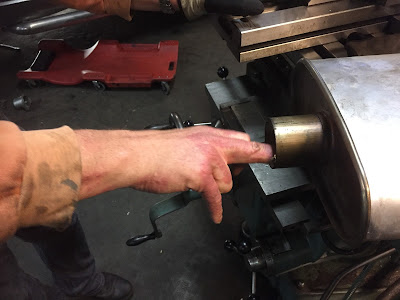 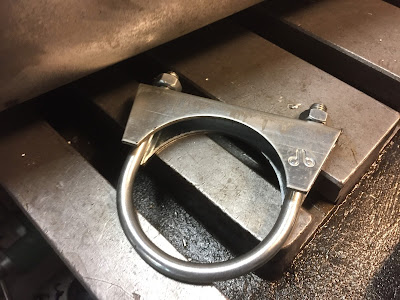 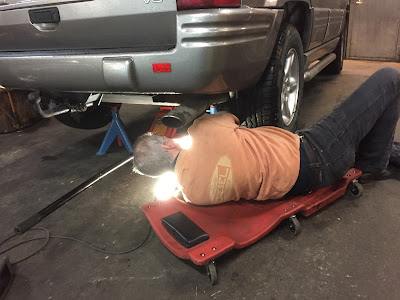 Epilog
The Grand Cherokee was approved yesterday and Håkan & Carina could focus on Christmas preparation and the change to a single EFR turbo installation on the SSR Amazon.


Posted by saltslushracing at 9:51 PM