Milestones and Rewards & Guts and Glory

Milestones. When reached a milestone you've been traveling for a while. You've been fighting and struggling. You've traveled through rain and darkness, through mud and high water. But then one day your 're standing there, in the sunshine, with the struggle behind you.

Feels good, feels great. You feel relieved.
That's the point we reached today. Not only did the sun shine upon us, the part load calibration started to work as well. For a short period of time we were in heaven.
What follows below are happiness with a grain of fear when pictured. 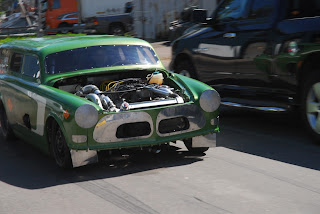 Speed is what we're looking for but today we realized how fast and strong the Amazon is. It's brutal. Which is nice. Smoking tyres on any gear ain't exactly a problem. Rather the opposite actually. 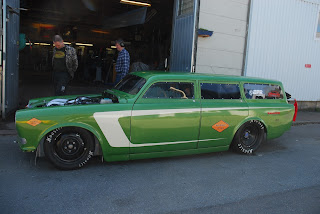 Waiting for the hood and the aluminum spoiler. 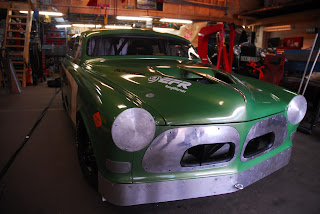 Front face ready for The Track Test. Everything assembled and tight. 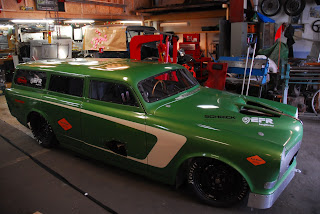 Did we really build this rocket? I guess so. A moment of contemplation. Let's start to get mentally prepared for the Speed. 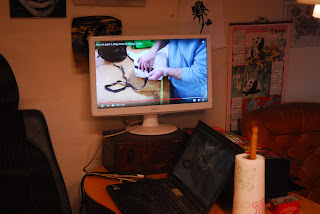 At some point it's time to slow down. But how? Perhaps by using a parachute? A suitable device for speed reduction, but you've got to prime it correctly first. Magnus and P.A were silently looking at instruction video's on Youtube to learn how. 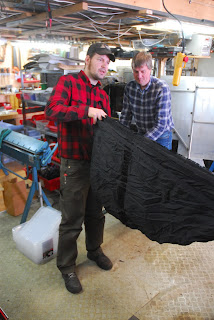 At some point in time they were ready. It was time. Time to fold the sail and dream about the feeling when the parachute opens up at 378km/h (235mph) when flying over a surface of salt.
That's what we think of as relive and glory combined.