We all know that Land speed racing at El Mirage and Bonneville is an essential part of Hot Rodding both as a birthplace and as a carrier of the tradition. But how did the Swedes get in to this ? 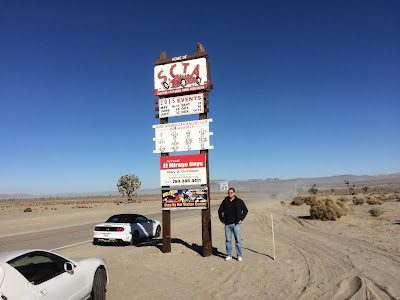 Myself at El Mirage

Well, lets go back to some sort of beginning for at least me.

In 1977, two years after the ending of the Vietnam war, at that time Sweden was mildly described different than today.

Sweden was then a conformist society, the individual was a part of the collective managed by a Semi Socialistic Goverment with strong focus to control and define the best for the abidient Citizen.

In some groups, something like an alergical reaction developed. These creative groups were searching for a different definition of; What was best for You.

The reaction ended up in a strive to express yourself and dare to be different ....like building a Hot Rod.....and a curiosity of the American dream. One of the first trigger or evidence for me was 16 pages in Tekniken Värld about Hot Rods, Customs and The American dream. Mind blowing at the time. 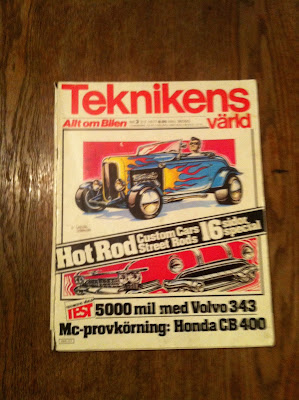 In the article you could read about the Pioneers in Swedish Hot Roding, the ones who built the first 1932 Roadster according to how it was done in US, in those days. The right parts the right stance.  The names of the pioneers were to become the guides for us, who were searching for ways in to Hot Rodding.

The strength in this trigger was enormous. Instead of becoming a dentist like my father my focus turned towards the Automotive business and The Hobby.

First car became a Ford Model A which my Father restored together with me,

32 Years later I started my 1932 Roadster with a Chrysler 354 Hemi,
40 years later I participated in Land Speed racing at El Mirage  with our race car the 449 SSR Amazon.

Next Year 2018 we plan to race at Bonneville.

Due to above You find Swedes who have found there way to L.A.  and we're as well busy being a part of the Hot Rod scene there. So when we rolled in at El Mirage with the SSR Amazon we ended up in a "Swedish (Scandinavian) Colony". 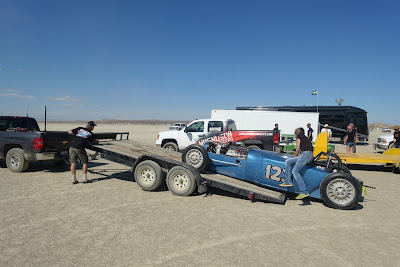 Erik and Ruth unloads the 123, 29 Roadster.
Behind Erik's and Ruth's pit you see the Salt Slush Racing Amazon Pit.
Behind the Amazon you see Håkan Carlens Pit. 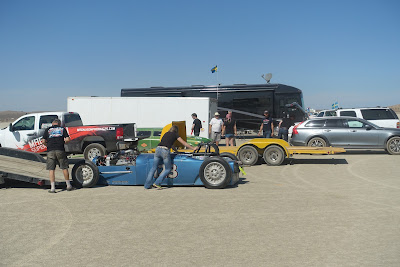 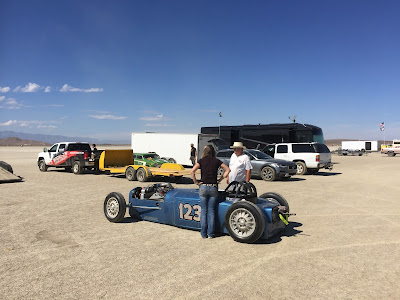 Here's Ich as he takes a look. Ich worked by Volvo Cars in L.A. Volvo is kind of Swedish! 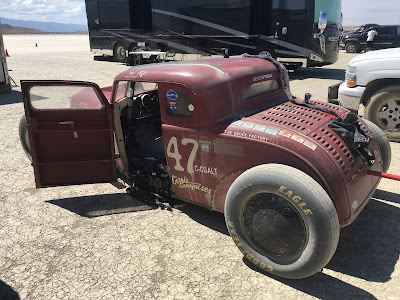 This is Håkan Carlens, "Swede",  racer built originally by Roy Fjastad who had some Norwegian connections if I remember correctly. 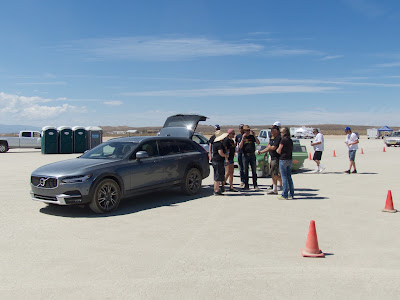 We had a Volvo V90 Cross Country as support vehicle which worked just fine.


Posted by saltslushracing at 8:27 AM