Ever since Ed Iskenderian printed the first T-Shirt and took it to a Land Speed racing event 60 years ago with the purpose to promote his Race Cams, a T-Shirt of your own design is a must for a Race Team with some kind of style and ambition. So, here's the Salt Slush T-Shirt 2013-2017 collection in chronological order: 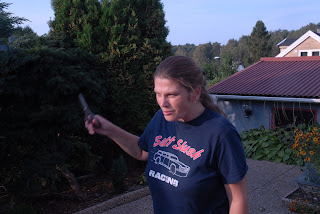 Carina in action, dressed up the first edition from late 2013. Obviously sold out. A collector item. Will not be reprinted (at least not in this color). Design: Anders 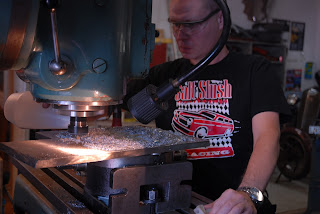 Anders all dressed up for serious milling in the second edition from the 2014 area, when we were in flywheel machining mode. Jepp, sold out. Design: Magnus Brother 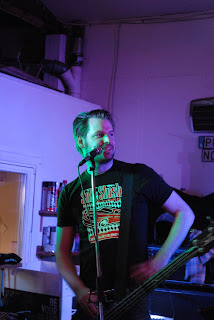 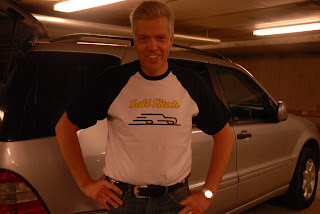 The 2015 edition, which was the first T-Shirt with Salt Slush car/speed logo, An epic design made by Carina and Anders on a napkin in a bar in L.A. A few of these masterpieces are still available. 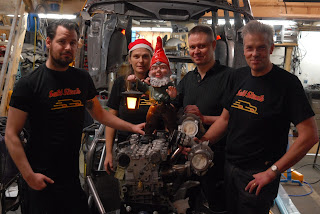 Salt Slush Team in Christmas mode and even though it's still 2015 we're already dressed up in the popular 2016 edition. A few sizes are still available. 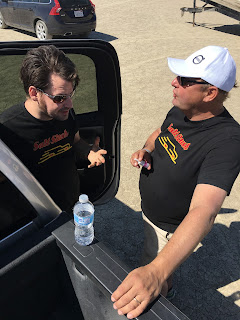 Another evidence of how well the Salt Slush T-shirt's make you ready for the task. Kalle as The Desert Doctor and Magnus at The Patient who's being (almost-) cured.
﻿ 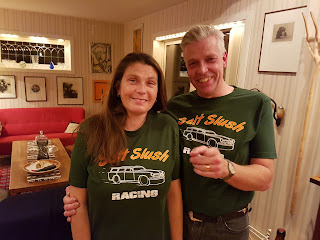 Salt Slush has decided to make green great again. Therefore we printed a 50 pcs special edition. These will be regarded as the rare 2017 year edition.

And yes, we're working on the 2018 Salt Slush T-Shirt, which will not look like anything we've produced before....
Posted by Hakan at 2:19 PM