No matter how many years I've been working with engine design and engine builds , no matter how much I know about these machines technically, it's still magic when fuel is converted to torque and power. The sound, the vibrations and the freedom that comes from the liquid nectar called fuel has always been amazing to me.

No matter size, age or machine type the energy conversion that happens in those cylinders is truly a mystery.

As well the mechanical part of an engine is appealing. The precision, the mechanical cleverness and the sometimes, the simplicity. Development in small steps over more than a century has change the internal combustion engine from crude to incredable.

In addition to the energy conversion and the mechanical clockwork factor there are other important things when it comes to engines. Factors of more subtile type, I'm talking about engine characteristics, engine sound and not the least, the appearance. In summery; the coolness factor.


1. Our Race Engine - Volvo N3T
When we built our Landspeed Racer (The 449 Amazon) we were in need of a robust base engine with all the right bells and whistles that would make it suitable to perform at 300%-400% of the original power rating, without too much modification.

Since the T6 engine was already a turbo engine there were a lot of things for free. Piston oil cooling, forged crank, BIG main bearing (65mm) cast in iron liners and cast in main bearings, just to mention a few things that makes life easier as a tuner.

The only modified parts are the conrods (H-Beams), the conrod bearing (somewhat more clearance) and the camshafts (more duration). We built a new inlet manifold, applied injectors of appropriate size and added a BorgWarner EFR 9180 turbo with wastegate 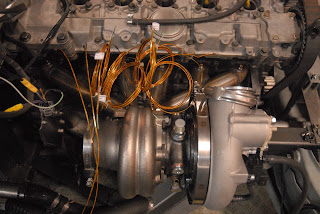 2. The Ardun V8
Before the amazing Chrysler Hemi was created the Ford flathead V8 was in production. A generally good engine in high volume production. But there's a couple issues with flatheads….due to the combustion chamber geometry it's hard to get a fast and efficient combustion and in addition the engine block might get overheated (when tuned) since the exhaust channels are routed through the engine block. Zora Arkus-Duntov realized that combustion could be faster, power could be increased significantly and the cooling problem could go away with a Over Head Valve conversion kit.

With this early man Hemi conversion kit the Ford Flathead moved from being a 100hp engine to 300hp monster (and more). This was back in 1946...

Since then the Ford V8 Ardun engine has been used in Swedish Racing (Nordisk Special) in Indy Race Cars, in Sports Cars and in Hot Rods and not the least in Landspeed Racing.

Besides, it's amazing to look at...iconic. 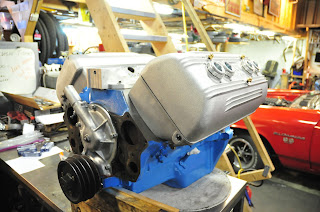 In progress: Our Ardun V8 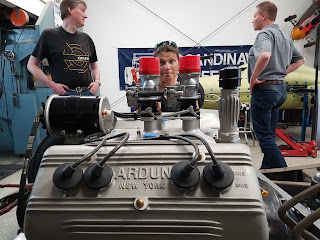 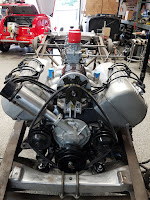 Inspiration at Erik Hansson place
3. Our Supercharged LS engine(-s)
We cannot avoid it. We need to write about our LS engines as well. Our Supercharged LS engines. Modern LS engines from GM are perhaps not the most beautiful engines, but they are robust, small and light. Google the dimensions an be impressed. Google the weight of the aluminum version and be amazed. It's a push rod engine that revs up to 7000rpm. But there's another way...Supercharger!
Here's our take on LS... 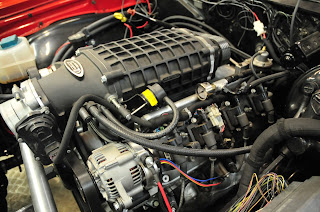 Anders added a LS3 heads on a LQ4 and a Magna charger from Magnuson on top. 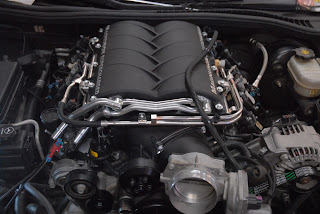 I added LS3 heads too and a Magnuson Heartbeat supercharger on my LS2 engine.
The result?
It's fast.
That's all for now… In coming blog posts we're going to write about…thing like..
The revvy 302 small block.

Here's a taste of a well build Chevy small block 302. Yes, it has push rods and two valves. 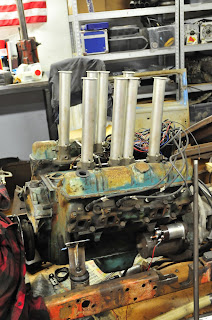