How an Amazon and a Cowboy came to a too tight spot.

Some say they come in pairs. Some say they're loners. Some state that it's faith or a coincidence. I'm talking about the contagious car search that eventually connects cars and people while changing roomy places in to tight spaces.
What happened lately in the Salt Slush workshop is likely to happen over and over again. We're there are car guys there will always be dreams related to new projects.
Suddenly all tabs exposed on the workshop laptop were full of desires and I'm not talking about obvious desires related to breeding and lust. Nope. The wishes exposed were more profound and gave a hint about what was about to happen. Sooner or later. Or rather, sooner than later... 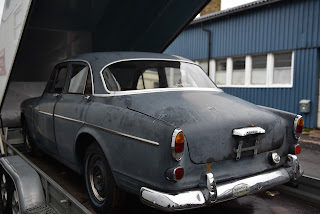 Suddenly, a Blueberry from the US of A arrives to a cloudy Ringön after years in the Californian sun. 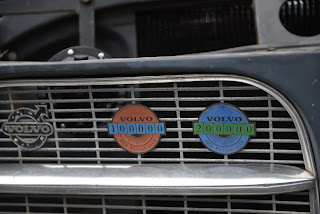 I guess there's no use arguing about low mileage with these badges in the front? 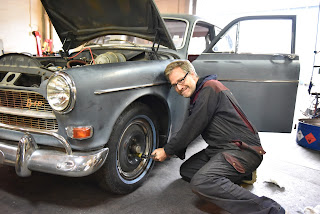 Petter, The Professor, got going at once. Brakes, idle quality and electrical system needs attention before approaching Swedish registration and approval.
Wouldn't a S200SX-E turbo cheer this baby up?
Meanwhile, Magnus had investigated the global F100 market thoroughly...and he know them all. From Campers in Colorado to Californian Crew Cabs and he had found a favorite. In Sunne, Sweden.
So off we went. On a road trip with a purpose.
Final destination: Sunne.
What did we find out there in the wilderness? 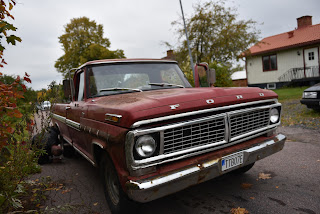 A bad side of a tough looking Ford. 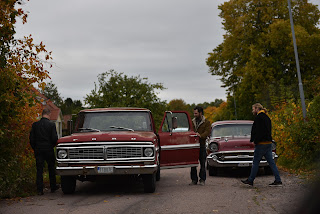 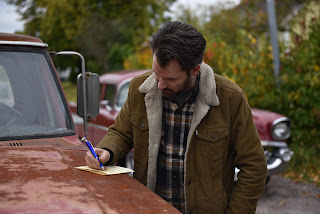 In less than an hour's time, Magnus signed the line....and he got a Ford, that will eat up road. So that's what Magnus did and flipped up the cash that sealed the deal and made two people happy that Sunday in Sunne. 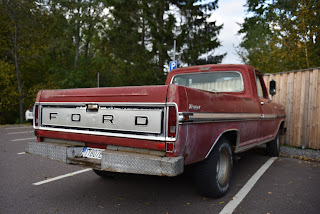 We tooled our way home in great comfort. 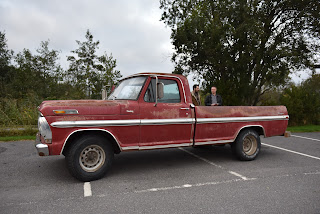 Former owner were worried about the tires. We were not...we were too busy being worried about all other stuff therefore got a bit surprised when rear right went flat in Kungälv.
Pictured: Magnus and Anders thunderstucked. 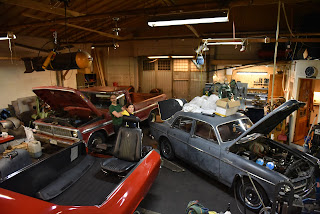 The tight spot. Our roomy workshop is now crowded. But that's how it goes. Nature hate emptiness and cars that has been left out for some time needs attention.
Posted by Hakan at 2:40 AM