The Beginning of Make Love Not War

Luck is when preparation meets opportunity.

A saying that sums it all up. 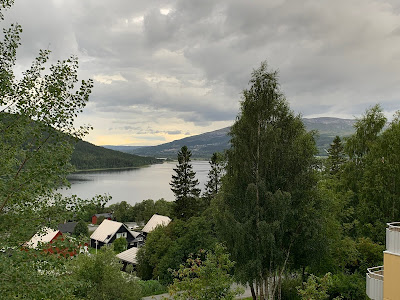 View from Åre, out over the lake

When my wife and I visited our son Johan in Åre, where he and his girlfriend Elina lives, I stumbled over this Volvo Valp (Valp in Swedish means Puppy). It stood far out on a field and it had been sitting in the same spot for years.

On a distance it looked kind of ok, but bearing in mind that these contraptions are normally extremely rusted out and often beyond what makes sense to repair, it pays off to take a look closer.

Questions were asked; Can I take a look at it? Who owns it? Is it for sale ?

Like always life, is full of questions to straighten out. 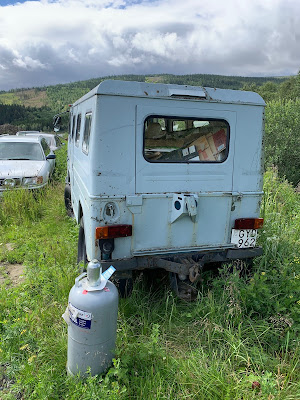 Looks ok, not any major rust, although weather beaten with some authentic charm 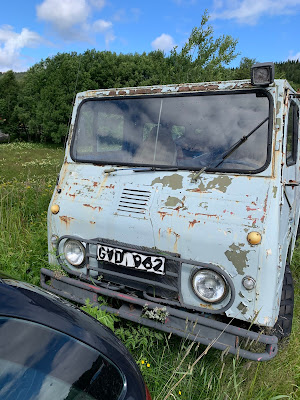 Everything was there,  looked OK 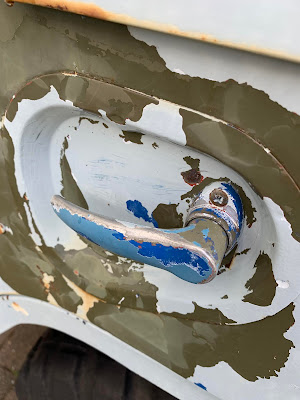 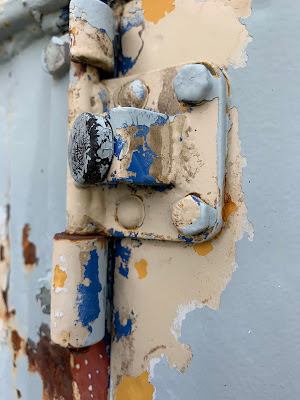 Here you see traces of its history
The green is from its Swedish Military history, when it was dealing with the potential Sovjet invasion, something that was the in focus during its early history.
The white and blue comes from peach keeping service under United Nation umbrella, somewhere outside Sweden.
The grey, origin from its later day's running as civilian in Åre. 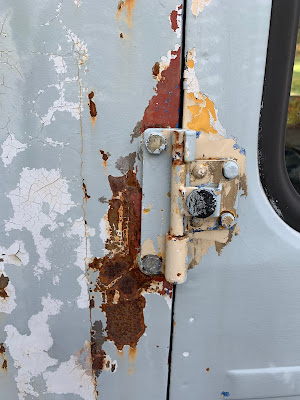 The hinges almost looks like those on an old American school bus,
look at them and reflected on it's robust charm, then you'll understand the beauty.
All in all, I ended up buying the Valp. It turned out to be owned by Johan's boss, Jonas, who owns Pizzeria Torvtaket in Åre where my son works.
The story is that they had used it to drive up goods and waffle batter to a mountain side restaurant that they operated years ago.
Ones I got back home in Gothenburg, I started to plan how to get it home
It is a rater long drive, around 900 km (600 miles) one way. 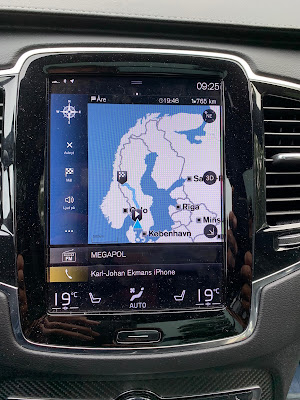 When you look at the navigation system, it's half way up north in Sweden 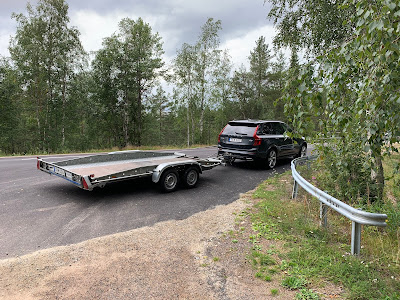 A couple of weeks later, in August 2020, I drove up to Åre with a rented car trailer
it was a very nice drive, took around 10 hours,
some good music, pods and some fika, I was good to go. 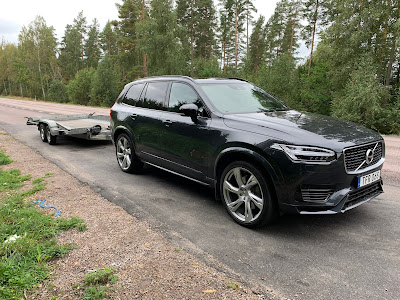 Sweden is a country of dark forest, here taking a pause while checking the trailer 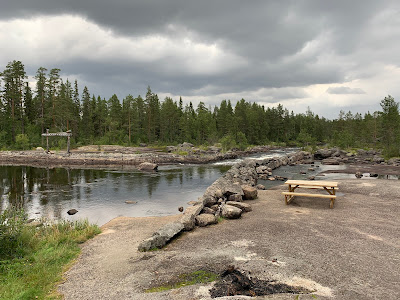 Nice scenery ! Sweden is beautiful with a lot of empty space ! 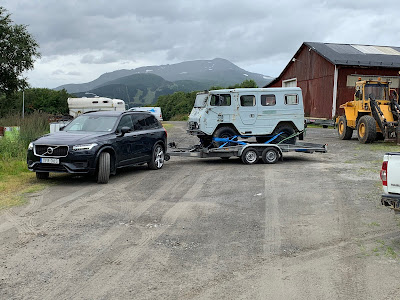 Here loaded on the trailer, we had to give it a push with the yellow digger to get in on to the trailer since the wheels were rather stuck....... 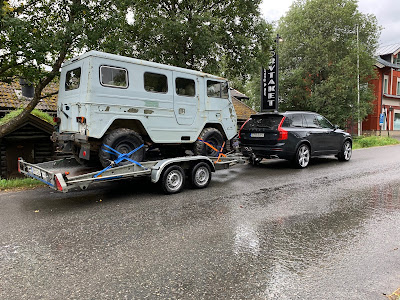 The Valp loaded and we were ready to start the long haul back to Gothenburg. 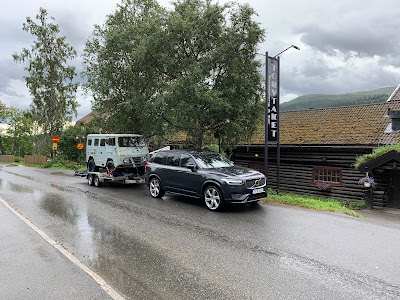 Good bye Torvtaket, its home for many years. 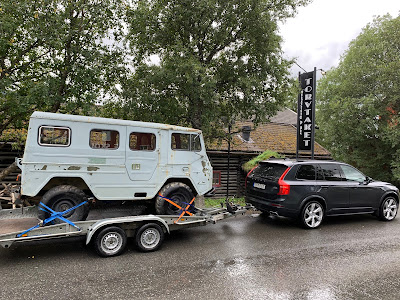 An early more agriculture warlord Volvo "SUV" behind a modern state of the art XC90 T8. 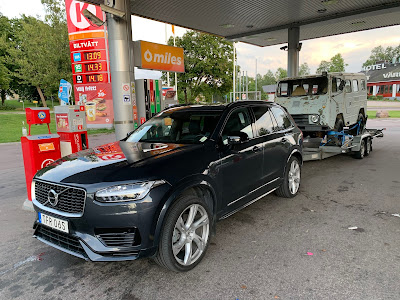 First stop for fuel in Järpen close to Åre 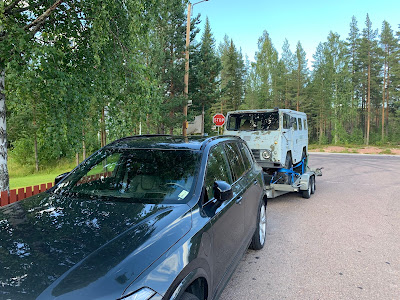 Stopped for a fika at Noppikoski in Dalarna! A cool and nice place ! 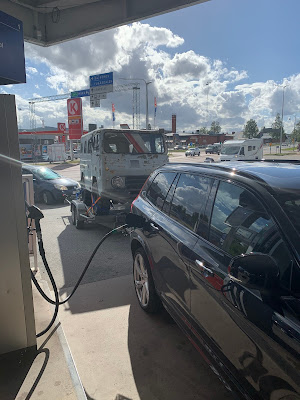 Fuel up in Sveg. The consumption was not that bad. Somewhat over 10L/km
I drove according to the law since the Valp is rather big and heavy which I felt on the winding country roads.
All in all, I drove all day in to the night ! 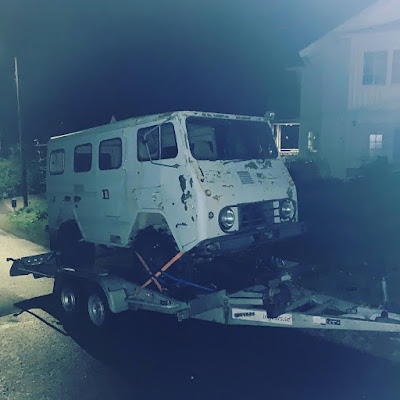 The drive to Åre and back with the Valp had been good and without surprises. Landed at home in the middle of the night,  parked the trailer and went to bed for a good night sleep.
Unloading. Kristian our neighbor gave me a helpful hand. 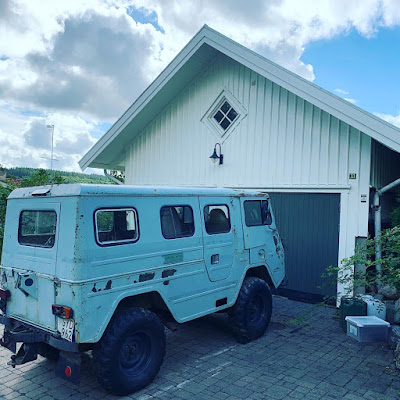 Parked out side the garage at home...first surprise...the car is too high for the doors. 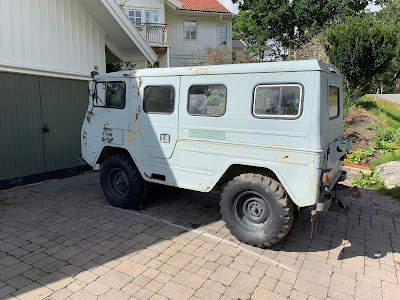 Posted by saltslushracing at 9:55 PM