Modified vs. Stock. Who are we to judge?

This is can be a sensitive topic. So, let's take a step out on the thin ice and start walking without any fear. But let's start with definitions. With Stock I mean a vehicle that is not modified at all. It looks, feels and behaves like when it driving out from the factory where it was born, or like some insensitive people might say; were produced.

When we're talking about Modified, everything is more open. For some people, a vehicle has been modified if it has been taken apart and restored, for some other people a new engine, a new engine management system, a supercharger or a turbo mean that the vehicle has been modified. Some other people, does not see a vehicle as modified until is has a role cage or/and chopped top.

There are good reasons to keep things stock but it make sense to make modifications too. If you find the missing fourth Bugatti Atlantic in a barn that you just bought, consider to keep it stock. But if you've been stealing something from nature, like the remains of an cool mass produced vehicle that's been sitting for decades in the forest, a humid barn or in a too dry desert, consider modification. Perhaps build a race car?

If your tachometer is pointing north while your emotions is heading south on that long cool car tour, reconsider the original equipment gear ratio and transmission.

If the car that you once knew as fast starts to feel slow. If it lost its growl, if it makes you embarrassed at the track and does not deliver when the lights turn green; Consider boost pressure. 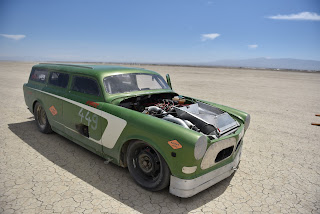 We had to do it. We had to convert the remains of what was once a Volvo Amazon Wagon to a +900hp turbocharged, Tremec Magnum, roll cage, chopped top; land speed race car.
Before mother nature would have killed it. 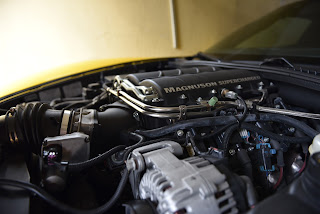 What was once fast, was in need of a couple of hundred extra horsepower to continue to provide a kick.
I never ever get tired of that howl & growl that it delivers since many years by now. I must admit that I've been thinking about a smaller pulley. A smaller supercharger pulley. 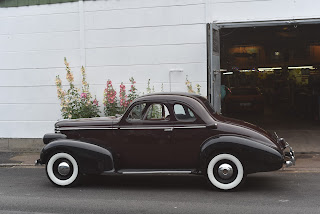 Olds -38 Business Coupe. Harley Earl Art Deco Design. Not too slow either. But the engine rpm at 100km/h is far too high. Would I like turn it into a street rod. Nope. Would it be nice with a modern transmission? Yes. 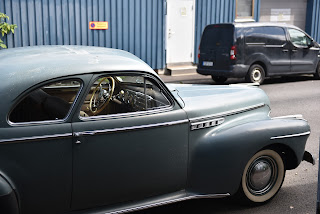 Am I going to keep this (in total) 3 owner 1941 Buick stock? Yes! Well there's an exception...the second owner, 1975-2021, installed a Blaupunkt CD. I was just going to throw it out, but just before I did that I happened to throw in Frank Sinatra record. I kept the CD and haven't changed music since. Instead I've started to drink Martinis. Dry Martinis. Shaken, not Stirred.

Recommendations? If your ride is too slow, tune it. If it revs too much change gear ratio. If it's stock and has carry a piece of modern manufacturing history keep it stock.

Most importantly; Drive it!