It might be hard to understand, but life is not only high speed racing, highly boosted engines, high torque transmissions and gear sets. At a certain point in time a little bit of beer, barbecue and rock'n roll is needed!

And as usual the party is around our Pièce de résistance! The SSR Amazon ! Now as you know a little closer to speed. 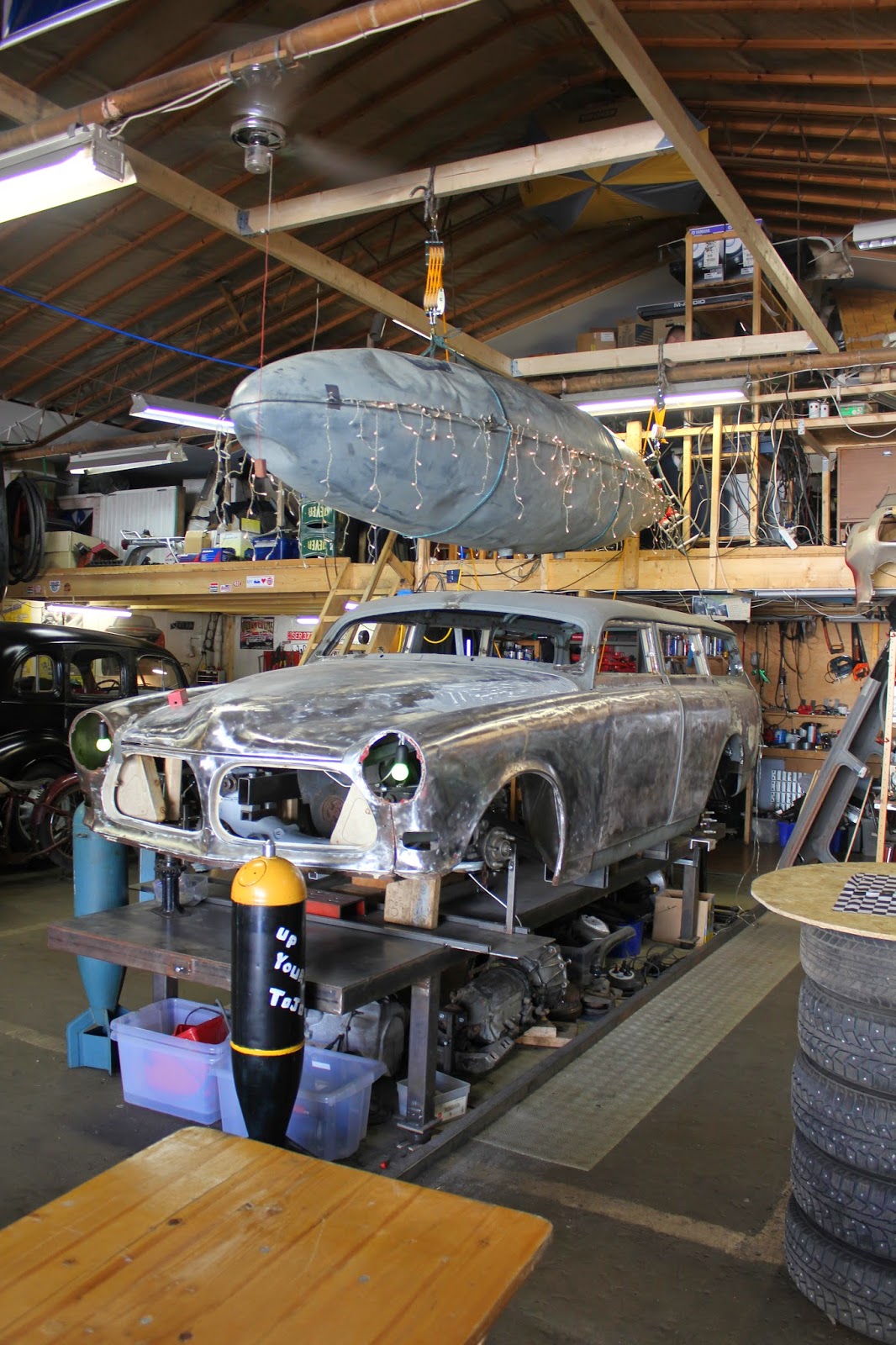 Above the SSR Amazon and Magnus dream of a wing tank at Boneville is resting. In front you see some training bombs which are non explosive. We always try to have some conversation pieces around us makes to make life more interesting. 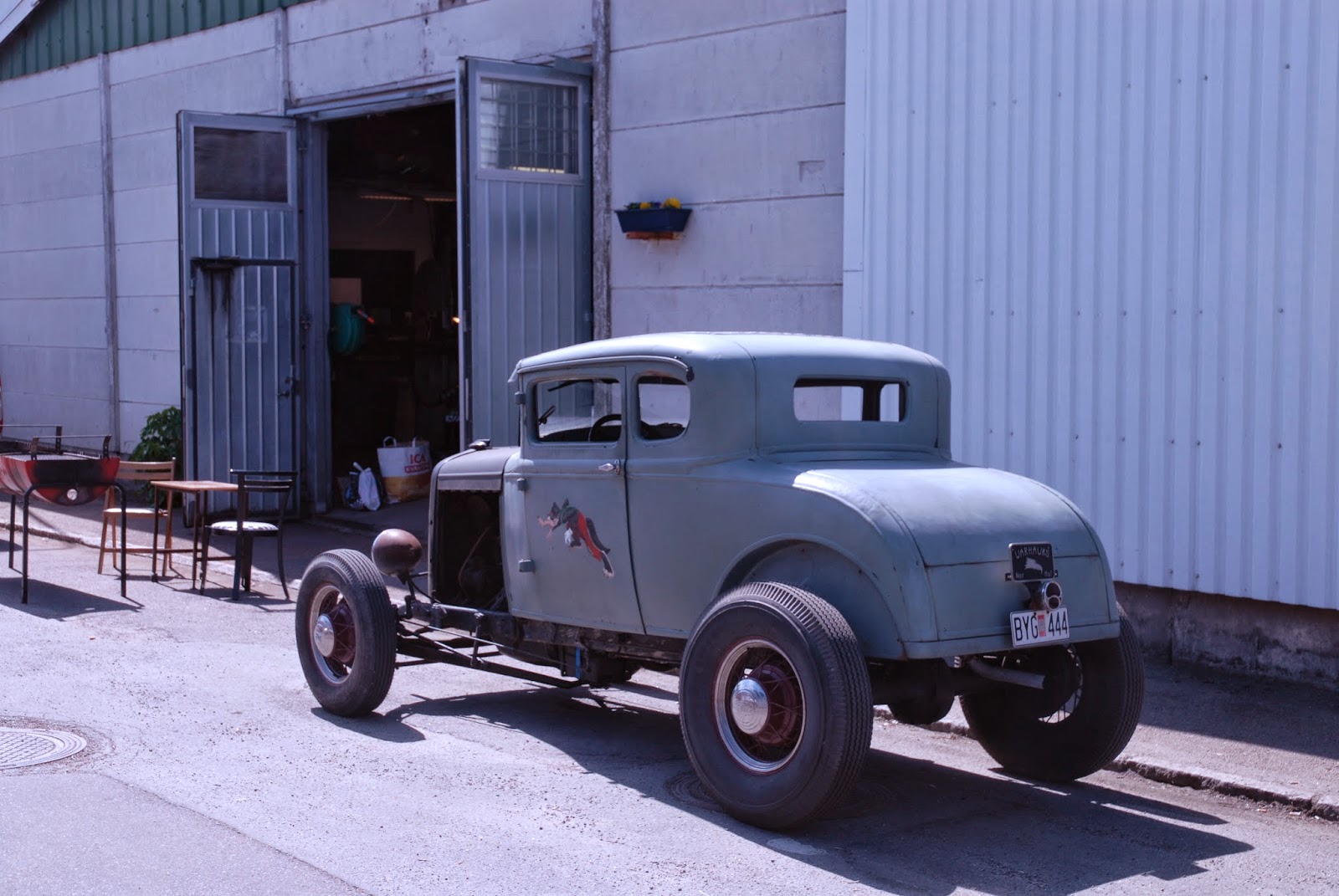 But lets, statrt from the beginning. The SSR team arrived early to prepare for the party.

Later on Magnus would convert his transmission in to salad. No worry its now fixed and repaired.
Just for your info, later on in the evening the street was crowded with some very nice cars and bikes with both EU and US heritage and as well some serious JPN bikes. All with the common purpose:  Speed! 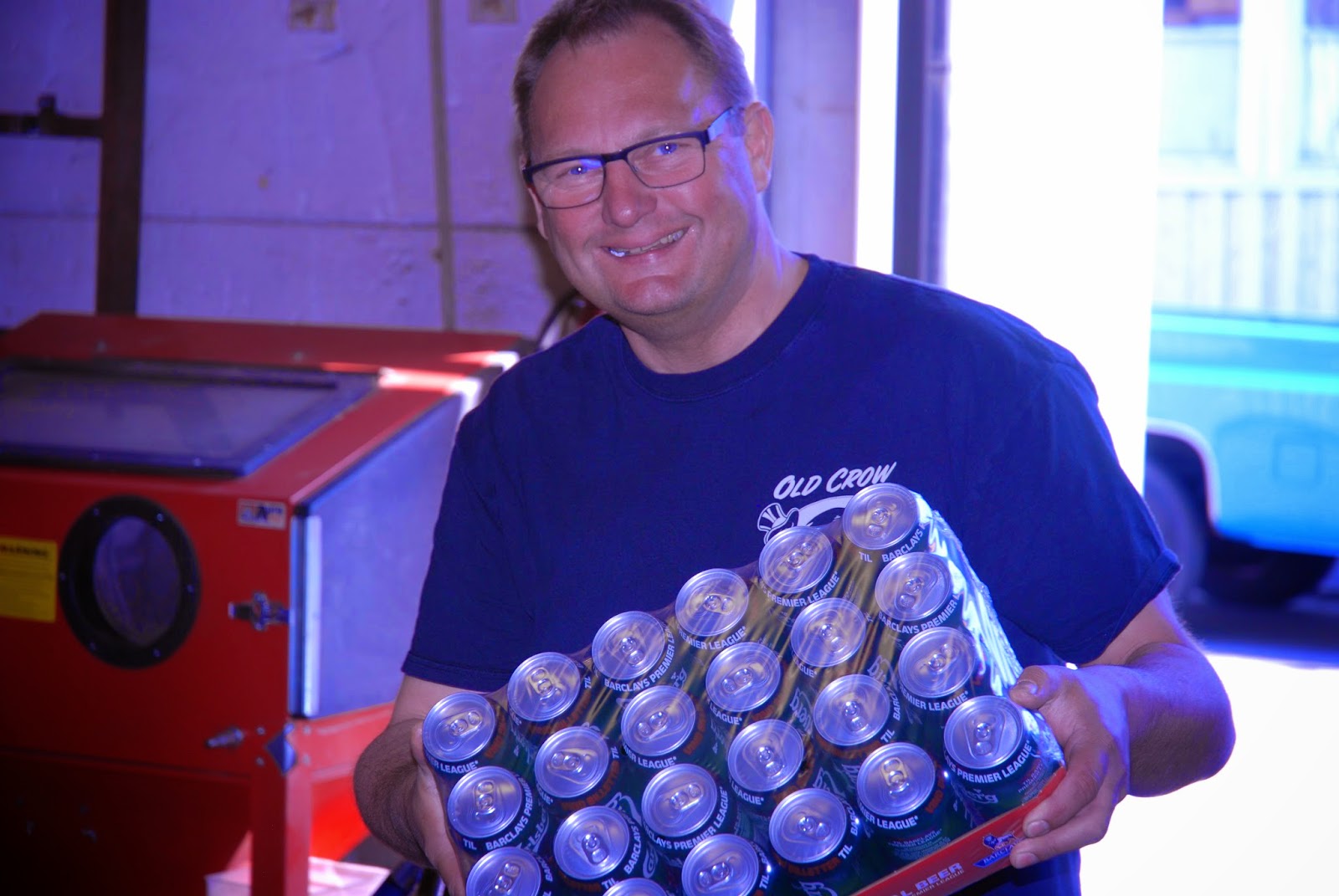 It was a warm day, yes just fantastic weather, we must have the force with us. But we were as always well prepared. 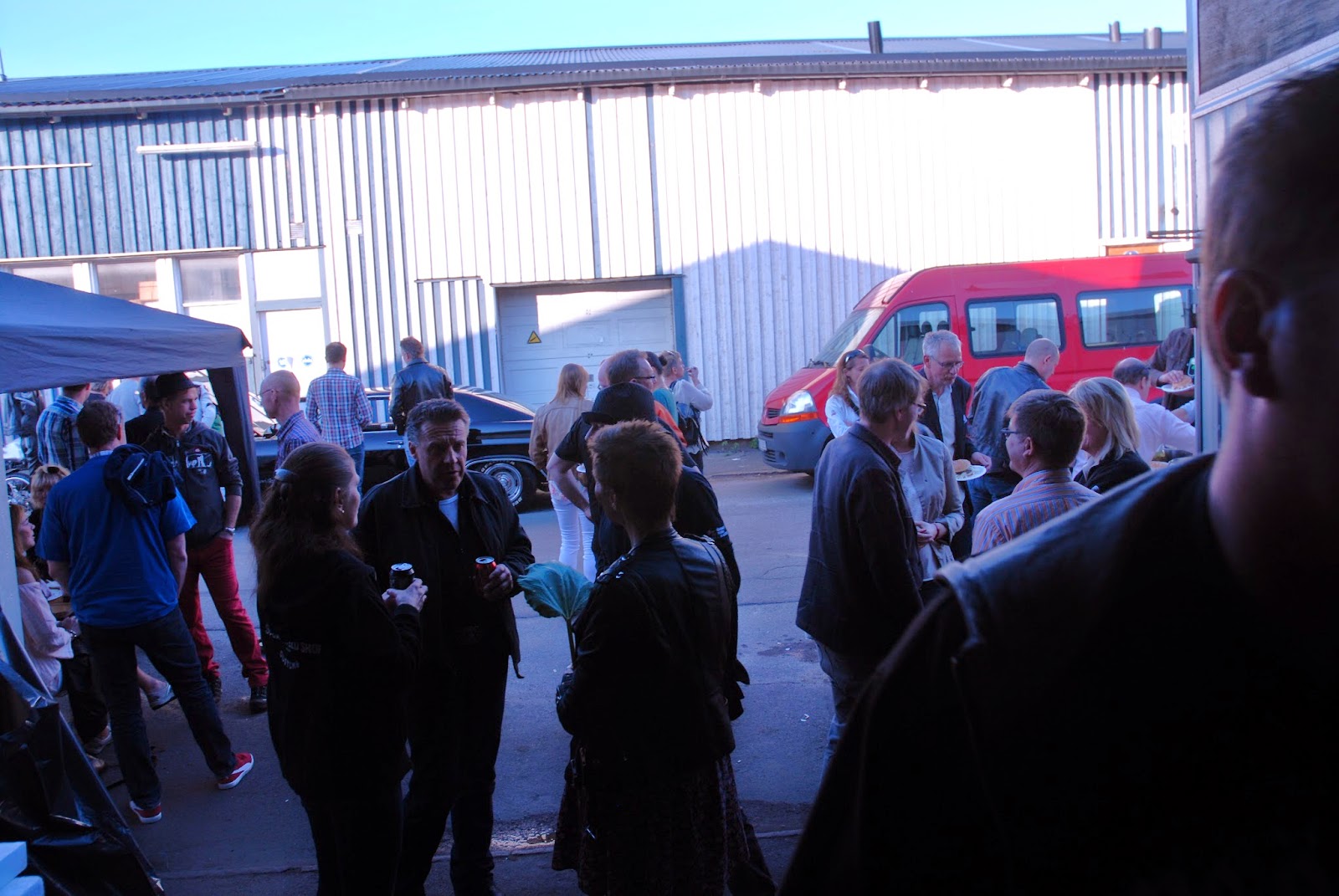 …weather mingle soon to be Motor-Mingle. Getting to know each other kind of discussion.
-Do you think it will rain tomorrow, spring came early this year ... 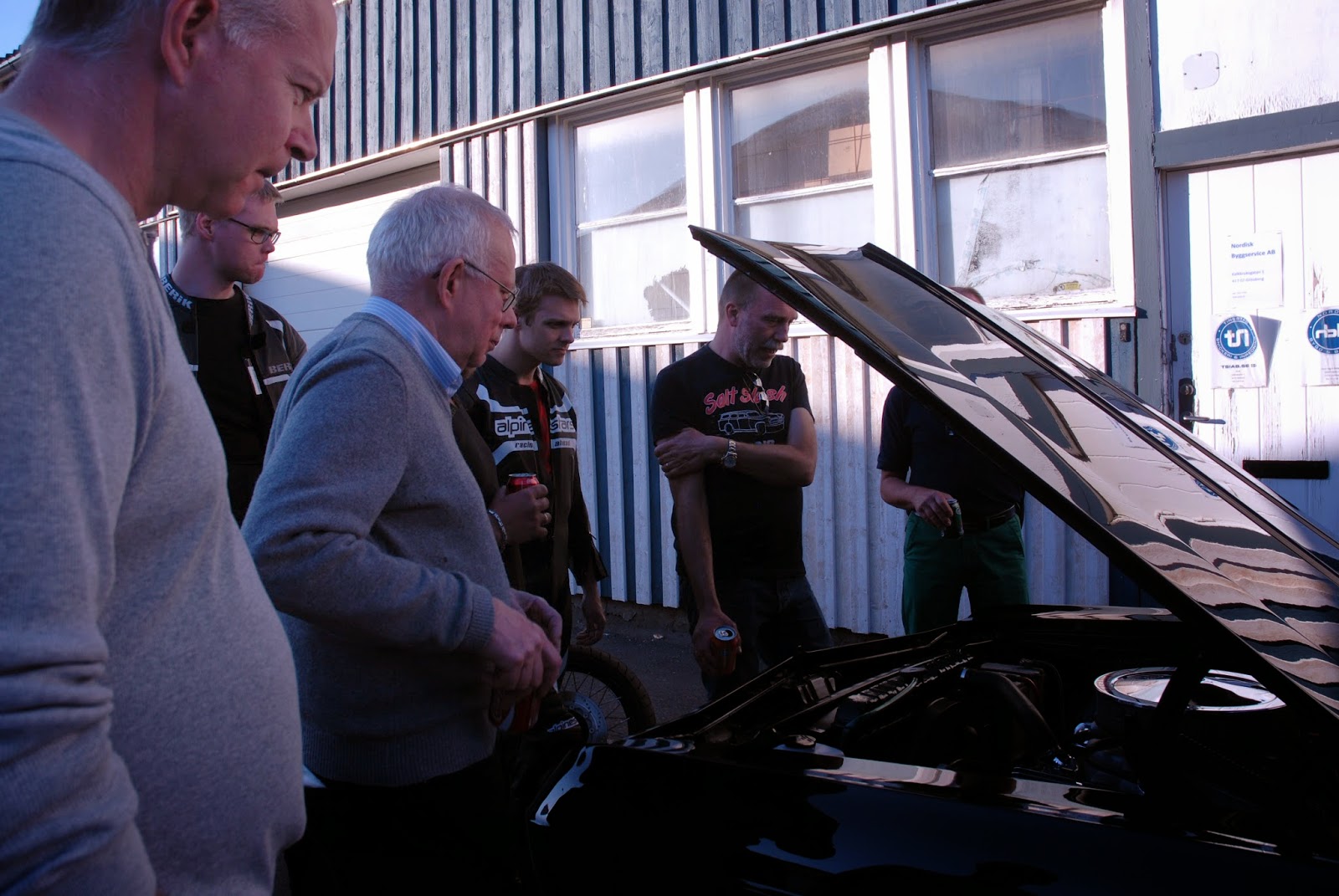 ...but all of a sudden, no shallow and hesitating getting to know each other was done. Then,
the 396' was talking to the crowd and it was big big big talk. At once everyone had something of high importance stuff to talk about. 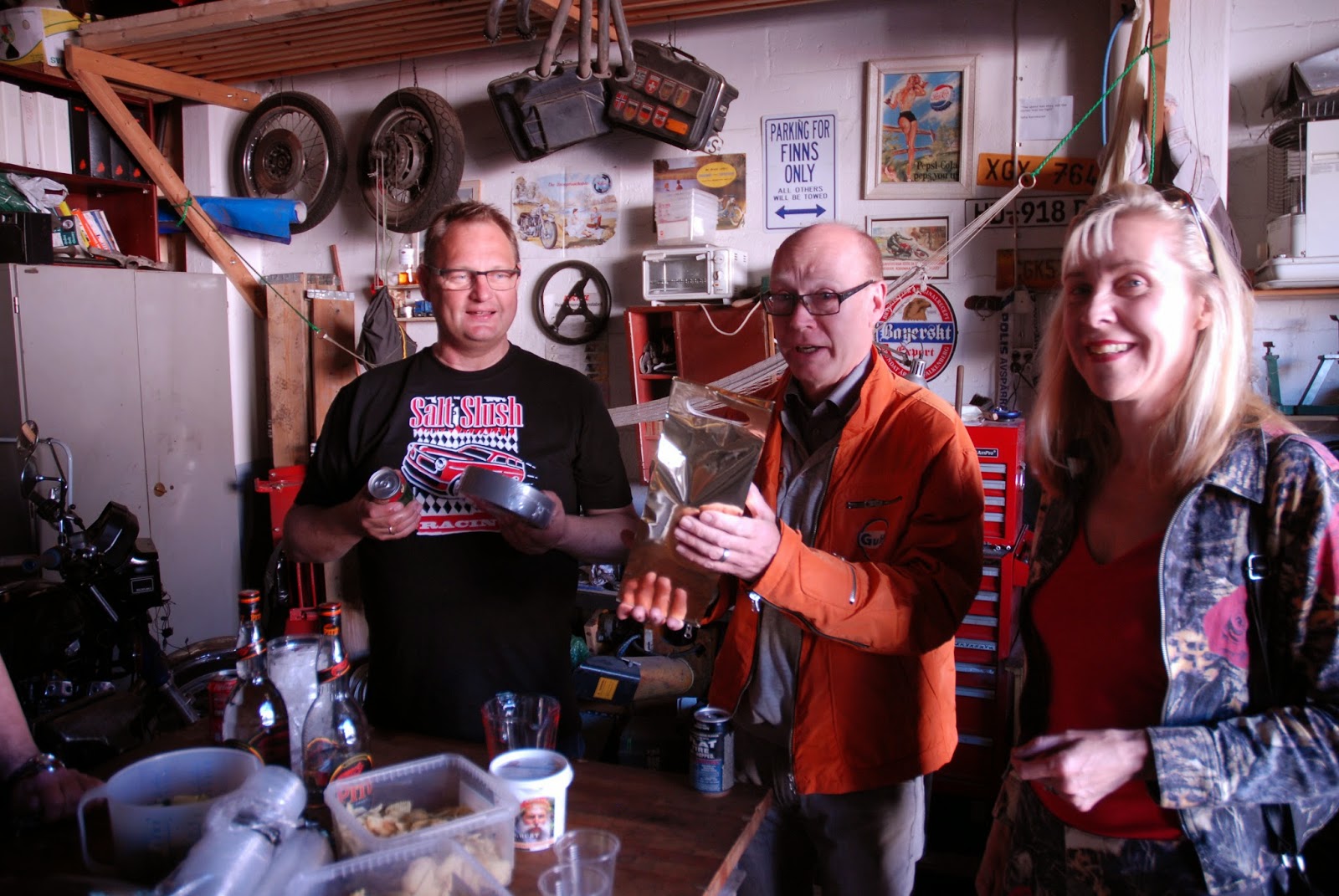 Jörgen with wife Lina Brynne, an experienced vintage racer with many laps on tracks like Nürburg ring, Goodwood speed festival etc. explained the basics and, most of all, the need to strive to win. Then he gave us a good quality +200 mph tape. (beyond Biltema quality is needed) 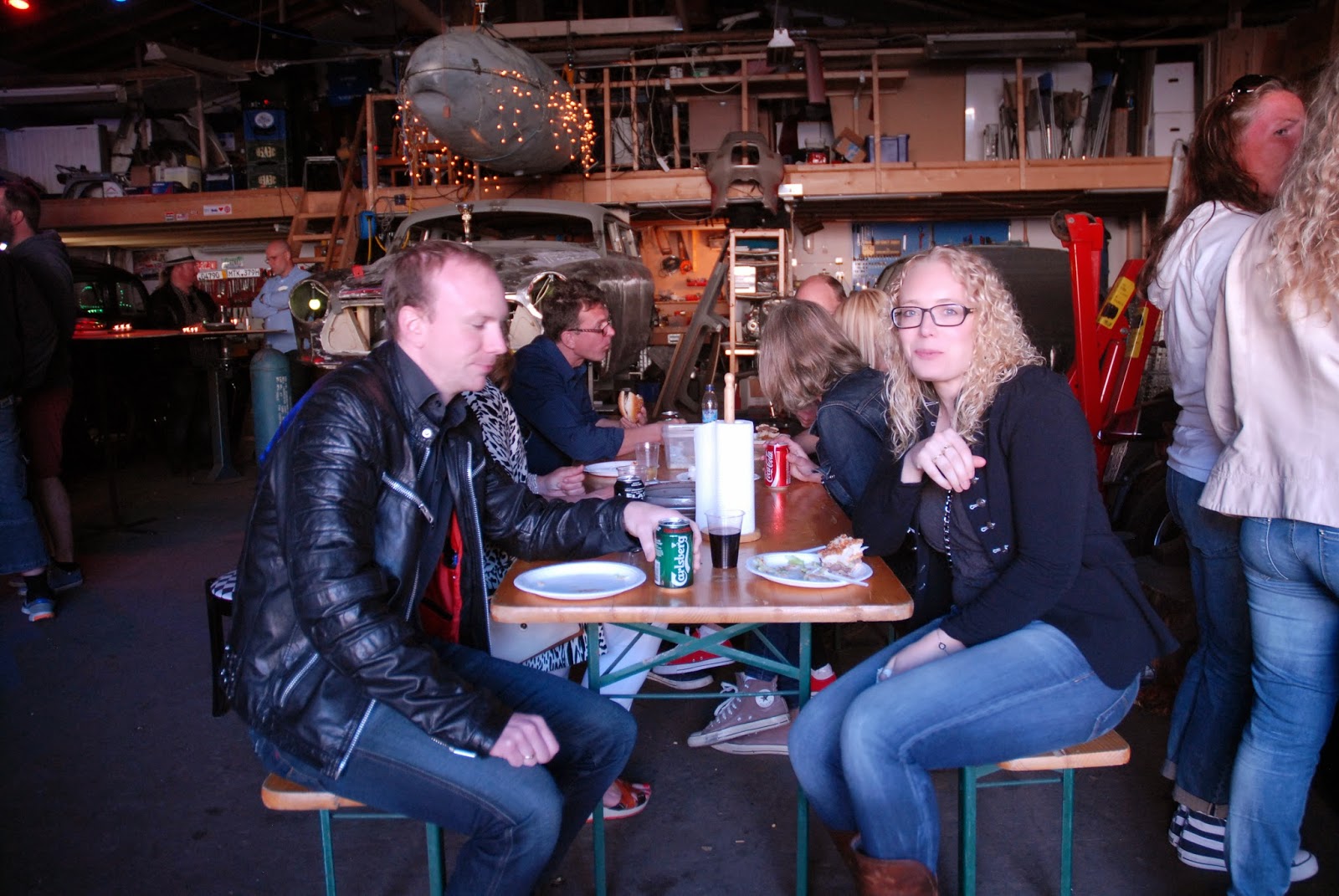 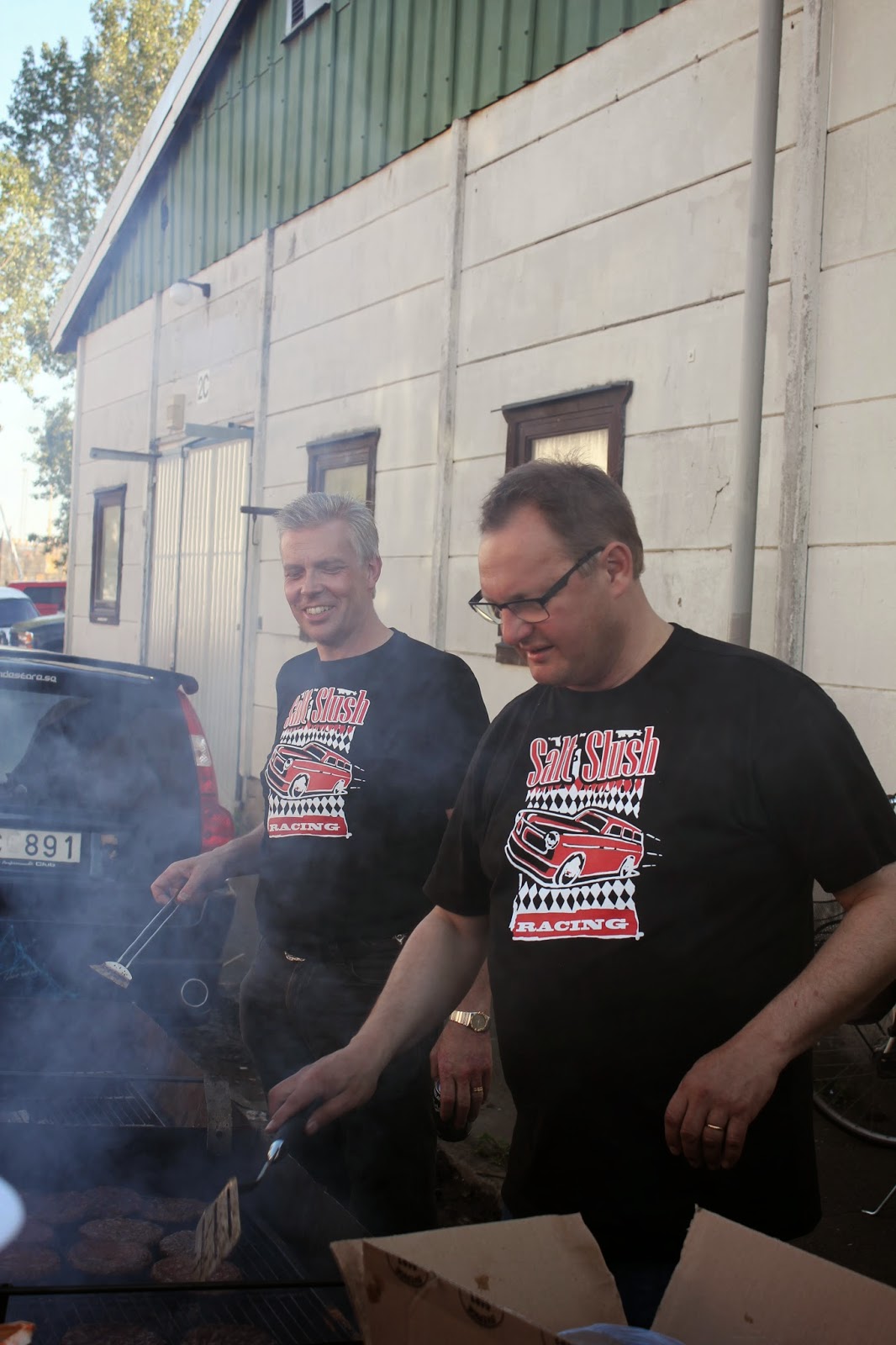 Our back up carrier is secured. Flipping burgers! And they were good! Not only H&M needs to sharpen up, it goes as well for MCD and Burger King, Max will be challenged next year... 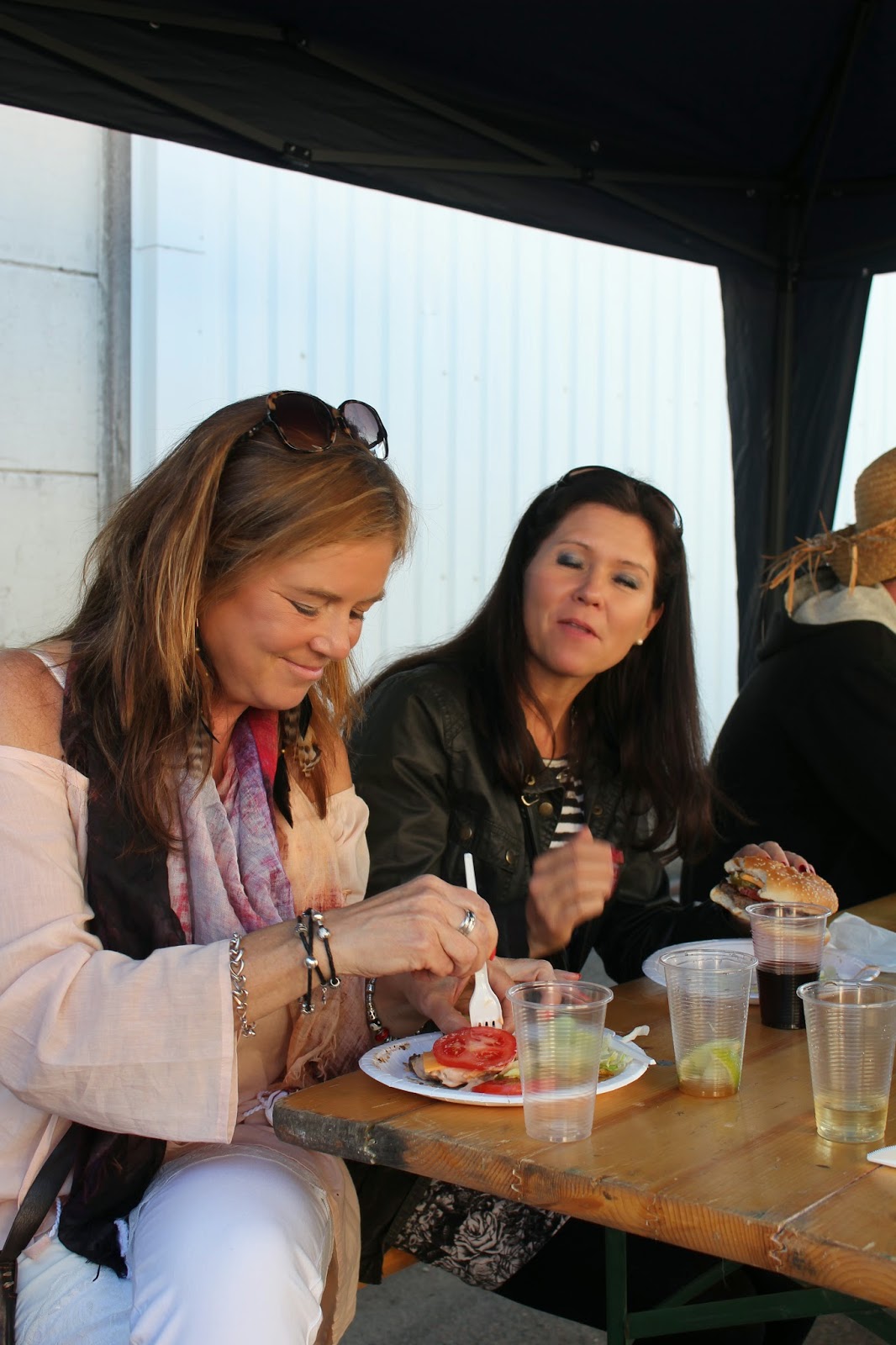 Even the gear head guests Ann and Helena enjoyed the burgers. 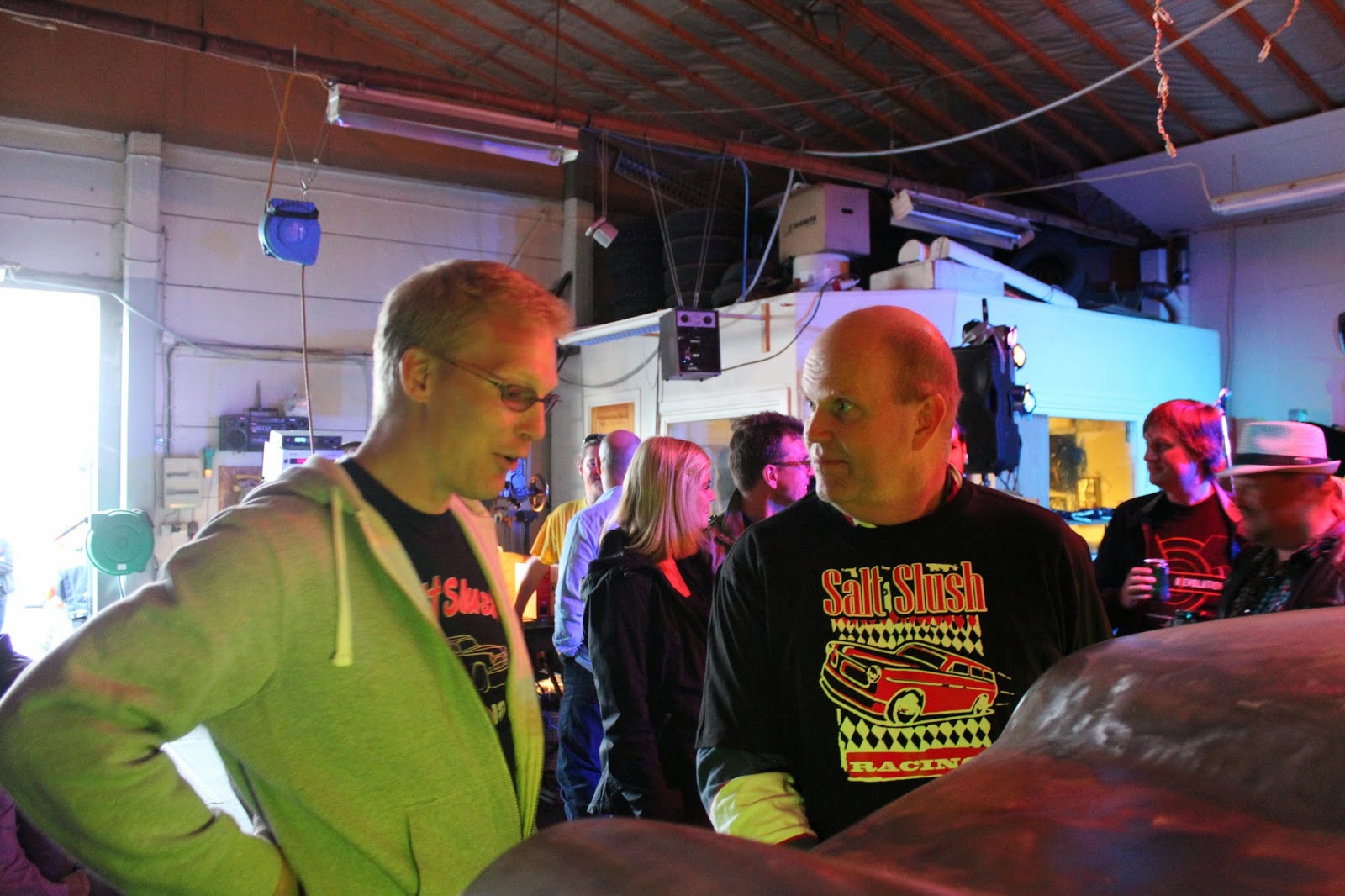 As you know SSR is a serious player in the society The party was planned the same day as Göteborgsvarvet, the worlds largest 1/2 maraton.  http://www.goteborgsvarvet.se
We see it as a responsibility to offer an alternative to run your self tired and therefore Dennis after running is sent in to an intervention program managed by Jägarn. 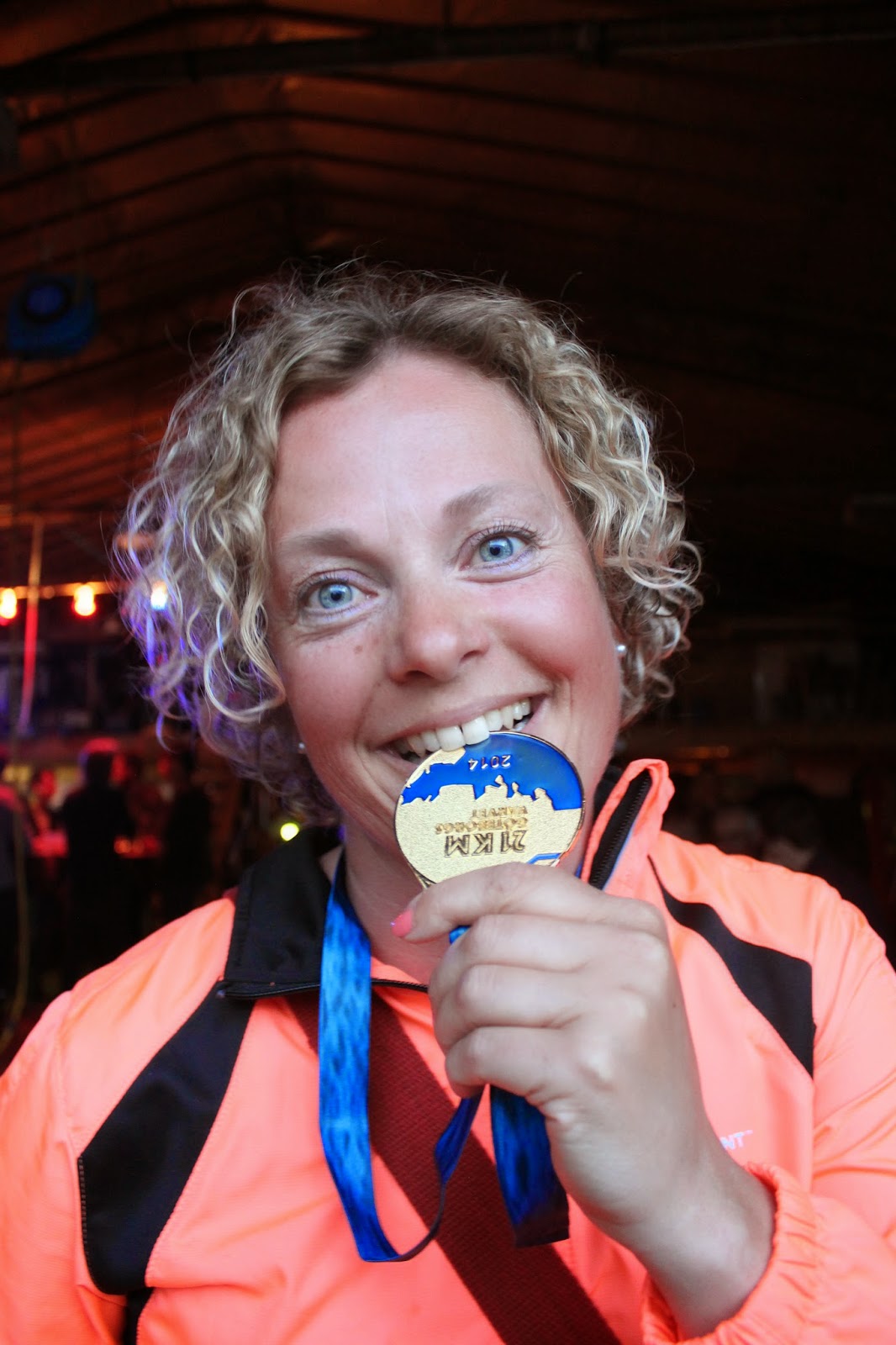 Kicki just  after running Göteborgsvarvet... the situation was all rather serious, but we from SSR team urgently went in to our quick five step intervention program, and focused on giving her a beer as step one.  The intervention discussion was rather quick 0,5 sec. The following four steps is four more beers. After that She was again, good to GO. 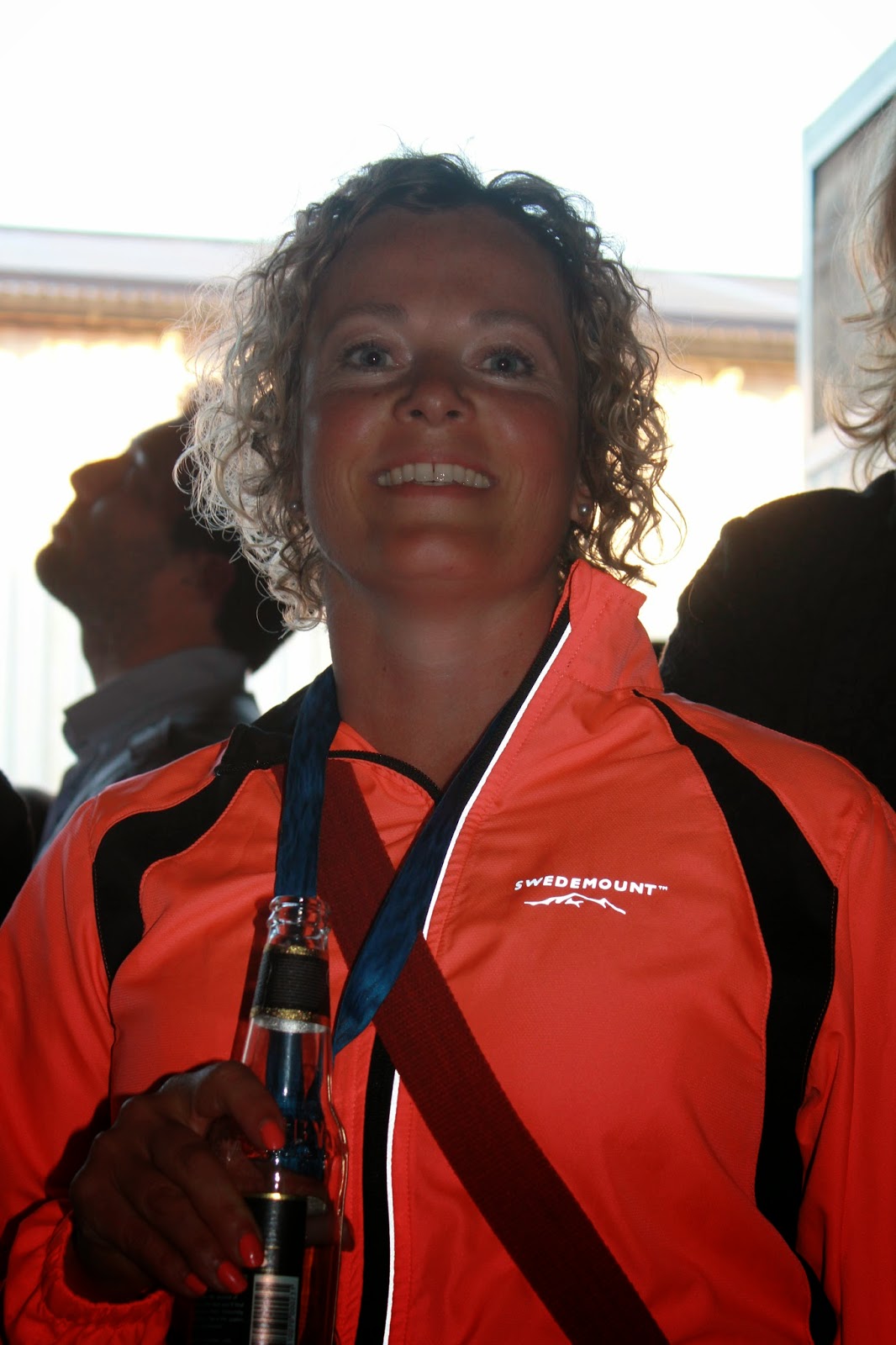 What a difference 0,5 sec do ! We are even more encouraged in our engagement in the society. 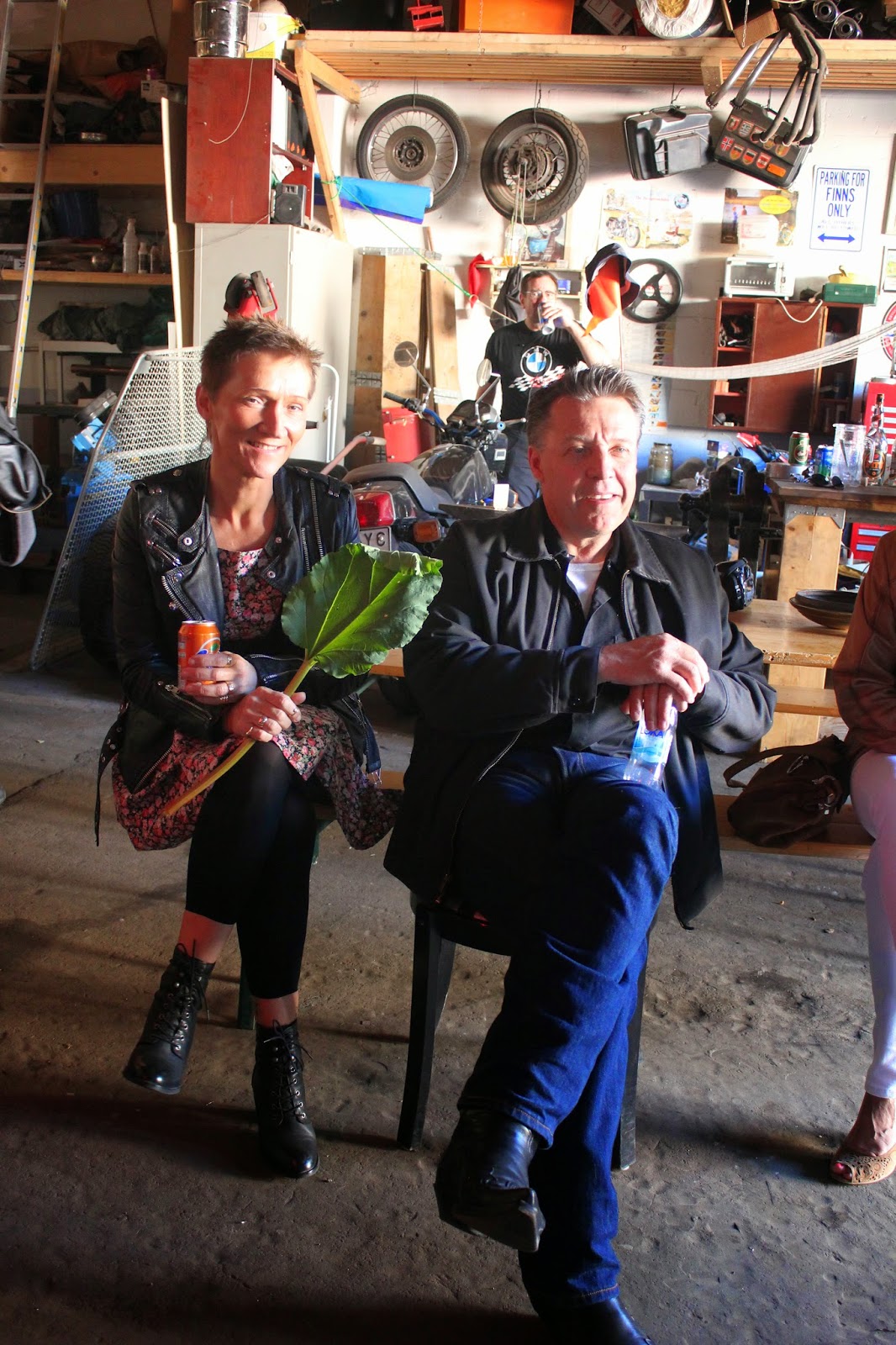 The Davidssons saved several years back. 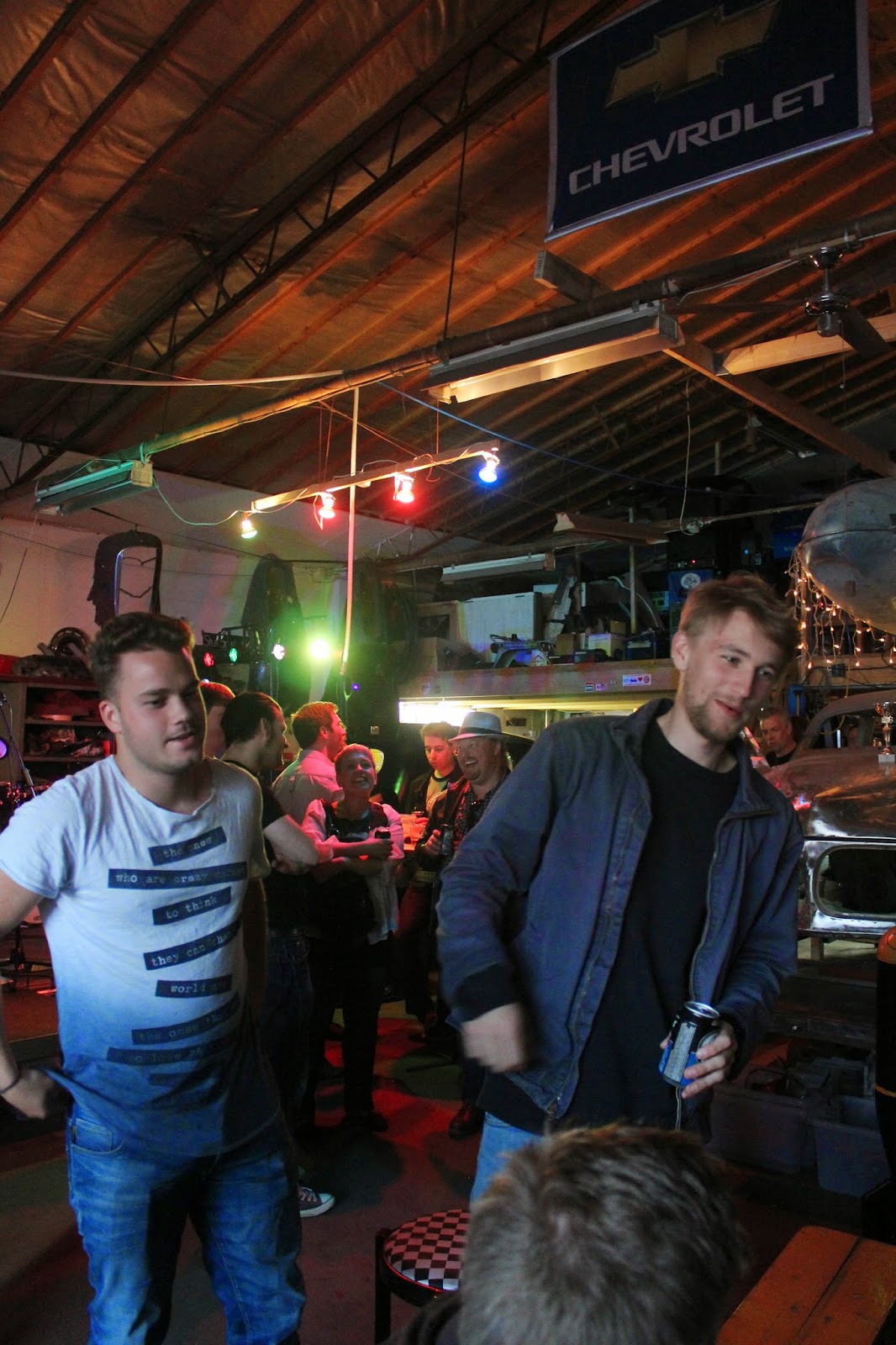 ﻿
Martin & Johan We engage already in early ages to avoid issues later on. They are although both above 20.  Johan has been in the Gasoline Alley program since minus age. 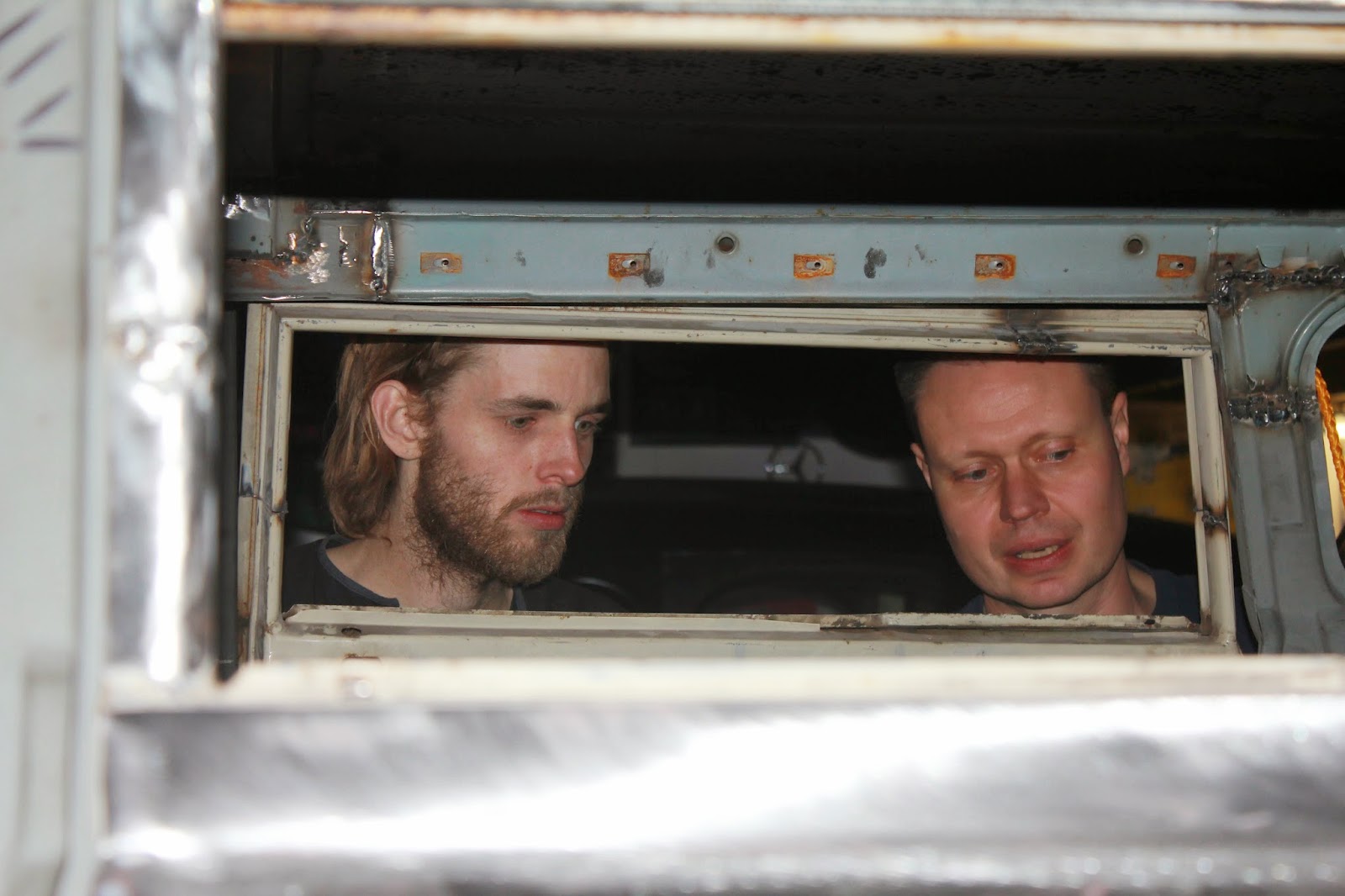 The chop of the SSR Amazon gives a nice framing. 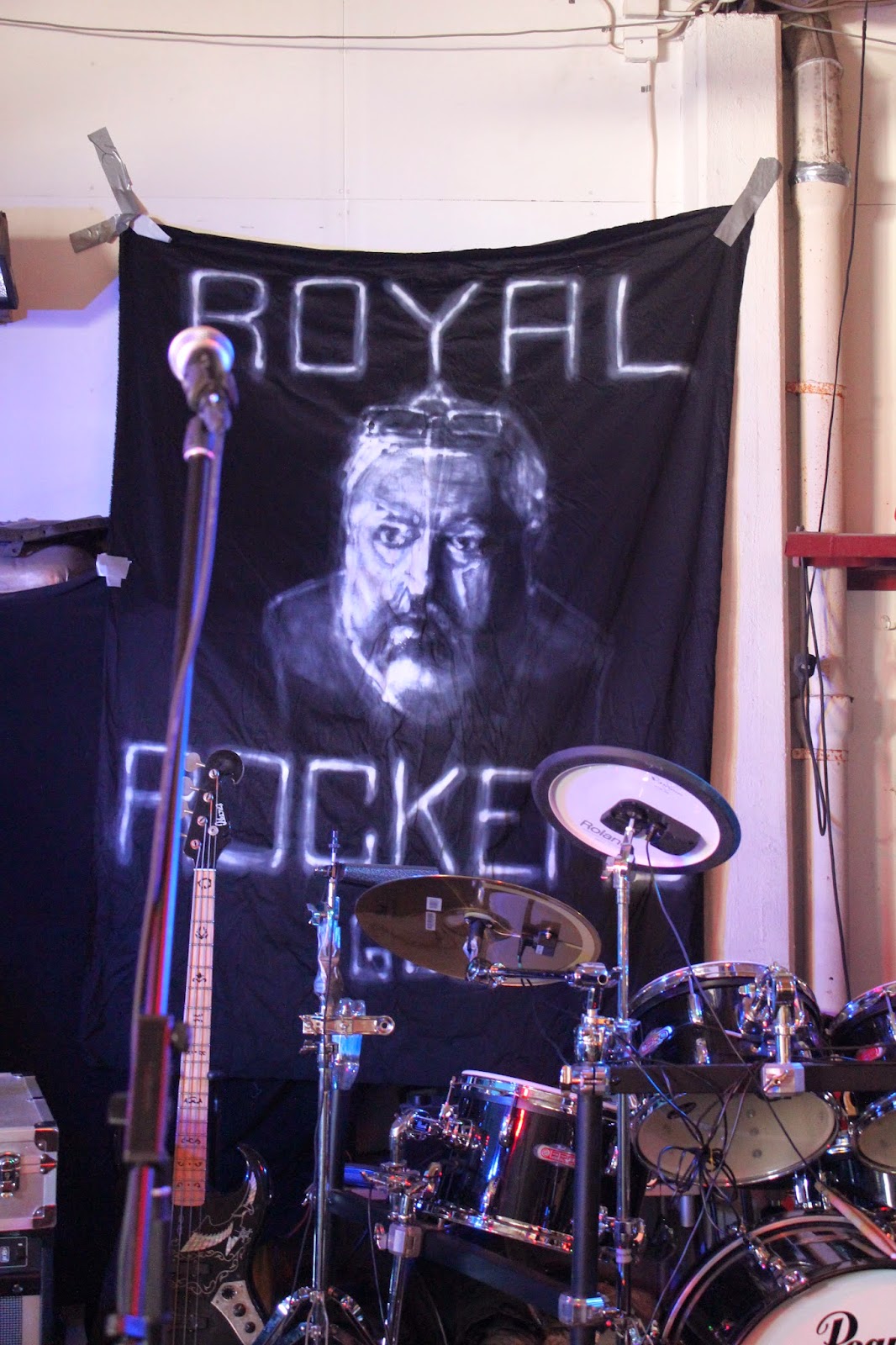 Then finally..,The Royal Rockers! Live at SSR head quarter! Note there guardian well not angle but very much kicking and alive GW.

The band members are the twins Magnus and Niklas Börjesson, Niklas Kvillert, Niklas Rosell, Johan Holst. We ca already now tell you that they are good, they for sure delivered the right and outmost Party feeling. 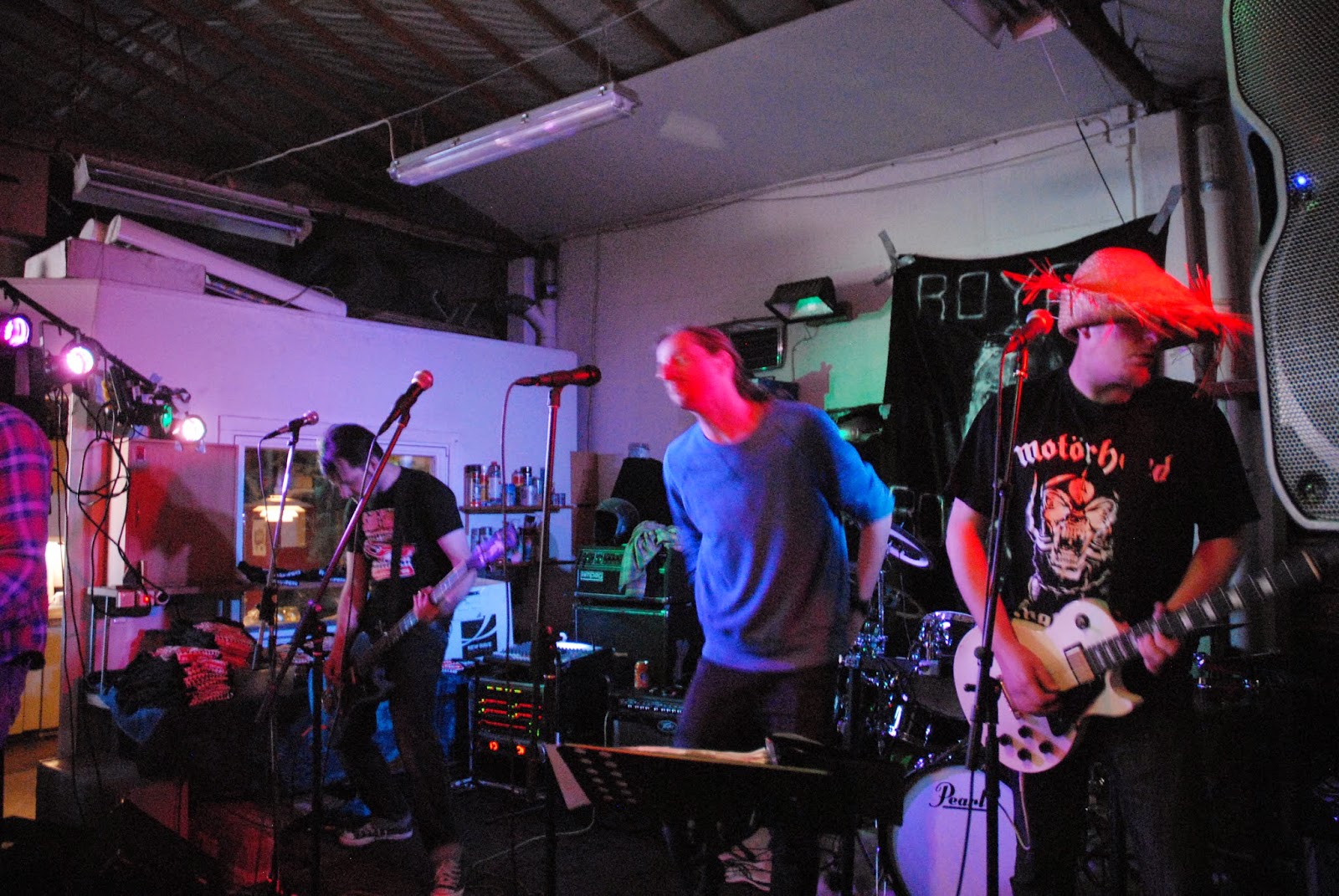 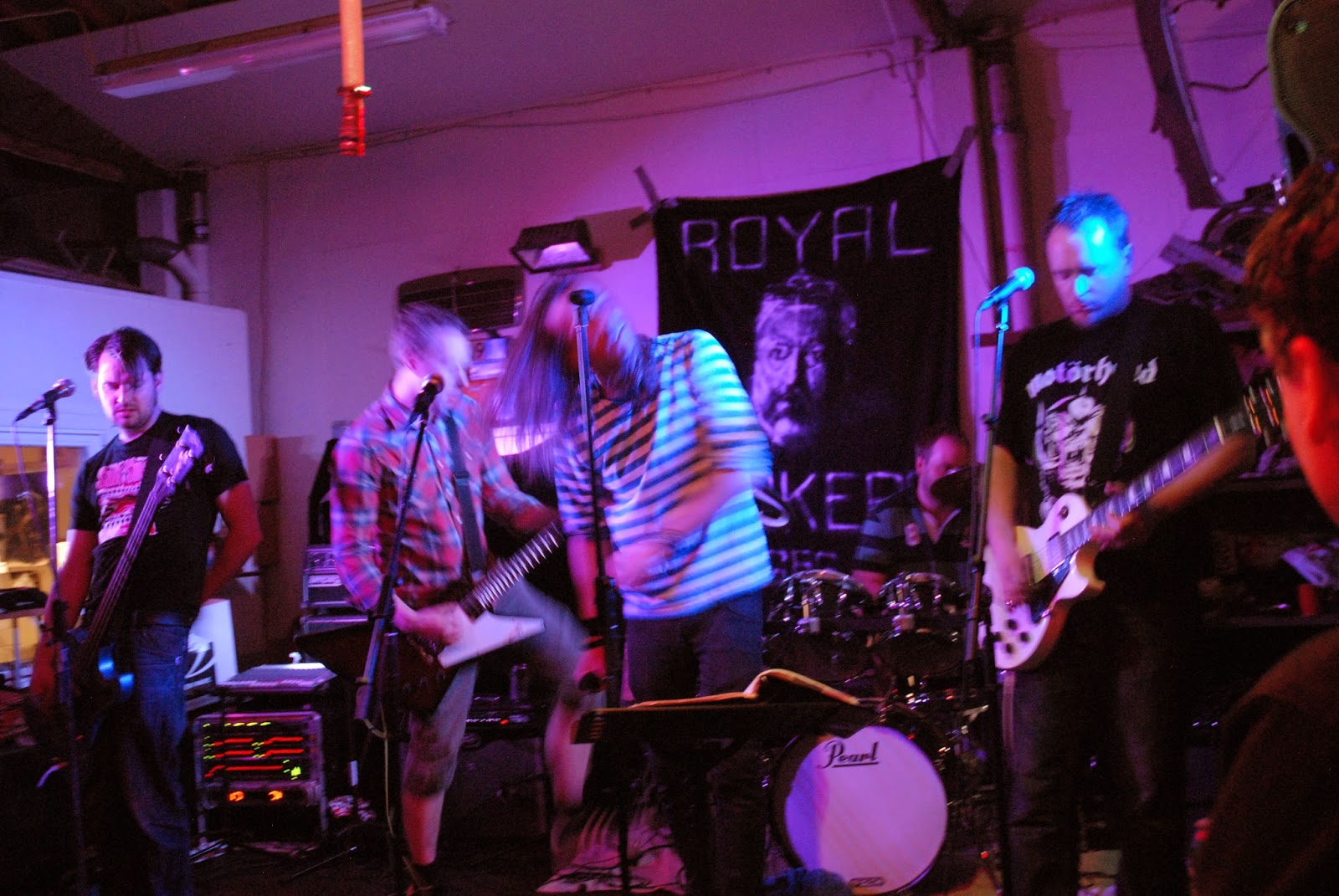 The race is on… 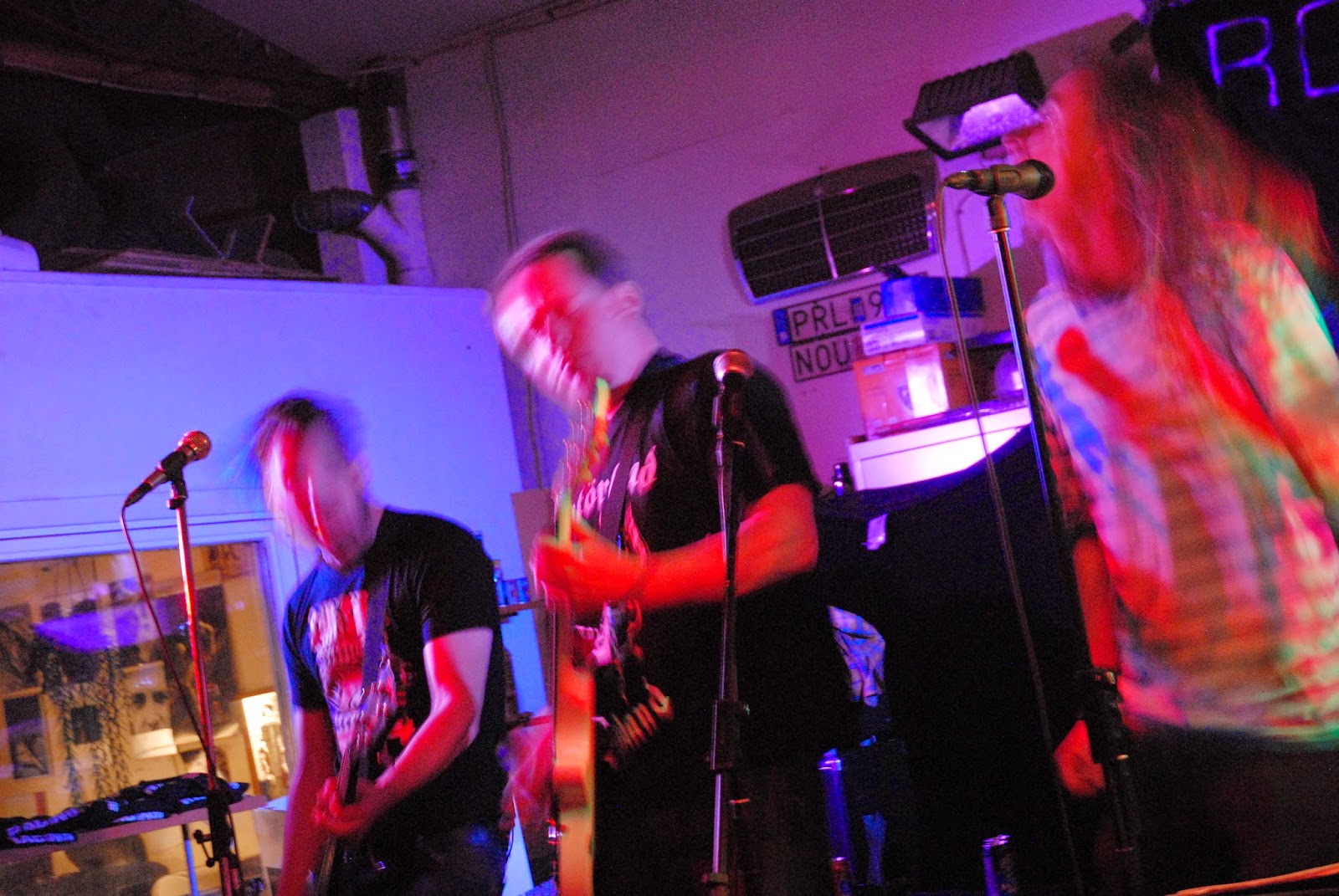 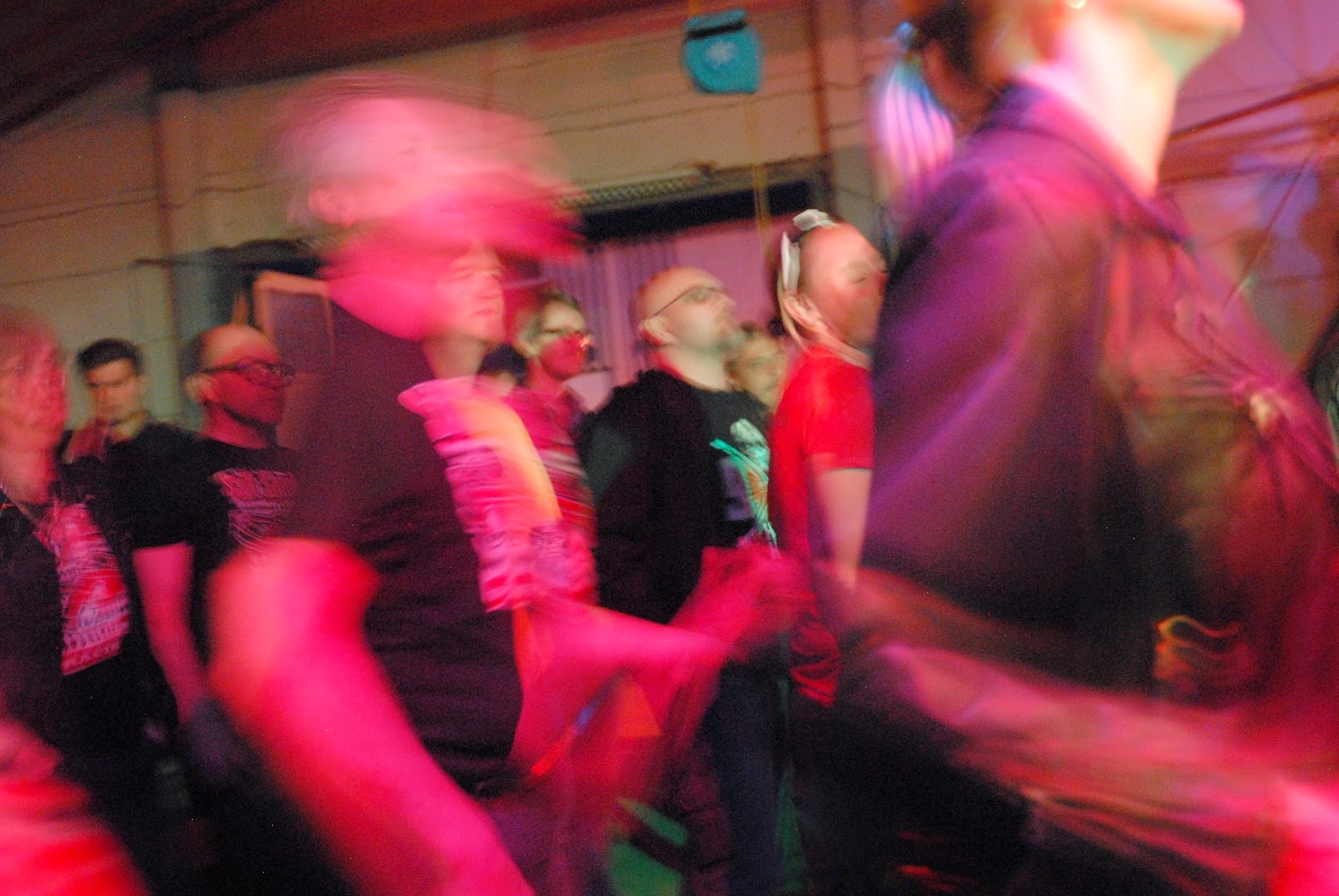 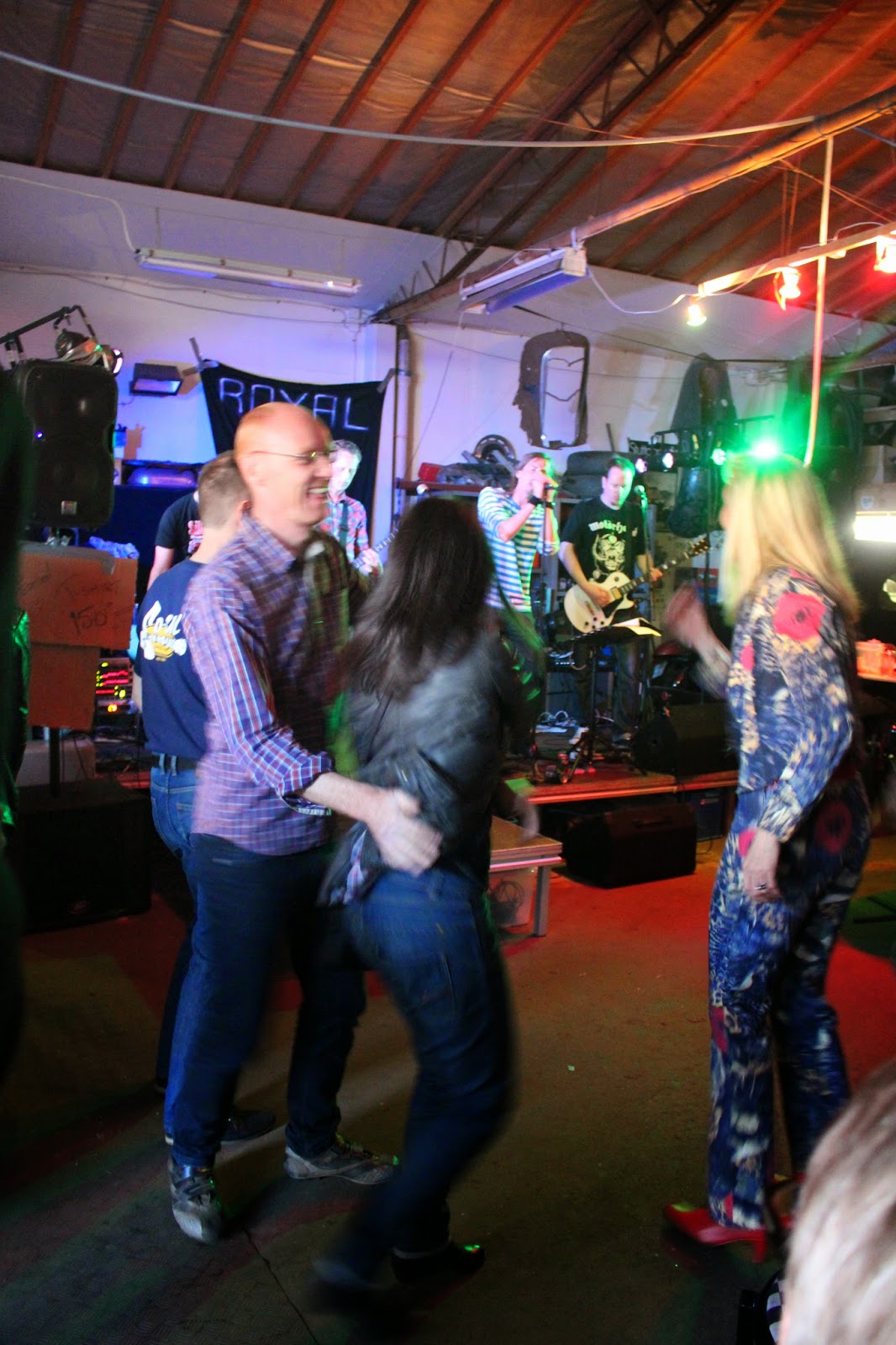 A picture is more then 1000 words. so above it would have been more than 3000 at least if you add the music. 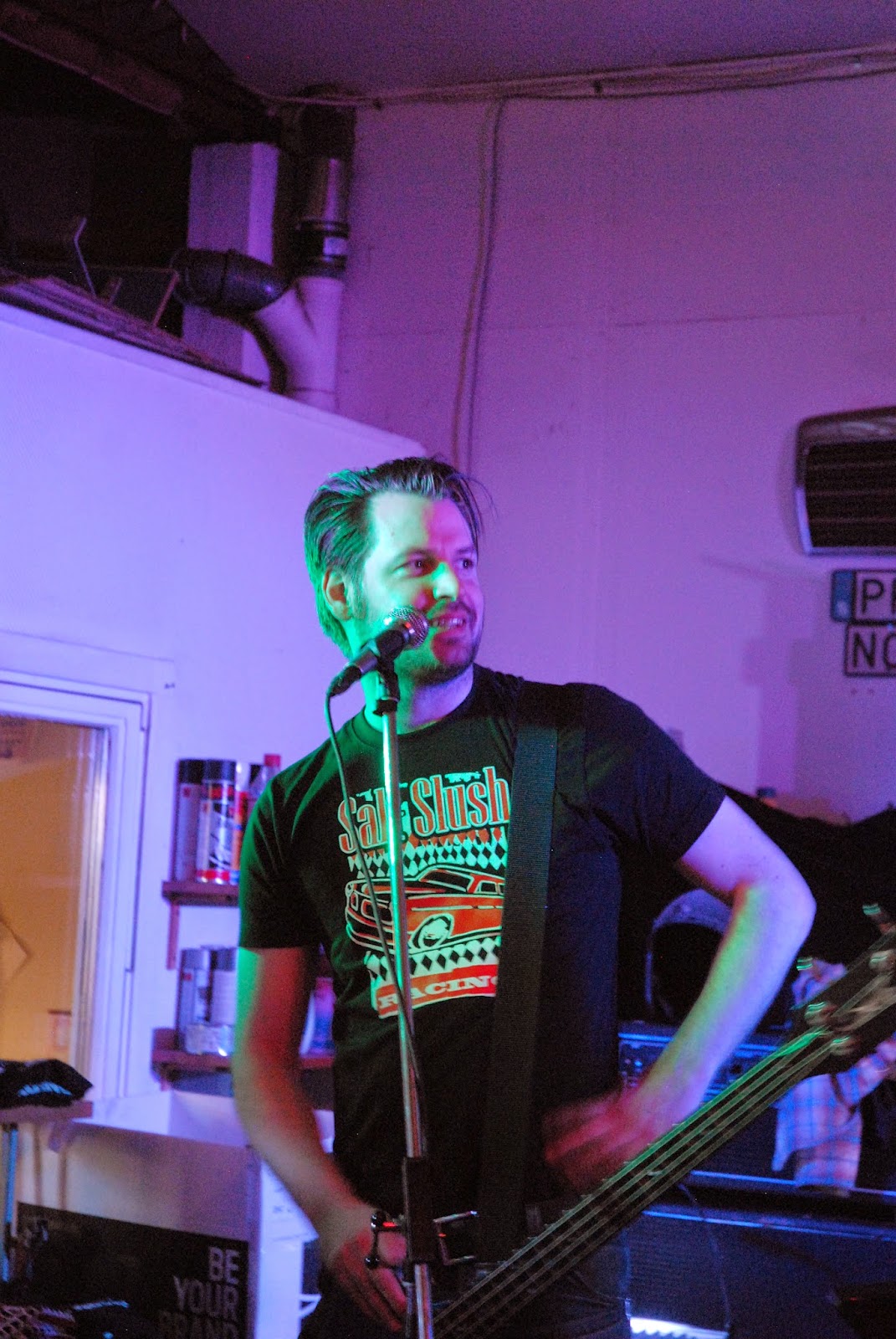 Royal Rockers Band member & Salt Slush Racing Team Member. The all mighty Magnus Börjesson in person. Here in a certain angle and a certain light that hide his dark sides. 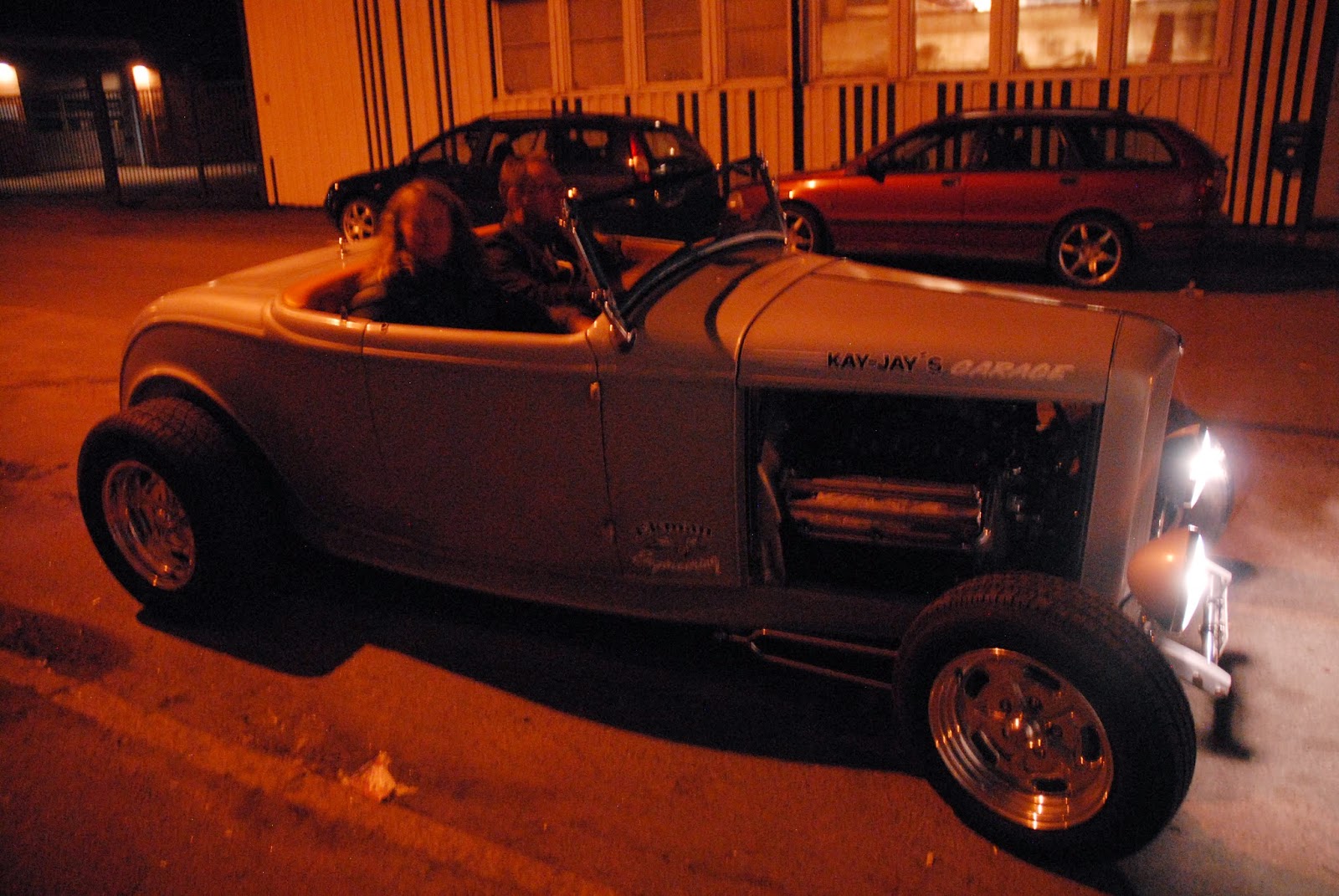 Finally, Karl-Johan and Catrine is leaving SSR HQ and their 354 hemi is howling it's song trough the dark night….
But...

Most of all we would like to give you all a Big Big THX fore helping us having such a good party !!!