SSR has a long relationship with Mr Ola Gruvesäter both as colleagues at Volvo Car Corp and as a provider of our never ending front end to the SSR Amazon.

Ola has been in to racing for many years struggeling and fighting his way in to the racing community.

In the beginning of the 2014 season he felt it was time to step up and take it to more than the next level. Since no quick and easy fixes where and are available he had to rely on hard and dedicated work in combination with sheer luck.

It was here it became the moment for SSR to step in and put the basic foundation in place for the 2014 season and Ola's debut in the Scandinavian Porsche 997 GT3 Cup Challenge. Further down you will se and fully understand the key contribution from SSR.

Besides of SSR key contribution Ola has been involved in Team Foilex as Race Engineer and Driver Coach. Due to different reasons Ola Suddenly got the opportunity to drive in the finale and managed to reach a honorable 2nd position in the finale.

Later on he turned down an offer to drive a Porsche 997 GT3 at Nurnburging.

Story continues with his colleagues at Volvo when he jumped in as a driver in there Volvo in the ERCUP - finale. They reached a 3d place

Now Ola is recuperating and slowly gravitating back to reality.

He admits that he sees above as a beginning of a race carrier with a dream of one day as a pinnacle howling down the flats in the SSR Amazon. 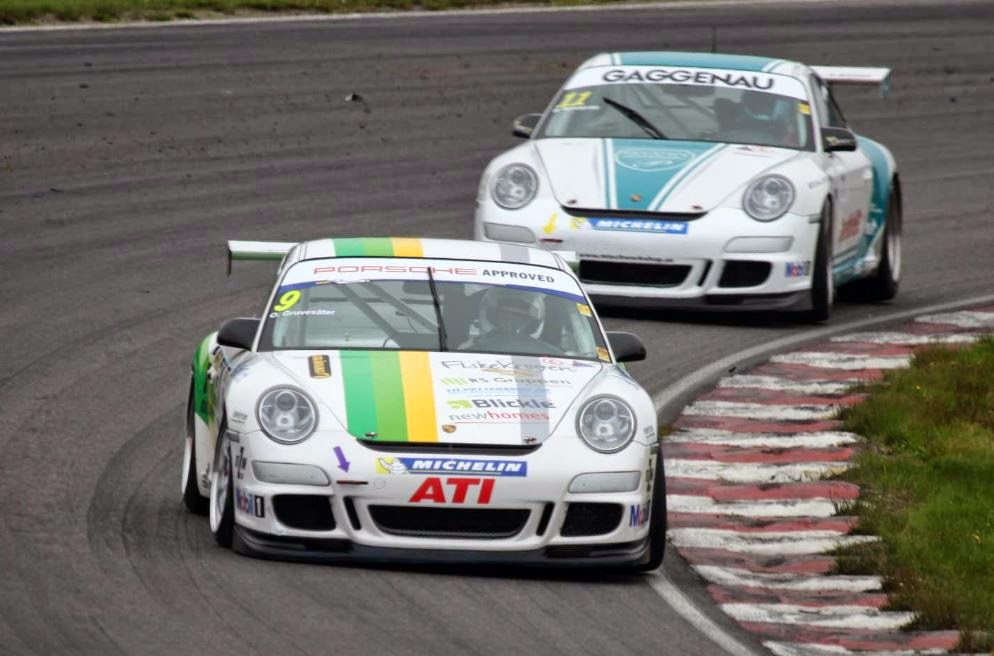 Ola in the Porsche fighting his way to the top 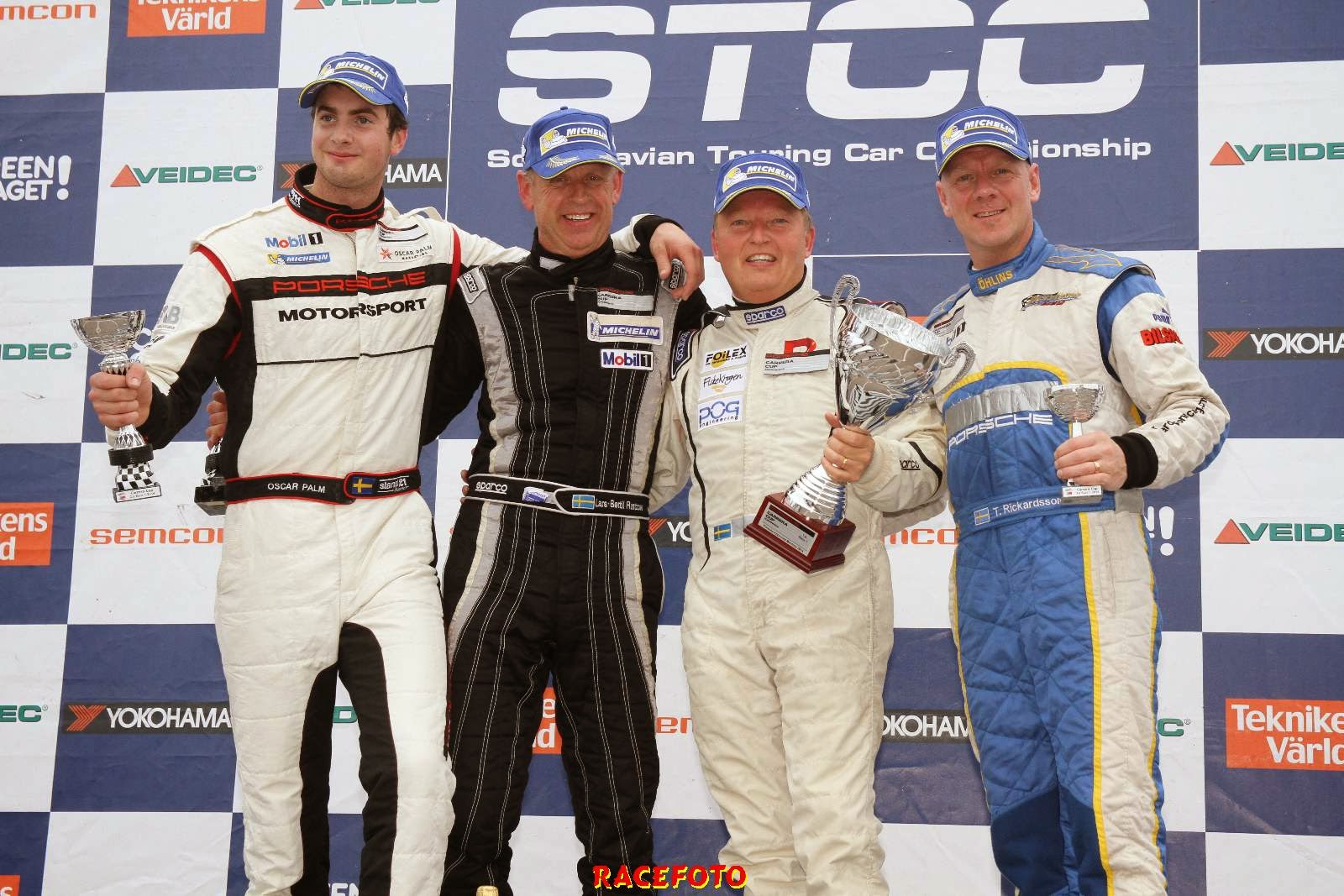 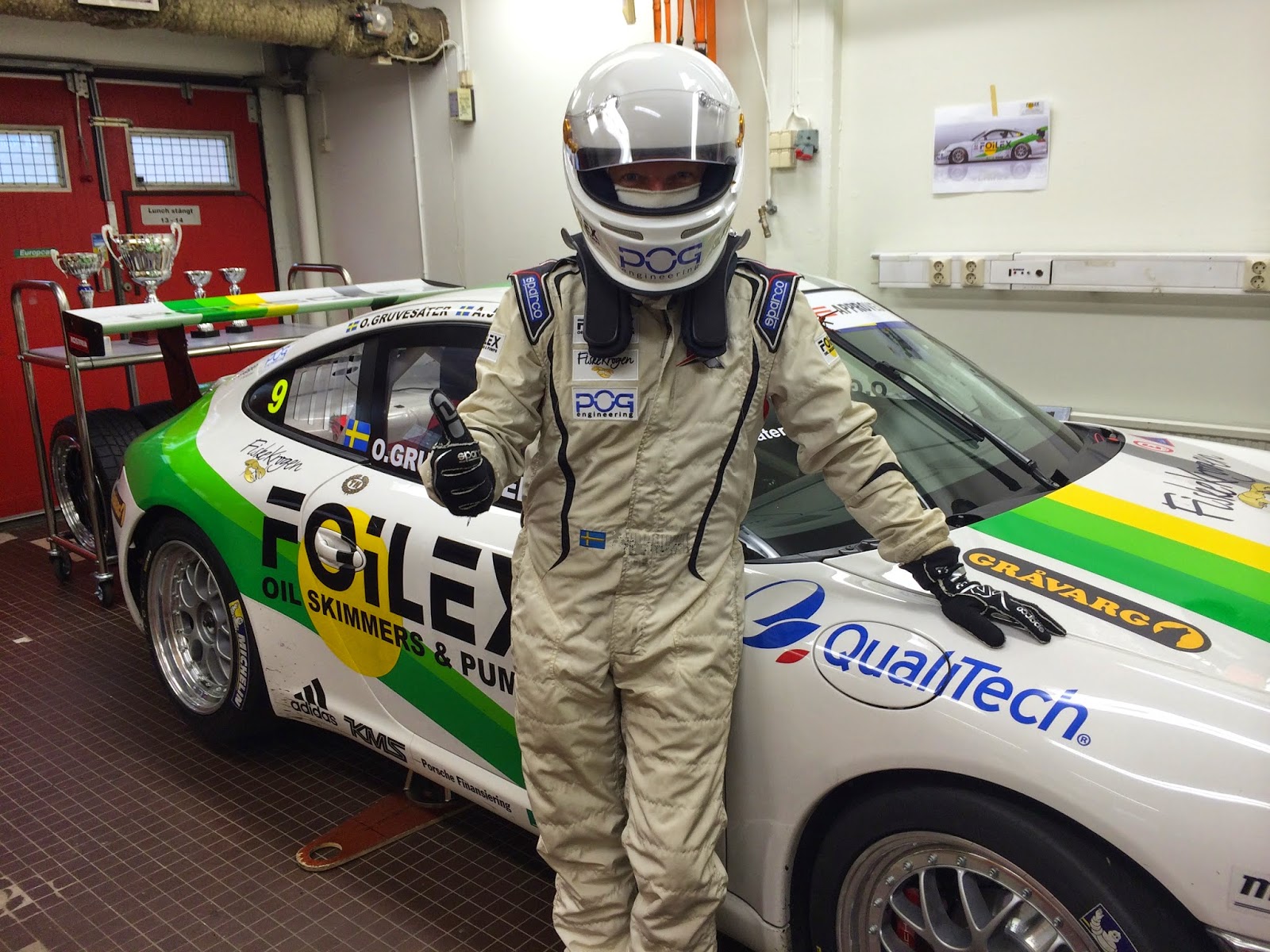 Now the interesting part start. What was the key and enabler to this success. 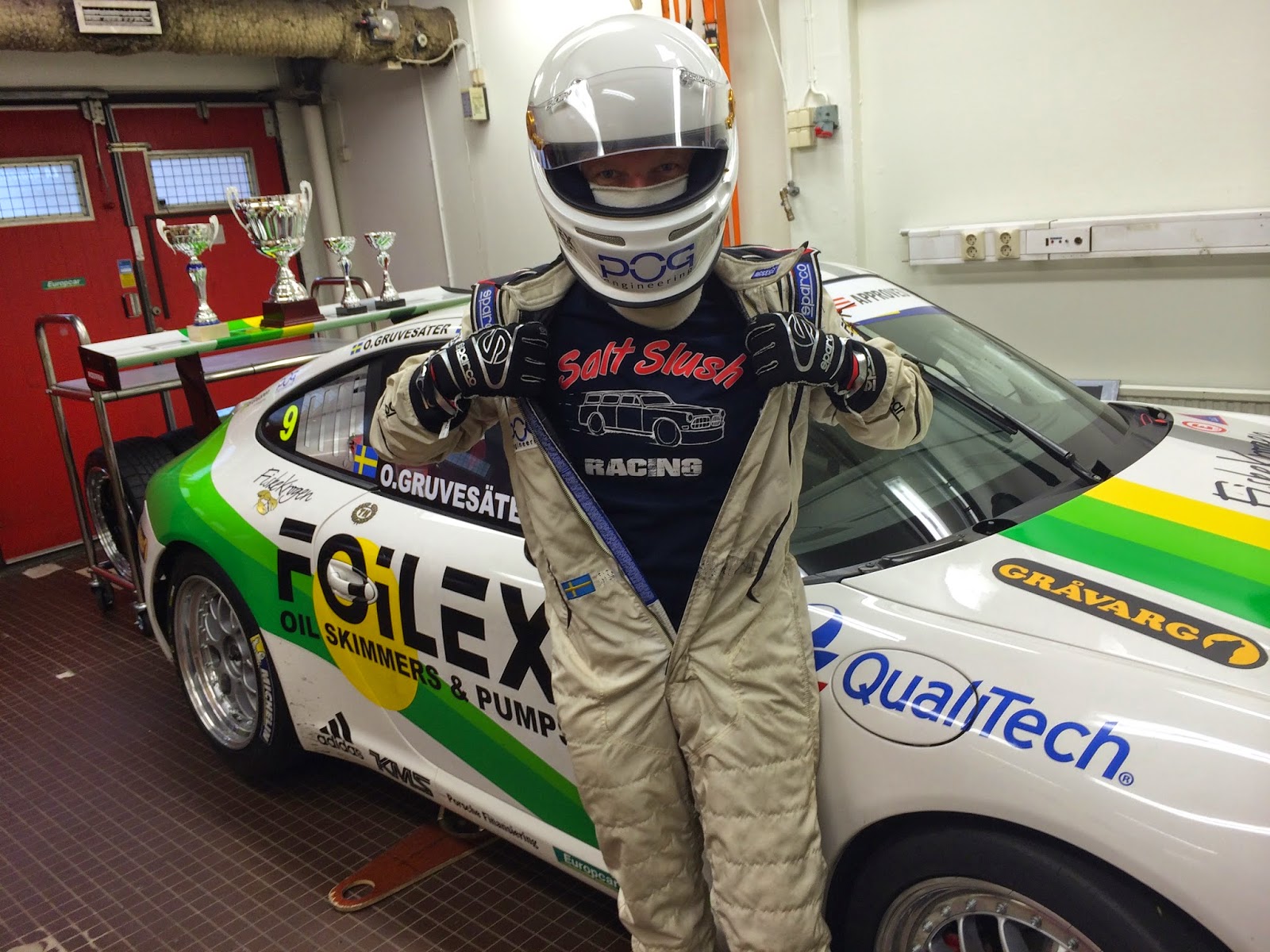 Ahaa OK now we understand, everything becomes crisp and clear. 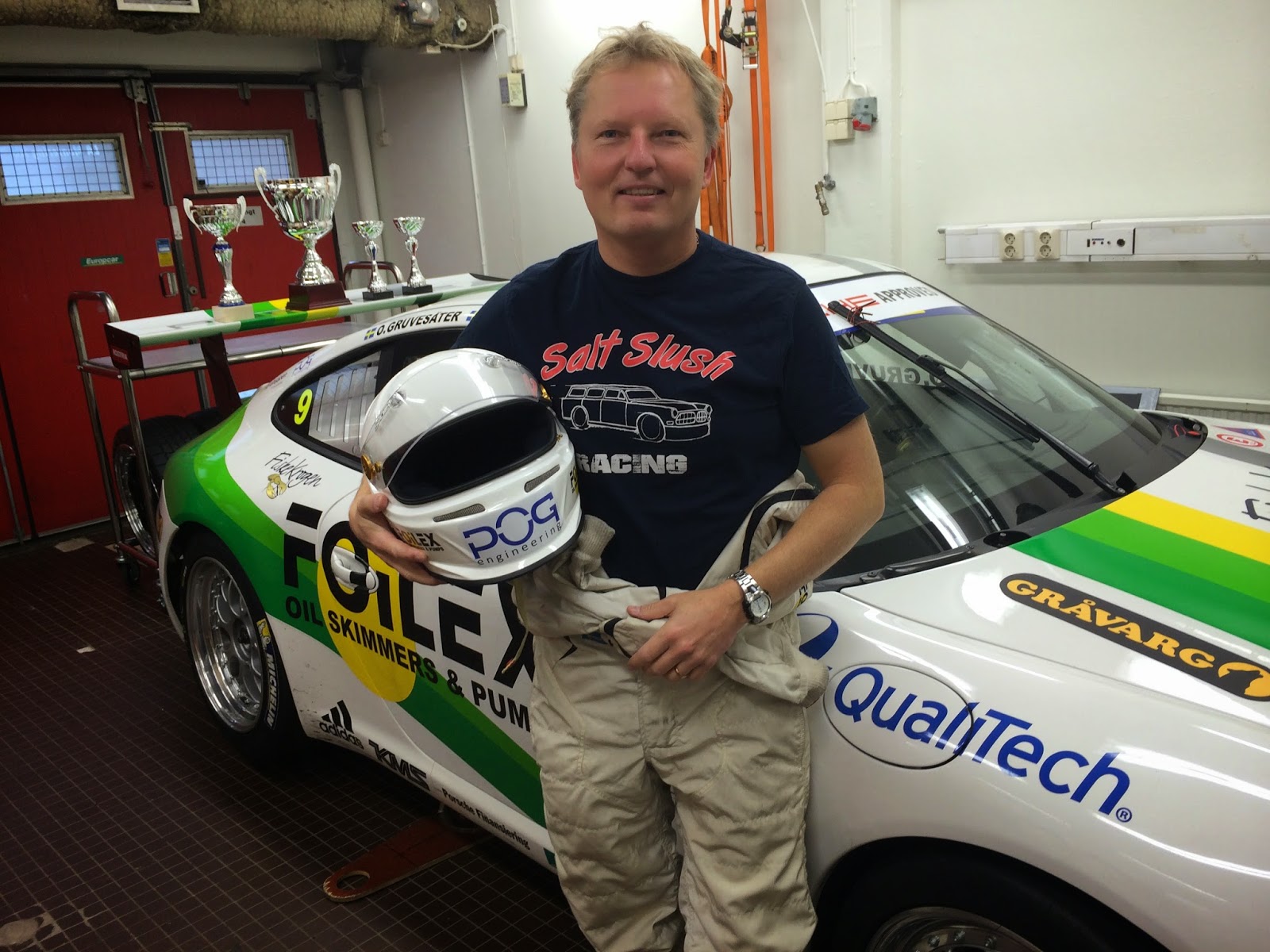 His victory is not to be reduced but honestly with such a T-shirt anyone could have made this happen.
It's kind of asking Superman to carry your piano.

Posted by saltslushracing at 12:39 PM