There was mixed activities going on this weekend in the Salt Slush Racing garage and the main topic was not the Amazon, even if Magnus ensured a certain progress. No, this weekend moving was on the agenda.
Andreas, who's been a garage member since 2006 is leaving us and instead Karl-Johan and Magnus from the Salt Slush team takes his place.
Mario & Gitte Felker who had hired a place from Andreas took their Alfa home to Germany and hence we had the possibility to have another farewell party . I think it was the forth...
Also Ragnar got all his English stuff together and he's now a lucky owner of two well working (!) sporty vehicle with English heritage. Happy as can be after this success, he prepared the Lotus Exige for a track day that took place Sunday. Maybe we'll see him again on Monday in the garage... 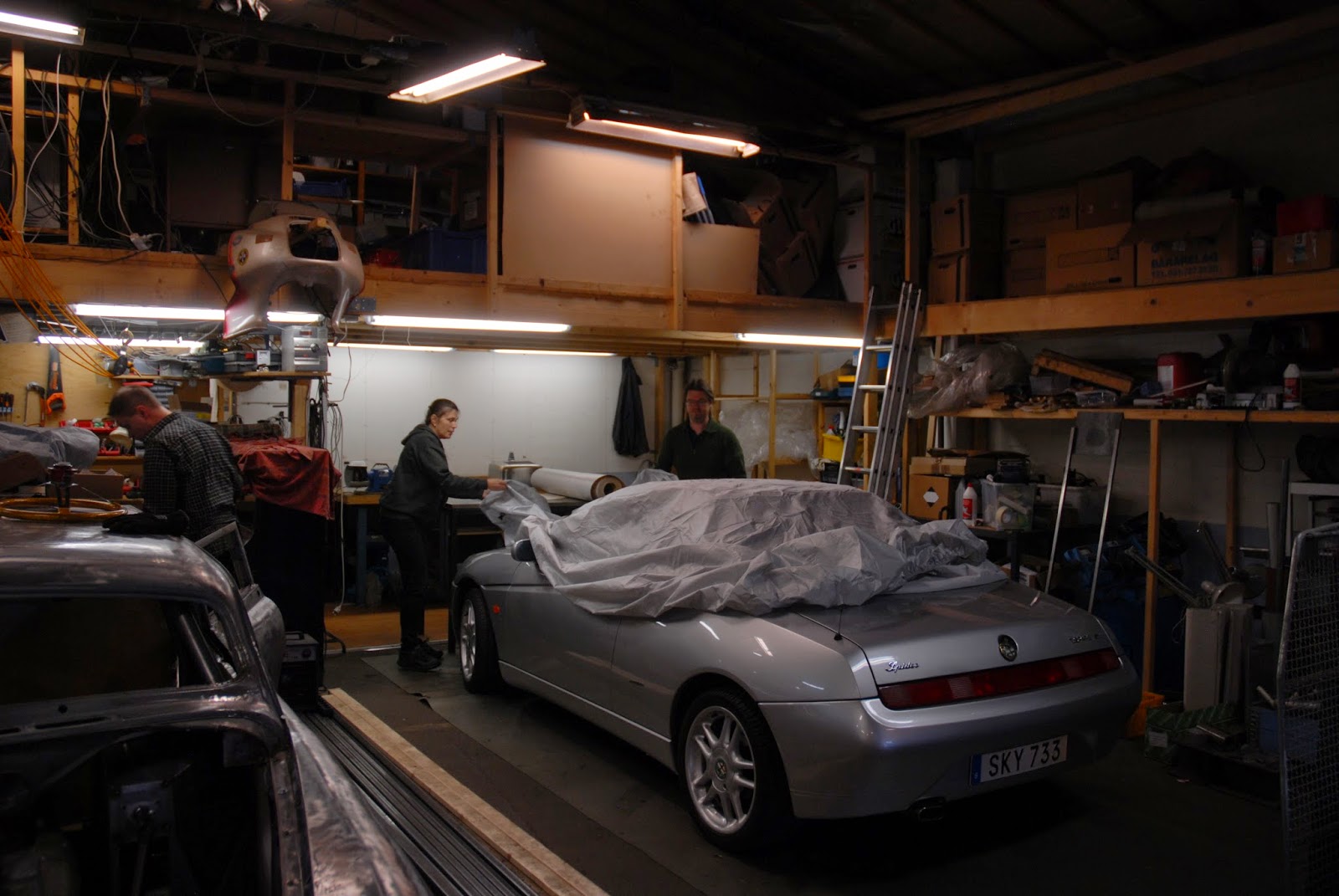 Saturday lunch: This shouldn't take too much time. Drive out Mario's Alfa and move out some stuff and then we're good. Or not... 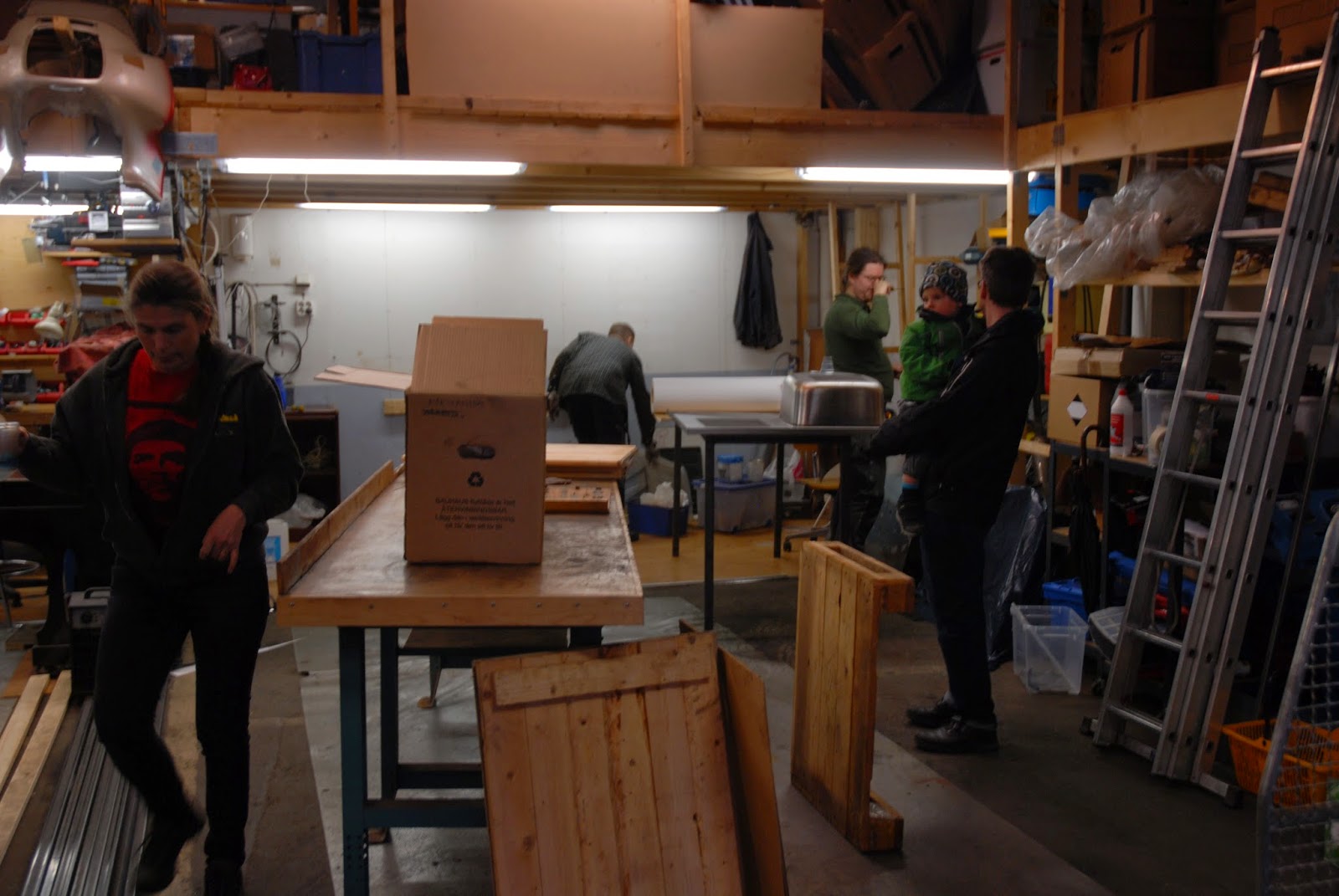 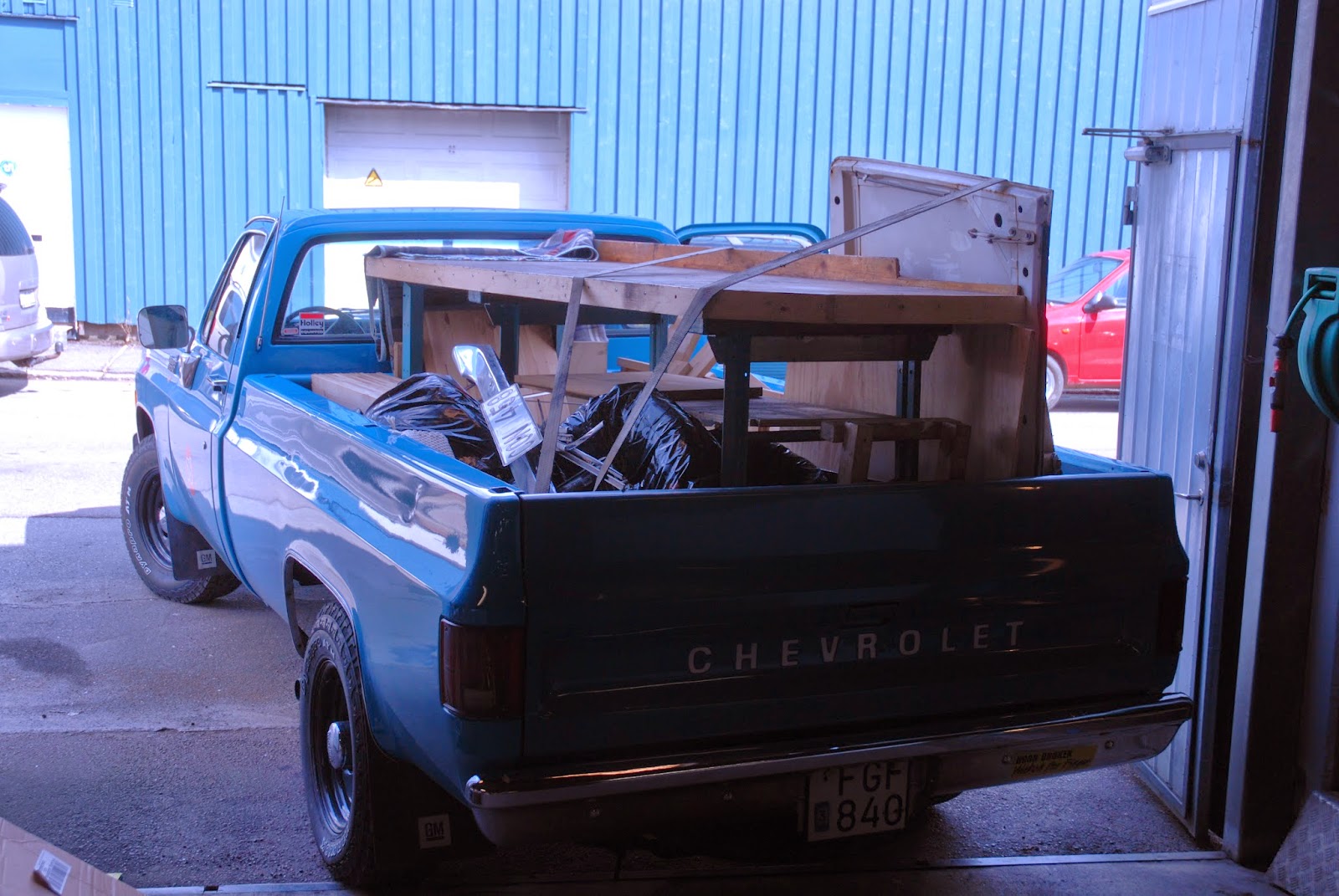 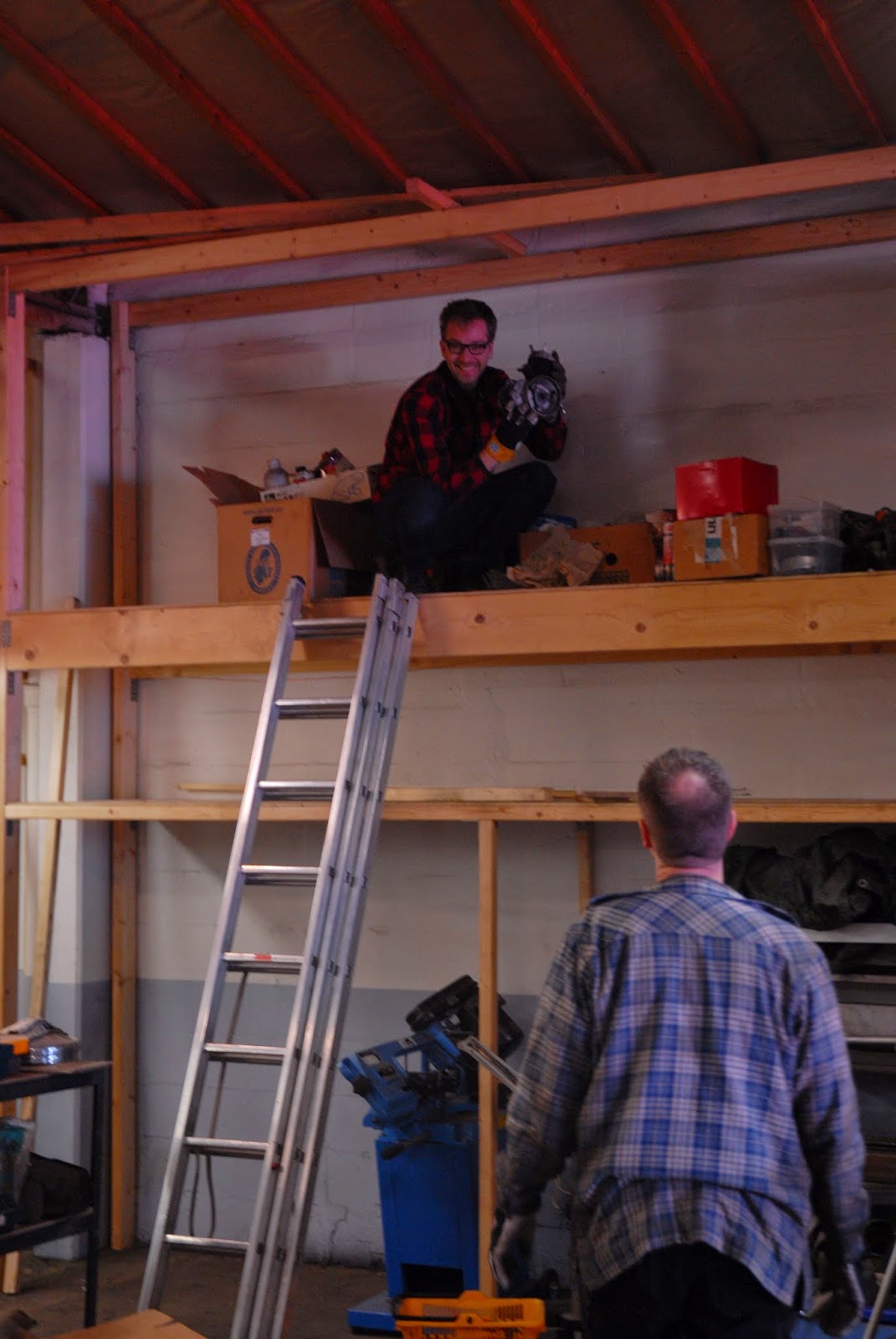 It turned out that as well Petter had filled up Andreas place with stuff and he was happy to see his parts again. At least SOME of the parts. 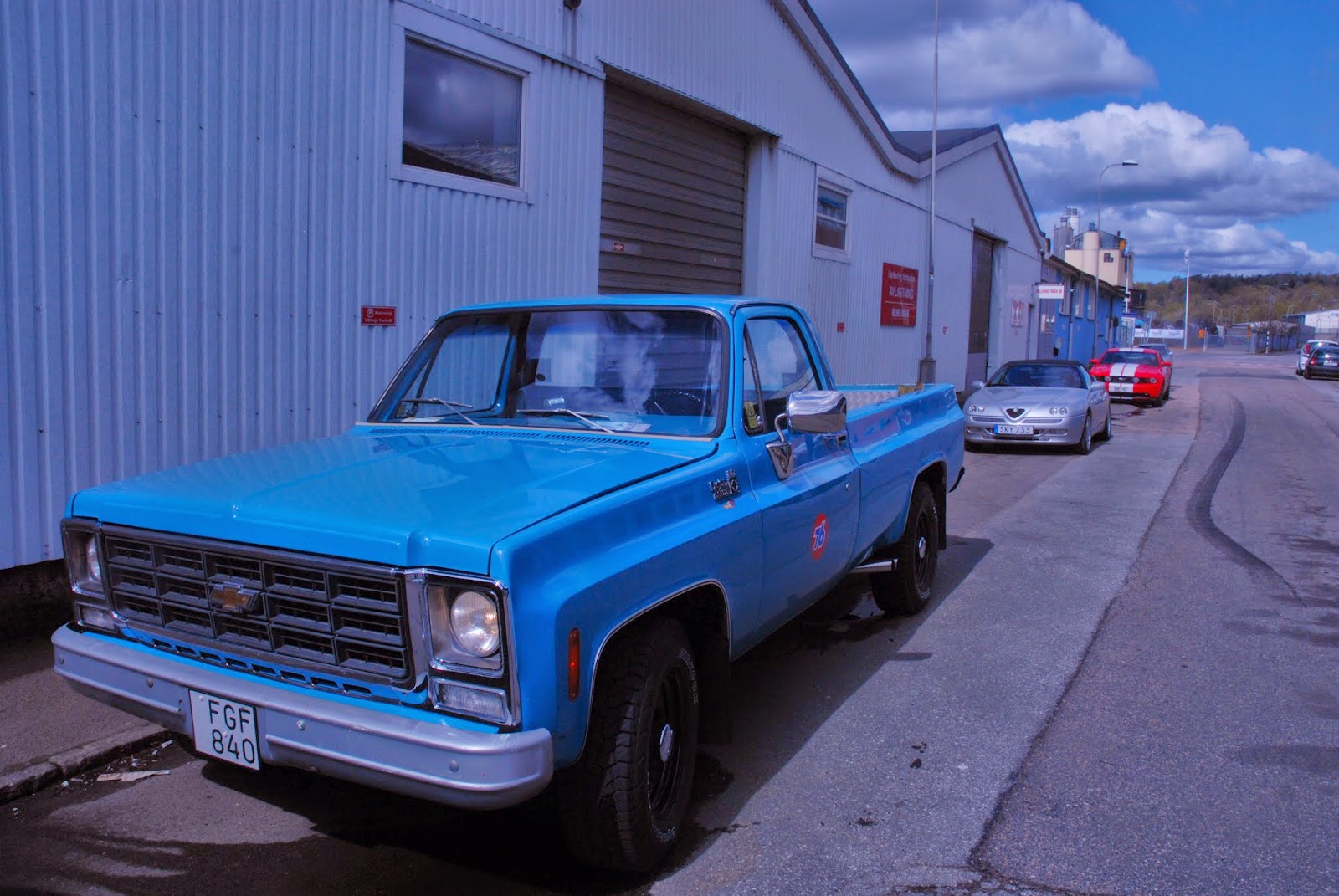 Sun was shining and suddenly there was a relaxing moment. 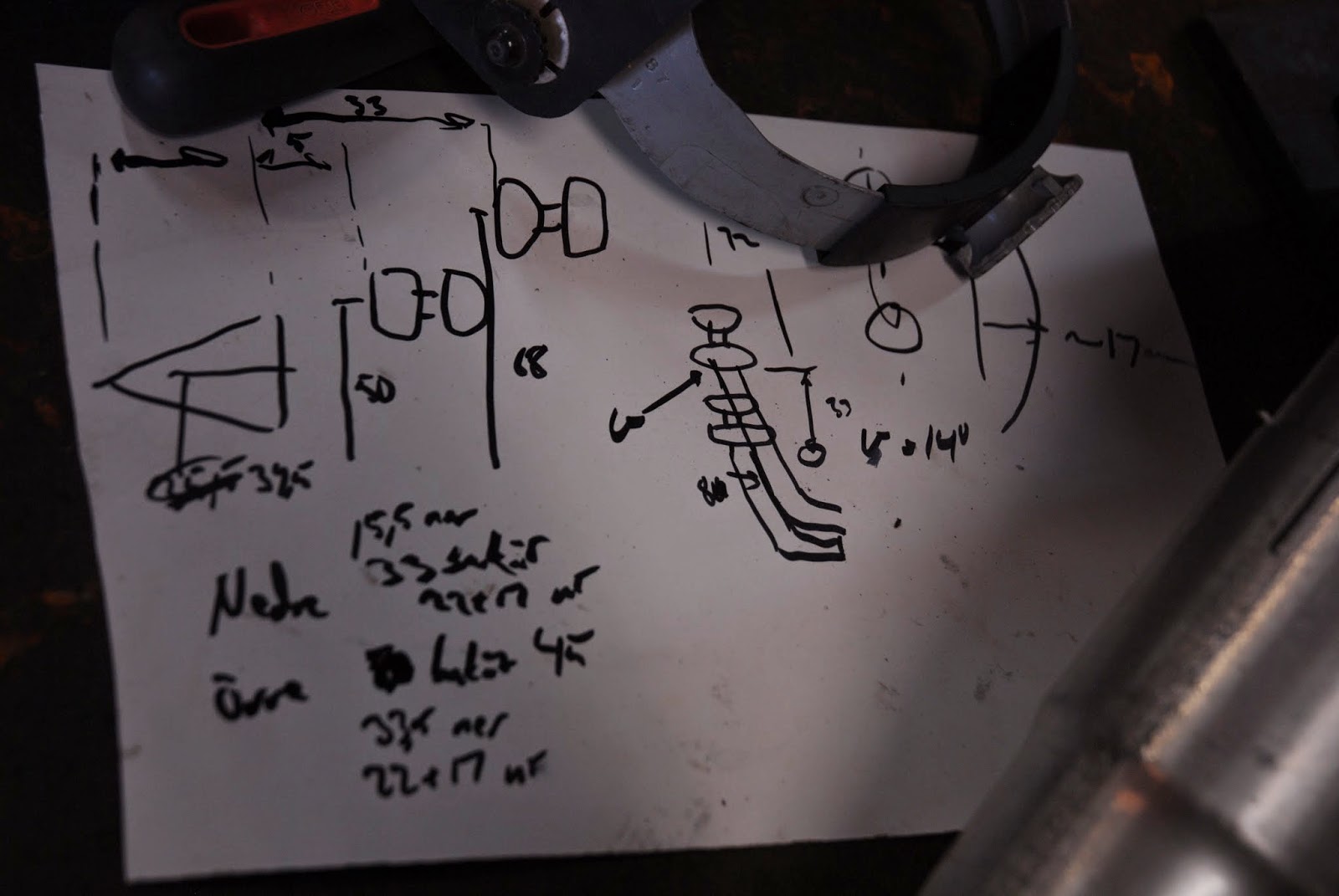 Except for Magnus who's constantly makes sketches and models. 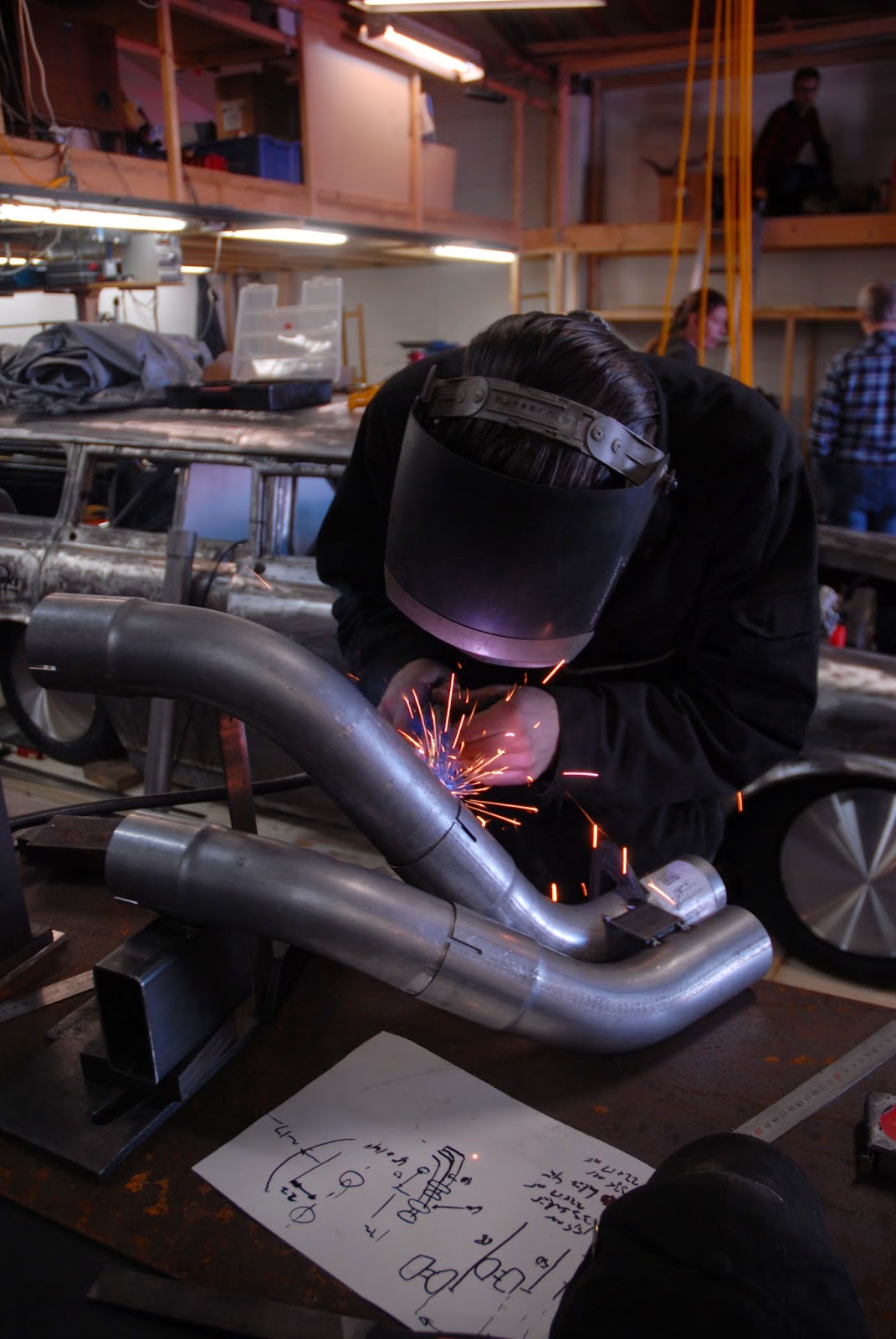 From ideas to practical shape in matter of seconds. Rapid Prototyp Classic = Magnus in action. 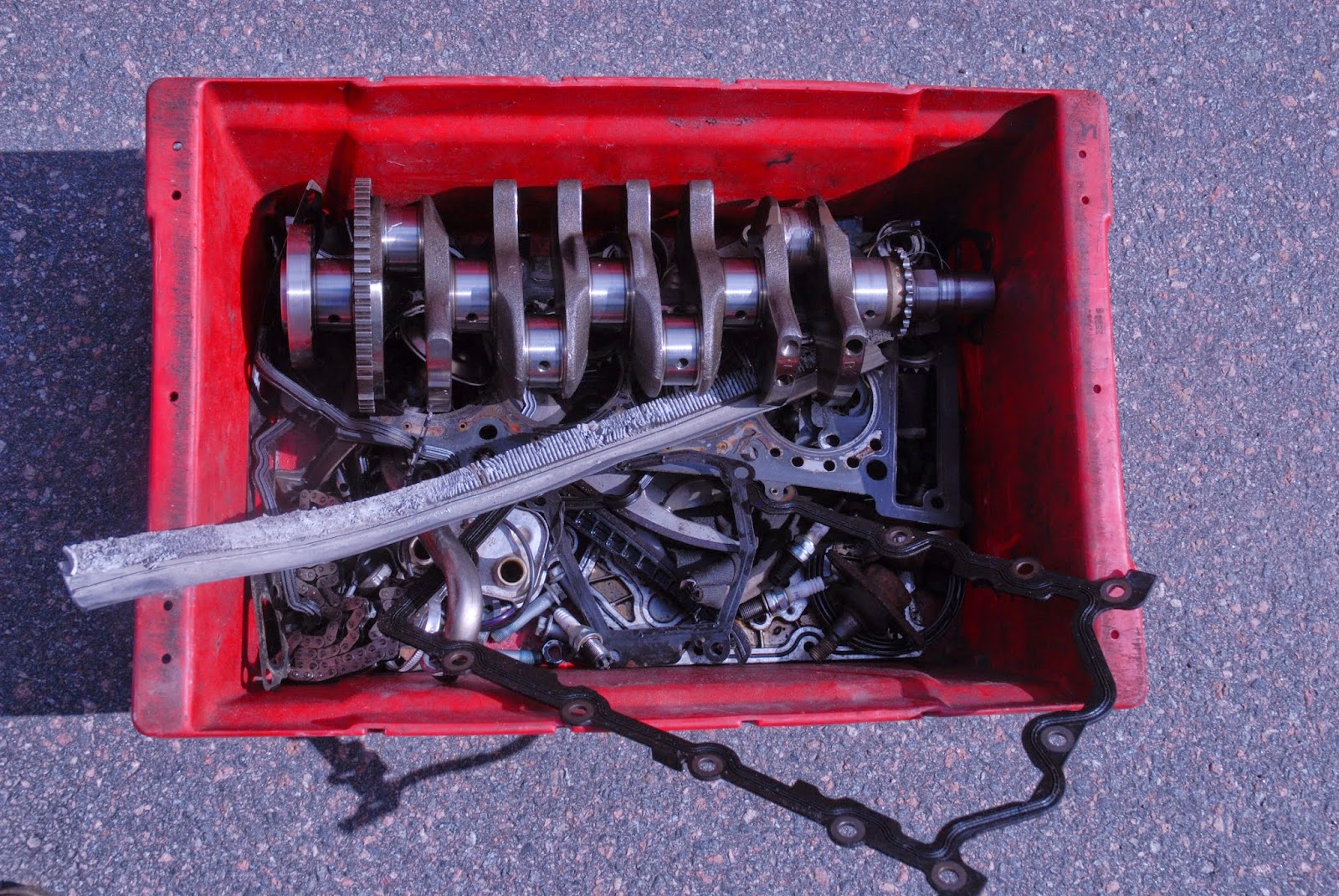 This is the leftovers from Ragnar's Mini Service, let's call it Service B (B as in Big service) 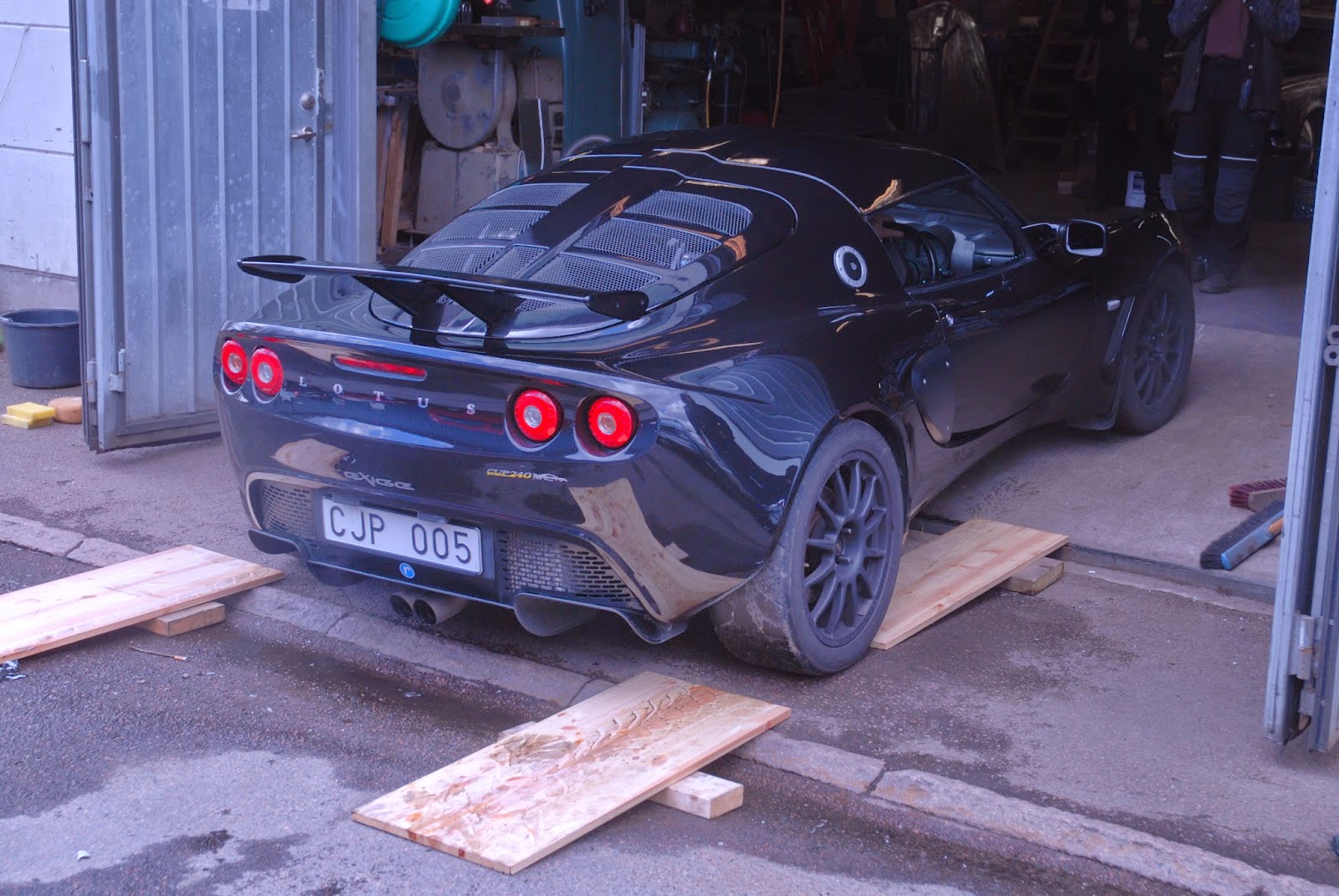 In most peoples mind a Lotus Exige 240 has certain limitations as a daily driver. Ragnar doesn't understand that at all. Especially not when he is happily prepare for a track day. My own Corvette C6 feels like an reasonable, comfortable commuter in comparison.