We felt that it was time to celebrate the soon to be hot Summer and our progress with the Amazon. But right now we've learned that we had reason to celebrate the victory of Robin Antonsson, who this Saturday won his class (Pro) in Time Attack! More about that later!

We felt nevertheless, that it was time to have a good party and enjoy The Royal Rocker in their very best mood. Maybe with a slight remark on the acting sound technician who happens to be a member of the SSR team, Magnus B. But let start from the beginning. 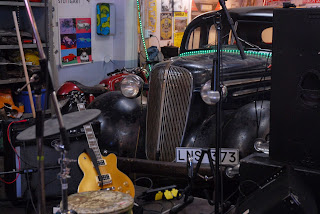 Early morning in the Salt Slush Racing workshop. Guitars and Cars. Bikes and Beer. Resting side by side. A poetic moment. 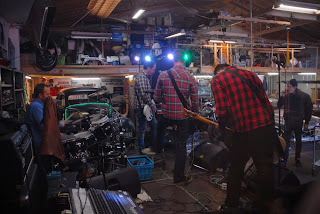 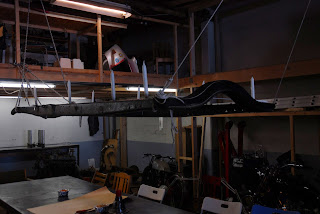 Meanwhile, the workshop is being decorated. An Ford frame turns in to a candelabra When preparing for a party there's always some spare time for dreaming. Especially if you have Buick Nailhead with a Hillborn injection in a frame. Speedy shifting is especially important. 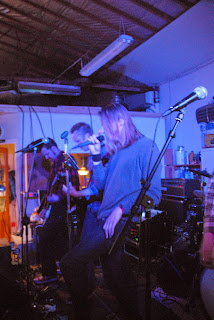 The Royal Rockers. Live in the SSR Shop! 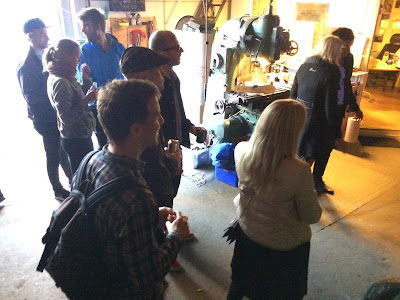 The audience and the band are warming up... 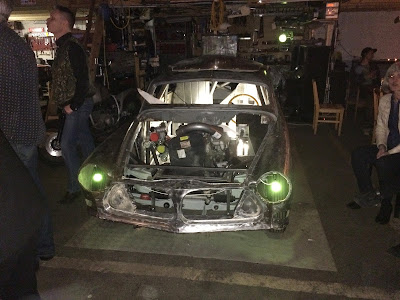 But how about The Amazon? Well, its still under construction. Here with a green touch celebrating being built step by step... 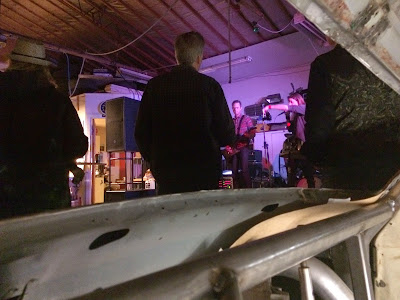 The party from the drivers seat! 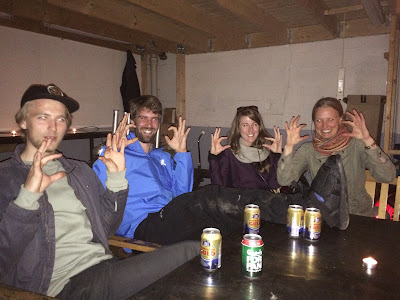 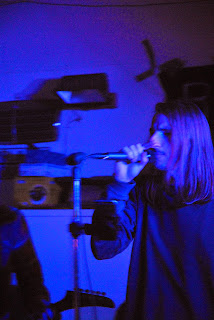 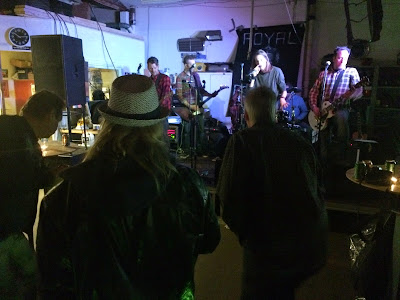 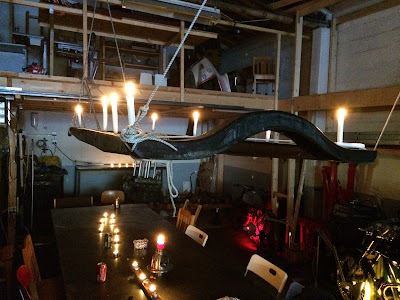 Eventually all party ends. The model A frame and its rustic touch in the stillness of the night. 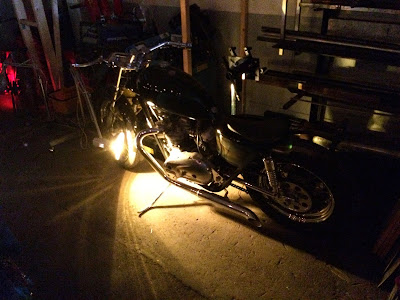 As well a Triumph is resting in the dark...

Posted by saltslushracing at 12:54 PM