Alternative to Yoga, Golf or Drugs.. A Roadtrip!

Make cars not war this is our twist for the Automotive United Nation and we make for sure more noise than Ban Ki-Moon. It was a lot of Hala Baloo when we gracefully drove from Göteborg to south of the border or at least to Hallandsåsen. When Kalle (KJ) Brought people together to do good deeds.
Why?

We a all need to nourish our souls, find our work-life balance, find our way to relax and bring the world together.

In the seek of the holy grail of stress relief and peace making we're a group of people that, two times a year, raise to the occasion and announce a day of vacation and leave  our home really early, drive long distance in enthusiast cars, while we wait for sensations to appear. 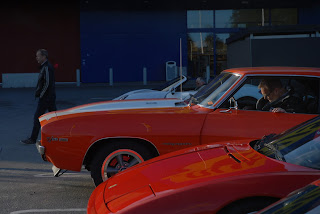 A German, An American and an Italian, one early morning is autumn at sun rise. This is a political correct example of a successful integration in to the Swedish society. Something for all politician to reflect and learn upon. 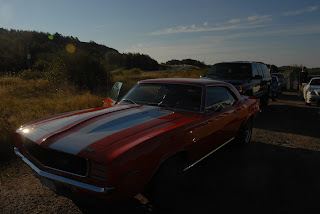 Who the hell is driving the Burb in the back? Well, it's me Håkan. Someone needs to be the biggest and have a decent displacement. KJ's happy reeving 302 is not impressed, big and slow is what Big Block Suburban is according to him. 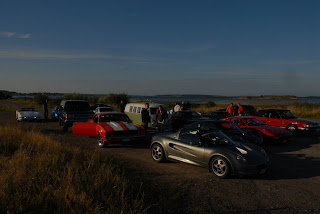 Olle's Lotus one of three at the Beach represent the British part.
Charming but cold. No one was up for a swim. 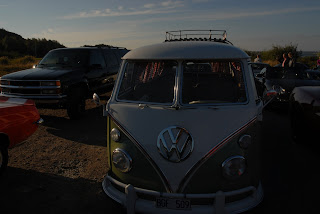 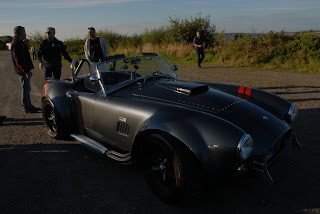 Håkan J's Factory 5 Cobra, It has some serious motivation. 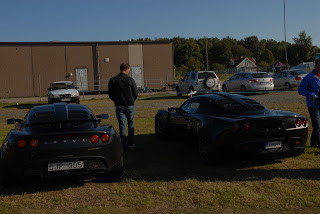 But hey, doesn't the right Lotus look a little bit wider? That's because it has a V10 BWM mill onboard. Then it has to grown a little, its natural, nothing strange. Johan Zachrisson has built a really nice car. There is however a rumor...the BMW powered Lotus was hotter than a Soumi Sauna in the middle of a dessert inside the passenger compartment. But that's only a rumor. 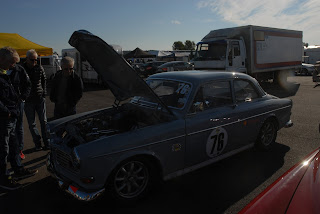 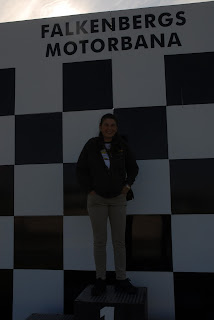 Carina, the undisputed No.1 At least for me. 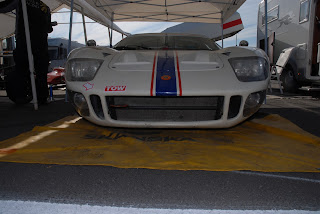 GT40 has a very inspiring cooling system approach. No compromise. 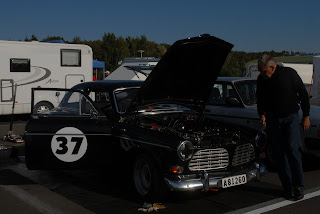 Yes, we care a little bit extra for Amazon´s especially in race clothes. 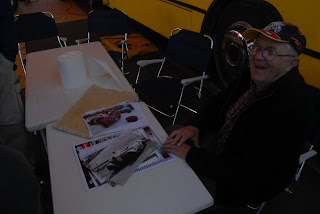 Frank Högberg and man with fuel in his veins, in story telling mode, here showing us pictures of his collection of race cars. Entertaining and engaging. 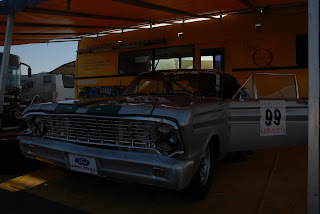 One of them race cars, Franks' Ford Falcon. 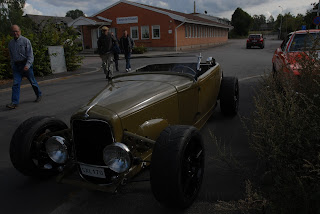 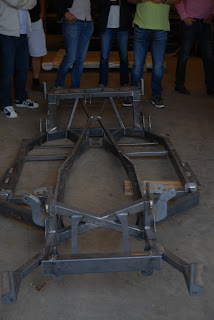 Car guys and a frame. Or rather, car guys and a AC Cobra frame from Auto Fab in Bjuv, Sweden. It always encouraging with frames and dreams associated with frames. A nice visit. 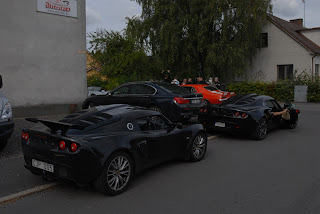 The Lotus Exige is already from the start somewhat less comfortable than a Mercedes S-class, but it's still possible to make them even more oriented towards car guy psyche only. When a V10 is added the car is more like rocket on rail.
The only issue is that you have to be very very slim and practiced Yoga to be able to enter the car and for sure to get out of it. KJ tried and only managed to get his rigth leg in to the car.