Is Santa for real ?

During the last weeks we have had a never ending discussion; -Is Santa for real?
It was mostly the younger members in the team who has been ambivalent in their opinion.

We who are older and have gained experience over many years, do not expect any miracles or parts to the race car for free under the tree.

If Santa had been listening to us, he would have given us a set of rear brakes that fits our 9 inch Currie rear axle, but since he didn't, we have tried to set up a mix of Chrysler Voyager discs and Volvo 240 calipers.

We haven't been much in to brakes since we are more in to go fast side of the story…brakes is kind of the opposite.

So me and Håkan made some serious shopping today, which means buying brakes and aluminum, at the same time as when everyone else were running around trying to get ready for Christmas. We on the other side drove around in Carina's pickup truck collecting parts and stuff. 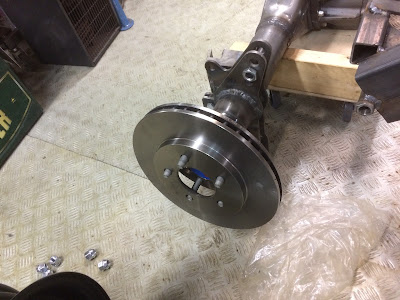 Chrysler disc could maybe be something...but instead, we later on, had  to return them. 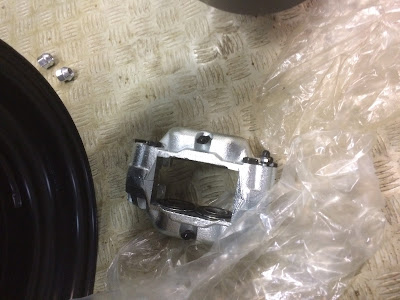 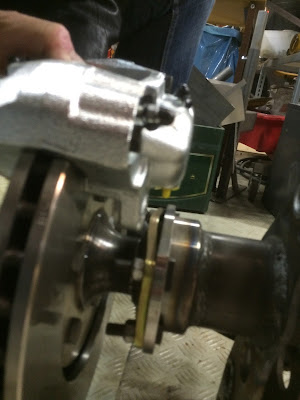 It can work... some modification here and some there...maybe hmmmm 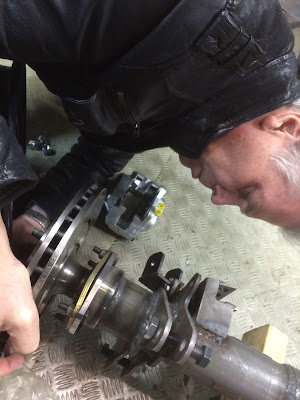 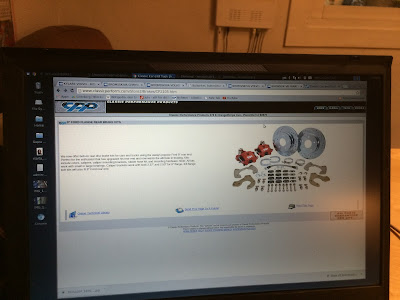 Competence and knowledge are sometimes heavy to carry the only thing to remember is that it's even more work and burden to be without this. This was proven since we had to go back to Biltema and return the heavy metal (discs...) 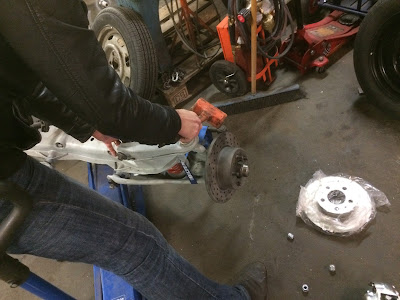 How about the front brakes? We would like to have vented brakes. 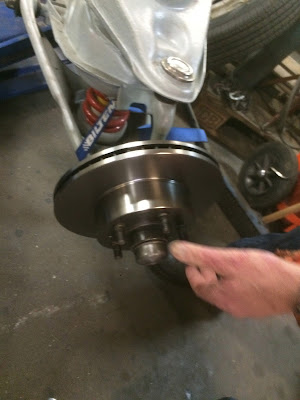 Volvo 240 Girling fits on the hub and the Caliper seems to fit reasonably well,
maybe some mm on or off. Then we're good. 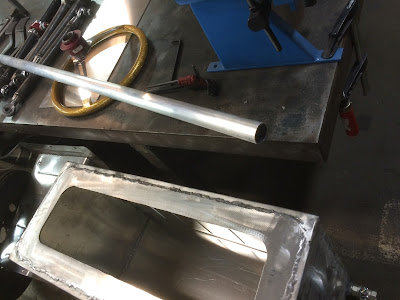 We found a nice 1,5 inch aluminum pipe with 3mm thickness to use for the cooling system. 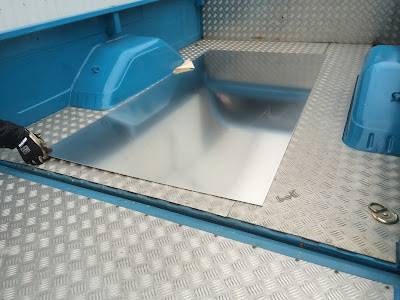 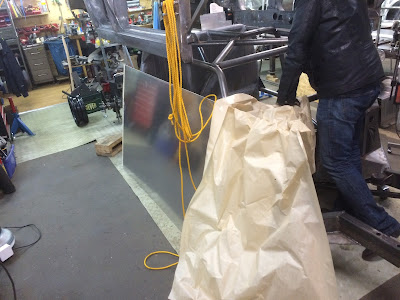 Material lining up for some happy work in the Garage.
Tomorrow we are to pick up some more.

All in all Santa is not to be trusted,
at least when he is as busy as is the case these day's.

Posted by saltslushracing at 7:09 AM