Friends, Gastronomy and Speed. A recipe for progress.

All of a sudden, the Friday night fog lifts off and Saturday morning, with its clear sobriety and the underlying need for action, is there. Luckily we were prepared when Salt Slush with friends arrived in the workshop the first snowy day of the weekend. 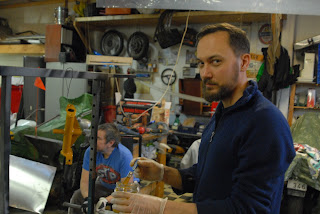 Ragnar was there, painting a homemade, but improved, Lotus part. 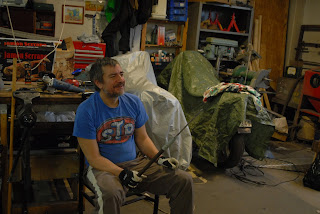 Tapio sharpening a bush sword for the coming weed season. Does it look frightening to you? Don't worry it's possessed by nice man. 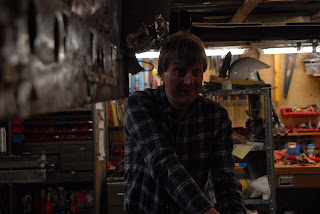 P.A appeared this weekend twice. The Salt Slush Team welcome him and bows. Because, he's the wizard of electrical systems. Hence, we obey him. We will bring him pork, wine and rubber smoke. If required. 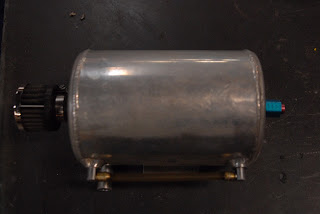 Old, new, borrowed and blue...no, no, we're not superstitious, but we needed something with racing heritage in our race vehicle. This oil catch tank as been bouncing around Nürnburgring in a 24 hours race according to Ragnar. Feels good to have it on board. 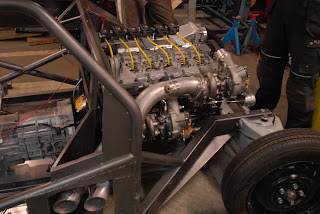 How about this? Not cobbled. For real. 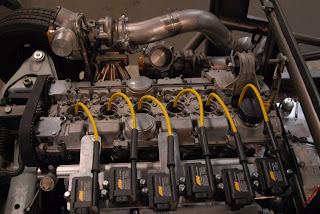 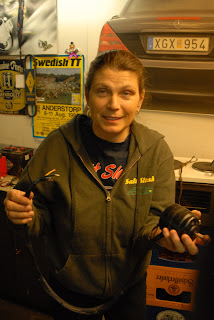 Meanwhile, in another part of the workshop...Carina changed the electrical cables in the Ford -46 heater. 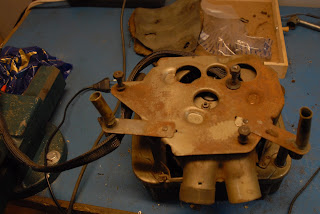 If you're trying to prove that US, after the second world war were on top of productivity and hence designed stuff in a way that it could be easily assembled, take my advice and do not use the heater unit aimed for a Ford -46 as an example.
﻿ 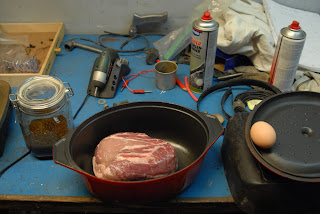 For many years, Carina and I has been into cooking and cars. Pork, Power and Pushrod in a poetic mixture. 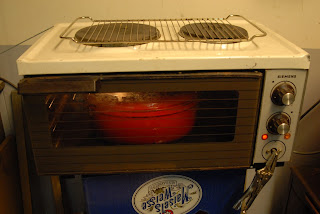 Therefore we have an owen, which should have been replaced 10 years ago. But we're eager to not overconsume. 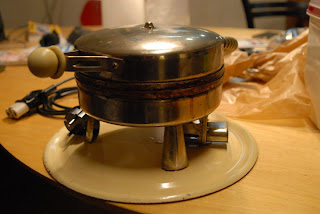 Taking about workshop cooking. Isn't this a nice piece of heavy metal? An old school waffle iron. There's nothing like a workshop waffle when blood suger runs low. Keep's you from bad temper... 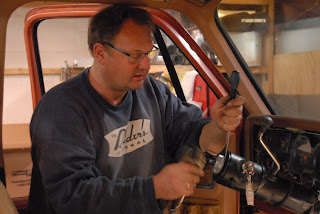 ...when the custom steering wheel in your Big Block C10 pick-up truck obstruct a painless assembly. 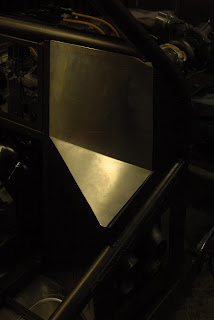 What the f..is this? A surrealistic piece of aluminium? 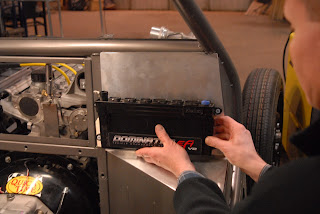 No, it made to accommodate the Engine Control Module from Holley. We getting really close to first fire/no load start now...We're starting to prepare mentally for the event and the potential celebration 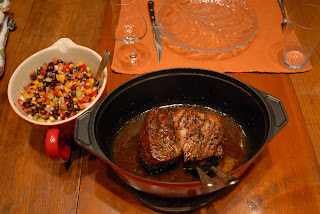 The result of workshop slow cooking. Progress in garage and a nice evening meal. The WD40 flavor goes well with Pinot Noir...