Like a train﻿, we´re moving on, we're on track. But as a train, we're sometimes delayed. Delayed by small workshop devils, who lives in the details and like to obstruct. Luckily we've managed to take them down, one by one. At least so far...
Here's some ongoing fights. 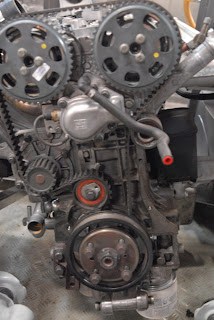 Why is the Torsional Vibration Damper (TVD) removed? 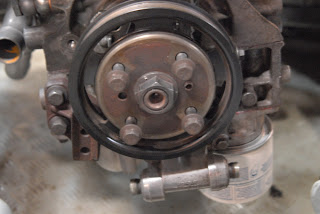 It's because the adapter to the external oil cooler from the Volvo 960 engine doesn't package with the TVD from the S80 T6... 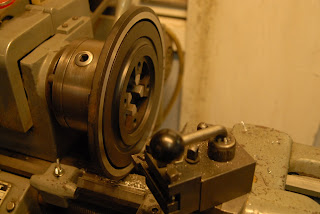 The fix: TVD in lathe since we need to remove the conflicting material. Will this have an impact on crankshaft durability. Hopefully not. 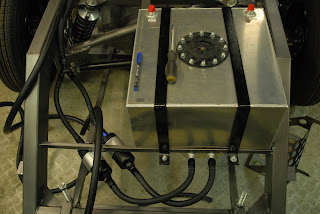 Yes, we needed rearrange the tank position a little. but now the pump's are in position, 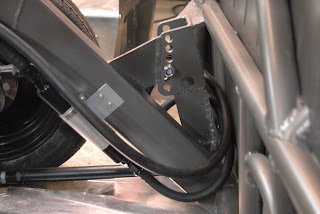 The fuel filter is holding on to the frame. 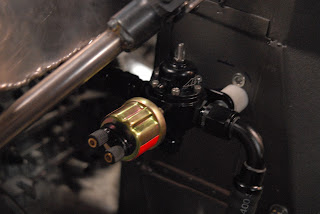 The pressure regulator has found a nice position as well. The fuel system 95% ready by now.  Yes, we know, only 100% counts. 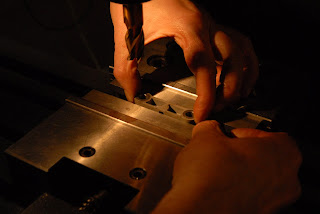 Coming back to the devils...and workshop troll's. Only one detail is stopping us from final assembly of the complete powertrain; The cranks sensor! The S80 cranks sensor bracket doesn't fit. The sensor from the 960 would fit, but it's gone. It's gone in a typical garage kind of way. We've all seen it in the workshop, there's even photo evidence and we've all spent hours looking for it.  We needed debriefing after checking the price of a new one, so now we're determined. Determined, to modify the S80 sensor bracket and move on with our lives. 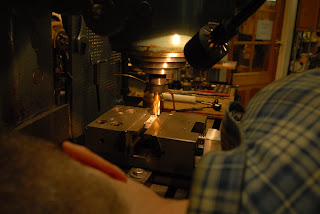 Anders in action. Soon another obstacle is gone.