The big, ruthless cake mystery and the vendetta.

What does a cake got to do with it ? Well, as it turned out, much more than you can possibly imagine...

Let me explain. The SSR workshop turned in to a ruthless vendetta between Magnus and Håkan today.
Why? Easy, there were no cake left for Magnus.....

Let's do some fast forward and take a look at Håkan and Magnus after the showdown turned in to a slow down and peace in the workshop. 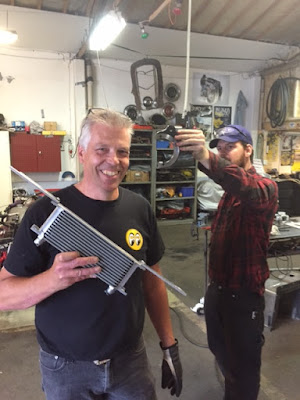 Workshop battle: oil cooler versus rear brake caliper adapter.
How bad can it be ?

After I left the workshop, Magnus got it all together, which for sure is an enormous victory.
Soon we'll have some stop in the SSR Amazon to handle the Go. 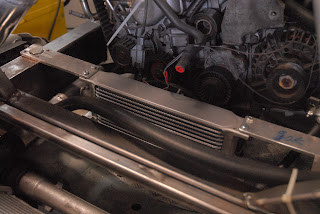 The engine oil cooler in the final version. But there's a before and after. It was re-designed... and re-designed. After the third version...it was all good. To cut it short, Håkan was under pressure since he had eaten all Magnus cake just before Magnus arrived and that ain't good. 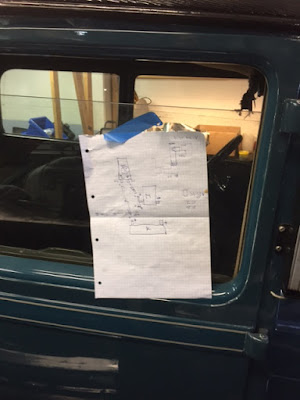 Meanwhile, as the extremely serious workshop showdown was going on, I maneuvered in the shadow and did some progress on the big water buffer tank. Above you see the precis and complicated schematic of the internal cooling tank set up. As you all can see, we use a pretty advanced drawing program, way better than yesterdays card board engineering. 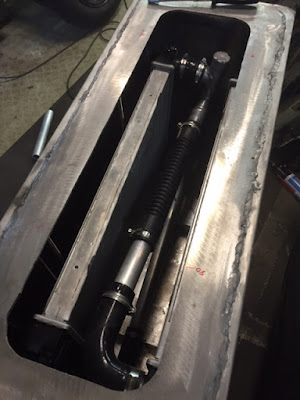 Finally, all internal pipes and all hoses were connected. Perhaps a small step for mankind, but still, a big victory for SSR! When Anders saw all the connections etc. he started to explain the set up for failure, if you multiply weakness with weakness with weakness ..... it becomes very weak....not strong. If we sum it all up. 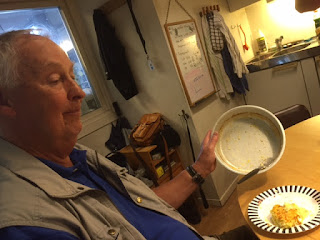 Mårten Björnsson, Håkan's father, had made a delicious cake. Mårten is in to gardening and he had a lot of Zucchini's that had to be used in a good way. When you're from Småland (in Sweden) you don't waste anything. Usually you make a Småländsk cheese cake to feel at ease. But now the cheese was exchanged with Zucchini's. Sound's terrible, but, as you can see, the pan was empty.

Håkan was extremely clear and stated that the cake could not be eaten and the Zucchini part was just nothing more than plain stupid.

After some debate Håkan tested the cake, just a small piece.... and then, after two big pieces...he became quiet and at ease, quite unexpected after the statement above. Or was it just the normal father and son debacle?

If you look closely, you see the sign's of sweet big time victory by Father Björnssons 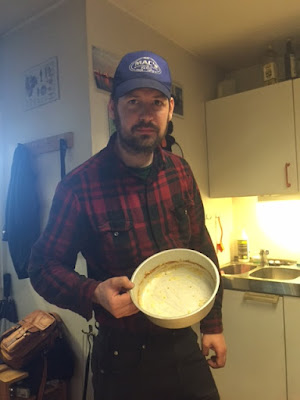 Just after Håkan had cleaned the pan, Magnus arrived the workshop. Ending up with cold coffee and no cake. But Magnus had eaten breakfast before. Or not ?  We don't know for sure...
If you look closely, you can see the signs of disappointment, despair and perhaps even hunger in his face. 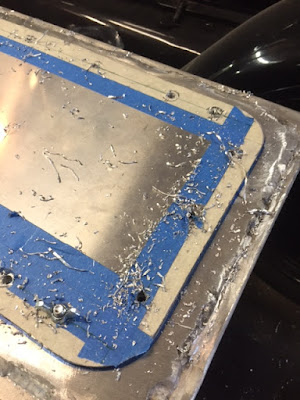 After The Fika, I kept on working with the tank. I still have to  finalize some more details, sealing and an easy way to load the ice.

Next big challenge is to fix the tank in the car in a way that makes it safe....
100 kg water in a tank jumping around in the car is not healthy. 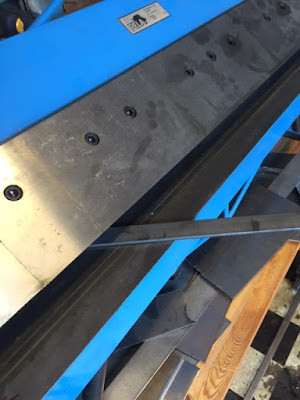 But what is this? Who's put a way too thick piece of steel in my sheet metal brake, who has such an evil soul? I'm really worried. Was the showdown a beginning of a workshop melt down?

You should know that I only had a modest piece of the cake....
Yes, it was very good but I don't need to grow bigger.

I don't understand why, I have only expressed nice and balanced opinions in the workshop, talked about the importance of respect and the need of helping and encourage each other. Almost like proclaiming World peace combined with saving all the Whales. If you see what I mean...?

Posted by saltslushracing at 1:14 PM