We've slept on it. So now we know. We're on our way to perfection. But the road to success is paved with failures. It'll be a journey through smoke, heat and passion.
There might be flames, but hopefully not eternal ones and in the best case only in the combustion chambers.
So, what have we done since we where at Street Power shop In Olofström this Saturday?
Sleeping? Nope. We've been thinking. Or rather analyzing what went wrong and why. For those who want to know, here's our findings, one by one.
﻿ 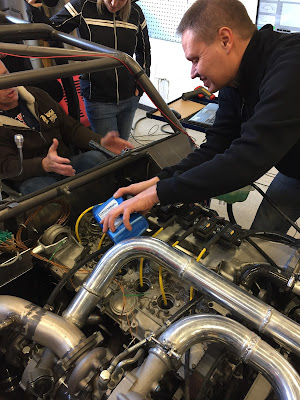 Why is Anders topping up oil and why am I so engaged? It's because we have just found a new oil leakage. As the turbo's and manifold reached 950degC the austenitic stainless steel manifolds moves some millimeters and makes the sealing at the turbo oil drains leaky.
How to fix? Add 100mm of heat resistant flexibility at the oil drain pipes. 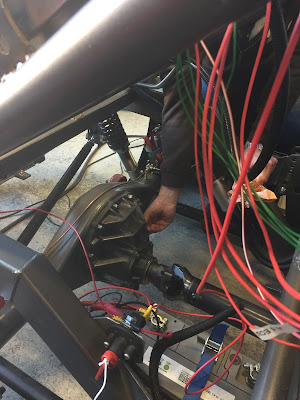 But what is this?`Why are we checking the oil level? Well, already at low loads we measured too high surface temperatures on the Currie 9' rear end.
The cure: Add some more oil and it was cool as a Swedish summar. Done. 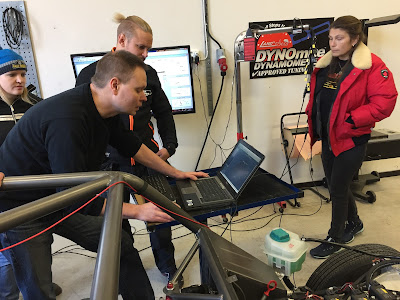 Annika, Hannes, Anders and Carina in action. Why? There's some huffing and puffing going on here. Why? Due to fuel pressure problems the A/F is going lean after a short time on boost. We're working on the solution. 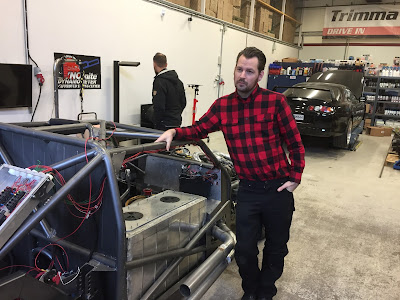 Magnus and a suspect. A suspect? Well, it not Ragnar, who's strolling around in the background. It's the tank. The coolant tank. We have a cooling system issue to fix as we experience a classic coolant spit out after the engine produced some horses.
But the coolant tank system is not longer under investigation.
The fix: Connect the thermostat ventilation to the coolant expansion tank and add some bleeders in other areas...work in progress. 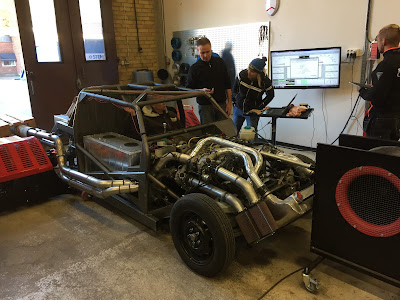 So, were now in solving mode and we'll get back to the chassis dyno soon.
Because we're Speed and Power junkies and we will not give up...at least not yet!

Posted by saltslushracing at 12:42 PM