Getting ready. The Epilogue.

Reality, or at least rust is usually free from sympathy...well, almost ruthless. Håkan was dragged in to The Rust Reality when he discovered rust in the right sill. That made him busy for a while. 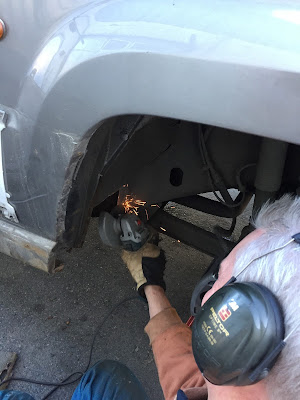 Here Håkan is getting rid of the brown poison, and yes, he had to do it outside and yes, it was cold but no rain or snow. It became a nostalgic journey back in time when old cars were fixed in the evening to be able to go to work next day. Now we have better cars and are usually wrenching for fun. 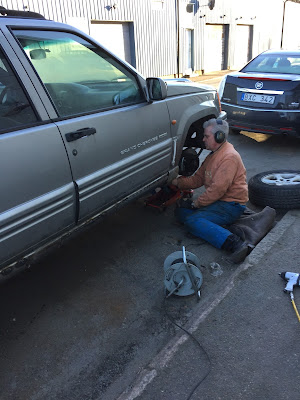 This is not fun, Håkan was in really bad mood almost like when he has toothache and a cold at the same time. 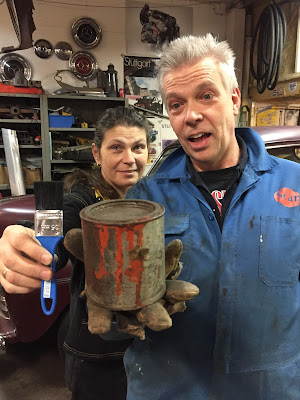 What is good a paint to prepare raw newly welded sheet metal? RED LEAD, something you could find plenty of by old the shipyards at Ringön once upon a time. Håkan found an ancient can on the darkest shelf were the dust was deep. Carina was prepared. 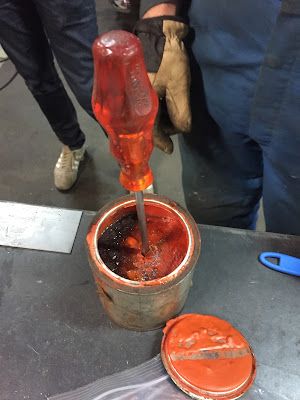 Nobody know how old red lead can be, but based on how dry and hard this was, one can say it was too old. 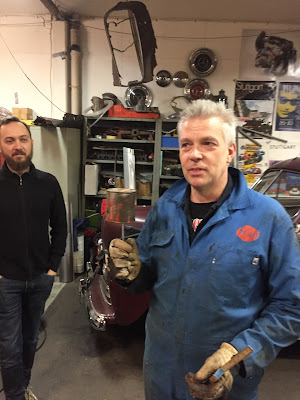 Red Lead is strong ! It all ended with a trip to Biltema for some new paint. 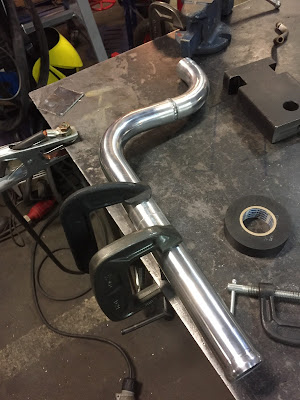 Meanwhile, happy wrenching took place elsewhere in the Salt Slush garage. Clean Cooling pipes for the buffer tank was made. 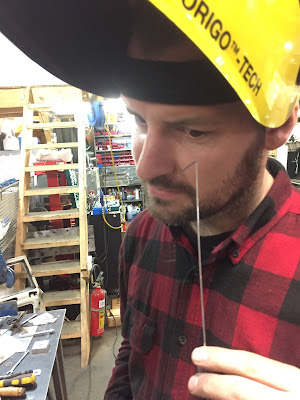 Always on the safe side, Magnus is bending the welding rod, the not welding end, to avoid the dangerous poke in the eye. 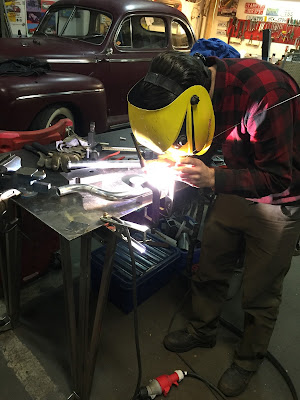 Posted by saltslushracing at 1:12 PM