As the summer turns in to autumn the activity in the Salt Slush workshop is good. But when as the Nordic darkness comes over us with full power in late October early November not even Salt Slush team has the energy to stand strong.
When this happens we're just sipping coffee and try to stay sane as we're tumbling around between dream and reality. We're waiting for energy, exitment and execution.
And yes, yesterday was the day. We were bursting in to furious activity! One successful  moment were followed by yet another victory. Triumph after Triumph. 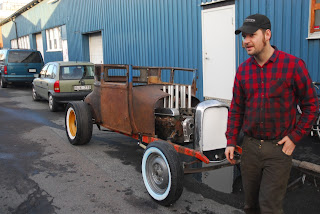 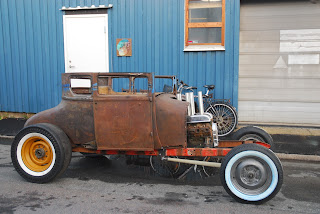 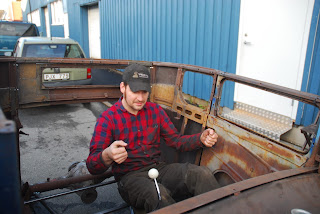 No, he's not ready yet. But he sure as hell know what he wants. And it'll be fun and fast. 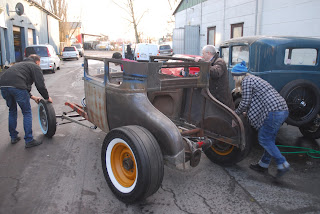 Currently, he need some assistance though. 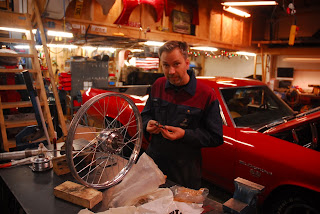 The "Spokesperson" Petter the Professor is learning how to spoke a wheel. Initially, he stated something like; -If' you can count to 4 you can spoke a wheel. He has revised that statment. But still, the wheel is now round. 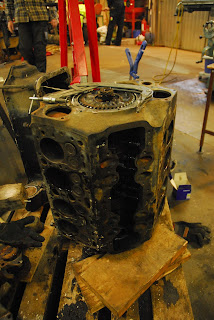 While Carina and I has taken our flathead-soon-to-be-an Ardun-V8 apart... 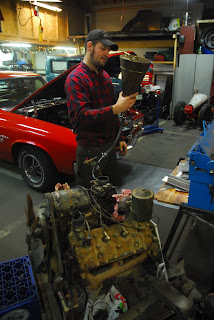 ...Magnus borrowed an old oil container from me, poured in some gasoline in it, sealed a couple of leakes and then... 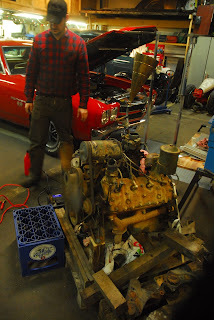 ...he fired up his old flathead, that has been sitting in junkyards for a long period of time. He didn't even change spark plugs! Yes, it's running! 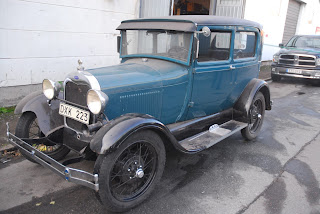 And how about this? Kalle managed to put his model A (also called Särimner from the Nordic Mythology) together and take it for a spin around the block. Runs like a Cadillac...almost.
Summary: Salt Slush team has accepted the darkness. We've found energy and we're prepared for the winter. Full speed ahead!