To weld or not to weld? That's the question...

A good thing that comes with being a car guy is that you learn about all kinds of stuff all the time. A new problem (something is broken or not broken but needs to be fixed, or at least, it feels good to fix it) or a real opportunity (fantastic new ideas that need attention) emerge and hence you need to think and act in order to move forward. A positive learning process that does clear up a worried mind too.

The down side is that you constantly need to figure out how to solve rather complicated technical issues.

To cut it short, here's the situation; Carina want an Ardun V8 Engine and yes, a man's gotta  do what a man's gotta do. But in the process of transforming an old flathead to a OHV Hemi Ardun I'm currently facing a hot topic.

I'm talking about welding and not just any welding, it's cast iron block welding that's the problem or rather the question. 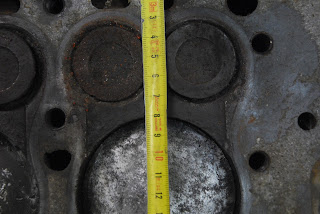 When an Ardun head should be applied to a flathead the so called relieving between the valves has to be removed. But how? Is it possible to mill the deck 2mm and make the surface flat? It would be easy, but will the deck be thick enough? 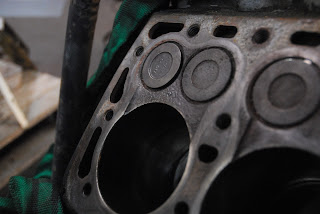 Or is it possible to apply a weld seem in the relieved area and the mill the top deck and of course bore the cylinders? Is it really possible to weld in an old combustion area? '' 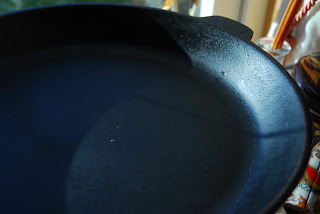 Isn't that like welding the surface of an old cast iron frying pan? With coked oil  deep in the metal structure?


At least there are people out there that are (reasonably) comfortable with welding cast iron without pre heating. To pre heat a flathead V8 engine block would be a bit awkward.

Or should I try to find another block without relieving?  I need to talk to Magnus...