Salt Slush Racing, with the extended team, should for ones enjoy dining better than garage Fika.

Reservation were made and everyone except Magnus (Stuck in Kiruna) managed to join in.

Close to Catrine's (my wife) Kitchen Store there is a nice restaurant, Lilla Spinneriet, located in a vintage industrial building which long time ago was a forge shop and then, in steps, was transformed to a restaurang via truck garage, bike store, etc. 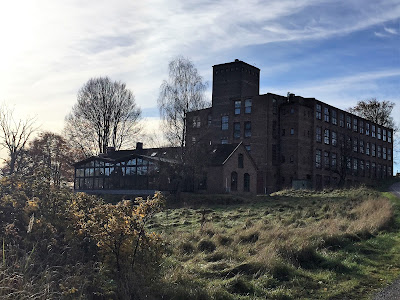 Lilla Spinneriet in front of the bigger vintage factory building

Lilla Spinneriet is run by Katja & Patrik and it's very nice and cool, kind of Salt Slush racing. 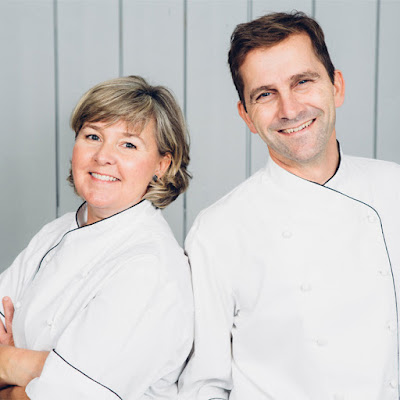 Check it out on the link http://lillaspinneriet.se


Nevertheless, in Sweden we ususally eat Julbord (Christmas table) during Christmas. This Year it was with an Italian twist regarding flavours, to make it short it was very good. 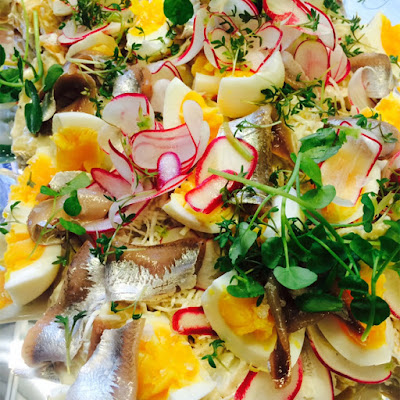 Eggs and herring with a new twist The entrance. Yes, we have had snow but it rained away short before the event. 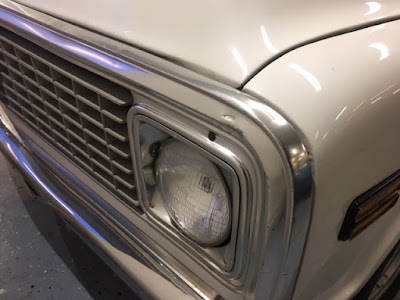 OK. What is this?
It's the Drama Queen of the evening and what is to become Annikas new truck
if  everything works out fine. 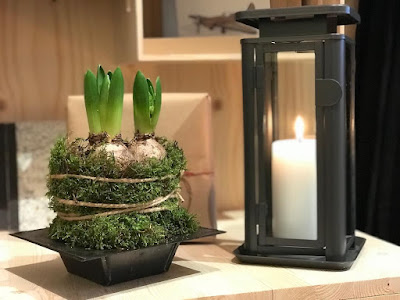 Ragnar: Follows Annika (his girlfriend) and do see a possibillity to transport his small cars (Lotus & Saab) on the bed.

Magnus: Squarebody Crew Cab Longbed 1973-1974 with single rear wheels, Dually is too much and not white since he already has too many white Chevy trucks.

Anders: The modern Gentleman that prefers a fast more car like approach likes the El Camino. If it has to be a truck he is in to Dodge RAM

Kalle: Squarebody Shortbed fleatside and would lika a 67 - 72 stepside shortbed

When we come together the discussion circle around different preferences and specifications topped off with modifications like Big Block, LS engines, Transmissions, Chassis and everything else focused on fast transportation on asphalt.

Off Road is not that much on the agenda (except for Carina's 5,9L Grand Cherokee and the family big Block Suburban. After technical matters we talk about interior color. Paralell we are all over Blocket, Mobile, Craigslist, Ebay etc.  We can, just buy saying;
-You know the grey one on Mobile in Hannover or the White one in Edsbyn, immediately get an answer like;
-Yes I've seen that one but.... 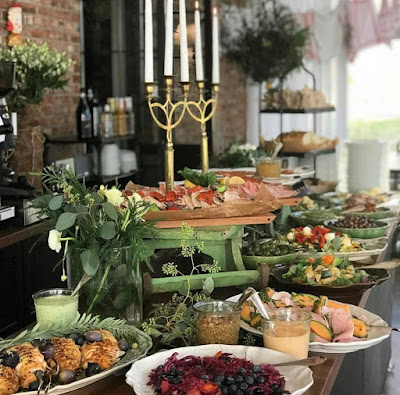 So, during the Christmas dinner I told Annika that a Friend of mine was interested in a white Stepside -71 with a 350 & 350 powertrain that was for sale on Blocket (in Edsbyn, I think) and that he had asked me to join him for a look-at-the-truck-trip.  A one way 700 km drive. I told Annika I was looking forward to the trip and that he was almost 97 % sure on the purchase.

At the Dinner I and My Wife sat in front of Annika and instead of the normaly Happy and Lovely Annika, I had Annika (aus Deutchland) mit der Böse Blick in front of me. You know, like a BMW 7 series or a Mercedes S Class hunting a Prius in the left lane on Autobahn. In short. Yeah, I got the message.

Well, quite fast it became clear that Annika changed her preference to the white stepside and was in a discussion like, buying it at once or waiting for more pictures. But if the pictures showed no rust etc then she should buy it.

I immidiately I took a neutral position and started to talk about Suburbans another polarized discusion in the team, on pair with the Volvo Wagon discussion etc.. 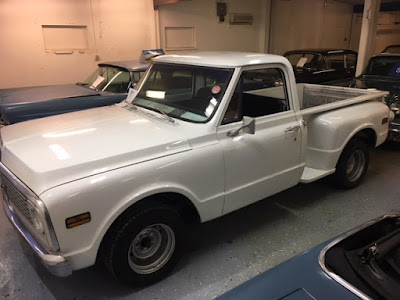 Since Annika is an Engineer from Germany, she has a fact based approch and seeks for the perfect (validated) solution...Some of us, are more risk averse and started to advocate a go ahead approach.   - Just do it!
- What is the worst thing that can happen...?
- Some rust? What's the problem? You have Ragnar...
- Engine & transmission issues? No problem, you're  anyhow going to change to an LS engine...

Evening became night and we'll had enjoyed the lovely meal and each others company.
We all slept silently, except for Annika.

Next morning, we all got a mail from Annika. She had made a down payment on the white step side and made plans for how to check it and transport it to Gothenburg.

A couple of days later I recived a text from my friend telling that the C10 is posted as sold so we do not have to travel to Edsbyn.

The moral of this story is to enjoy life, reward youself with fine (The SSR way Not Guide Micheline) dining together with friends and you'll be surprised how well things can turn out!

PS
There will be a chapter two of above
DS


Posted by saltslushracing at 11:53 AM