Salt Slush 2017 Chronicle or We're at end of the beginning!

Some years can really be more stressful, painful, demanding than others....but at the same time endlessly rewarding. It's said that those are the years that you remember. If you have time to remember...

For Salt Slush Racing, 2017 was definitely one of these years. The first real breakthrough and after any breakthrough, a new world opens up. A world full of hinders and obstacles, but luckily we're naive enough to think that we, step by step, can tear down those walls. Yeah, I stole that last sentence.

So how about 2017? What happened? Here's a story about hard work, determination and, yes, a certain amount of success. 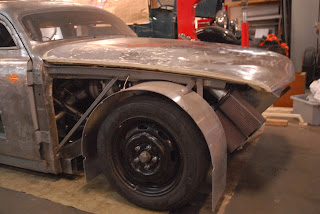 It's February. We have a lot of work in front of us. The vehicle runs, but the body needs hundreds of hours still before paint. And the Bilsport Performance Show is coming up. ( A Nordic SEMA type of show with 100k paying visitors). We're in a kind of controlled despair. 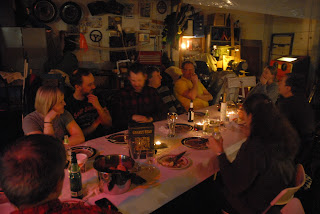 But we do celebrate each step and argue until we're happy or at least found a solution. 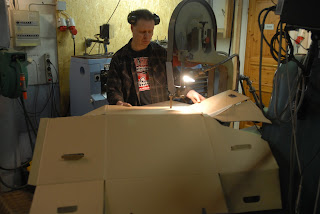 At the end of February we were still in fabrication mode. Even one step earlier actually, in mock-up mode. Anders here practise the well known Cardboard Aided Design, in a too late design phase. 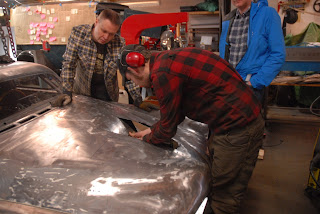 March and we're finally breaking us through the hood. Magnus wounded and careful hands are shaping the air duct. 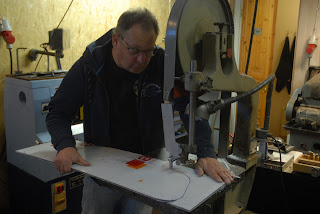 At some point in time we realized that we needed windows as well. So we made windows, al lot of windows. Kalle in fabrication mode. Yes, he still got 10 fingers. 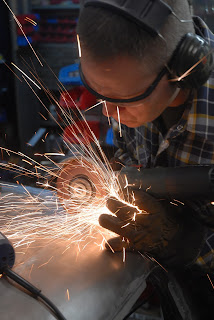 It's the end of March and we're all working hard every evening with the body. The Amazon body. 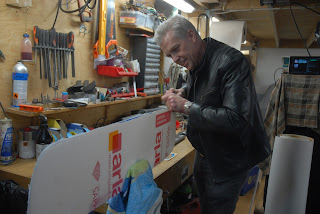 8 windows takes time and effort to fabricate. Next time we'll consider to start with a coupe instead. 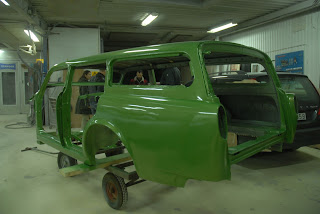 Late night at Frank's. As always, picking up a painted car at a good paint shop like Universal Teknik always feels good. This time was definitely no exception. 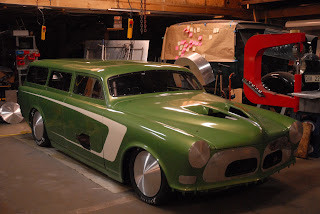 Middle of April. We were all so proud. We could just stand looking at the Beast that we've created forever. We loved it! It was running good and it looks sharp. But there was still tones of work before we were even close to shipping it anywhere. 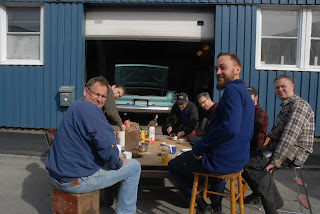 But suddenly the spring was in the air and we're gaining confidence, Carina who helps our boosting business to bloom served Ringö street waffles. It's all fine now. 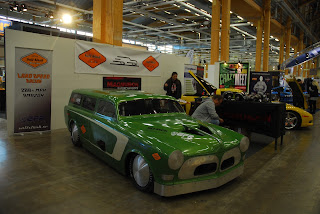 We've made it!! It's Eastern 2017 and we've made it to Bilsport Performance Show!
But we still got a lot of work before we could ship the car to US and the beginning of our second Chapter of The Saga.
It's end of August and we've nervously idled for a couple of months while the Amazon were at sea. But here we go. A determined man opens the container. If we were anxious? Yes, we were beyond interested. 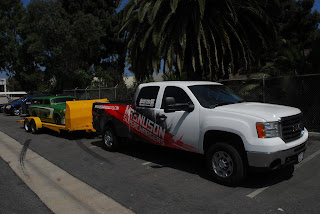 Under Californian palm trees in a super cool supercharged GMC pick-up with our green baby on the trailer.  Yiihaa! 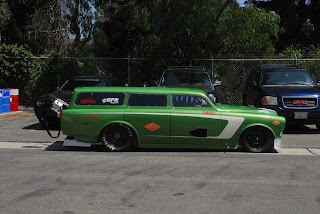 Still on solid ground outside Magnuson premises. Pre inspection passed. Sun-is-a-shining and we're ready for the next step. At least that's what we're thinking at this point. 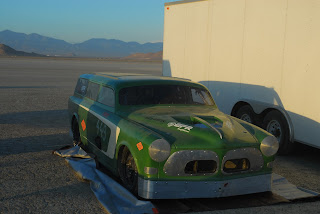 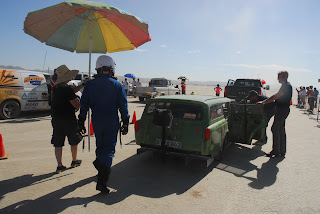 It's hot but the Amazon is ready and Anders is ready. It's Rookie Run time. We're about to get experience in a brand new area. It's amazing. 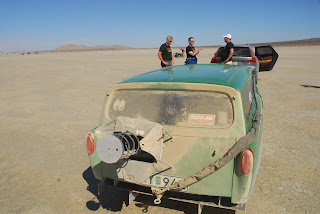 We've now got another look in our eyes. Because now we know what it takes...
...and it takes a lot... 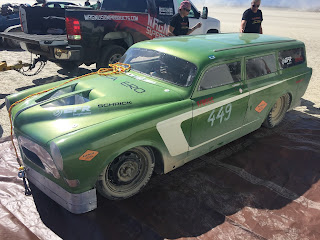 ...but we're ready to fight. Because we've just began our journey on the Dust and the Salt and one of these days, beyond Rookie Runs and initial tuning adjustment. We'll be fast. Really fast. The 449 Amazon is here waiting for the trailer and a good home in California. 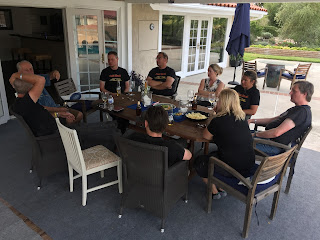 We're dirty, we're exhausted, but we're happy and to some extent relived. We're home at the best place to be. At Erik's and Ruth's place sipping cold white wine.

In October the team were back home in Sweden again. Back at Ringön thinking about the next steps and right now we're soothing our restless souls with various personal projects while developing the Salt Slush Racing Speed Shop and much more...and we've already booked hotels for the next real challenge;
The Bonneville Speed Week 2018!