The #449 Wagon on workout at the HOT ROD SPA 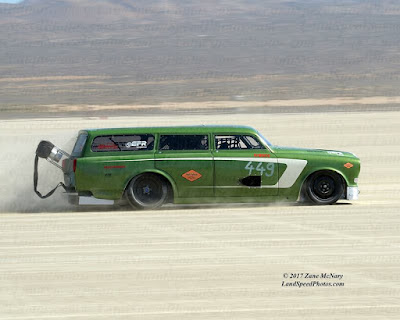 First a picture of our # 449 Wagon when it passes the speed trap at El Mirage 2017.
139 mph was the speed we sat, as you might remember 150mph, our speed limit at during our Rookie Race. 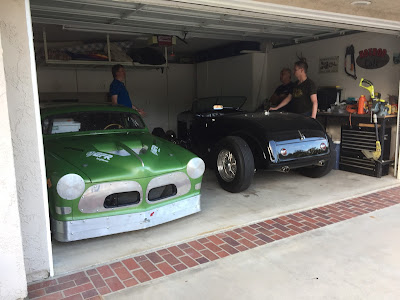 Here it's park in the Hot Rod Heaven by Erik H.....very good company.
You might remember that we had some needed improvements that had to be done before we could continue with our adventure.  In principle a number of requested modifications from tech spec and some improvement we figured out to make it easier to drive.
Since life sometimes is short of time in combination with far away places lika having the # 449 wagon by Erik H in LA and living in Gothenburg we have asked Erik for help to solve the remarks we had to fix and start up the work to improve the race car.
The team will travel to LA during one week in beginning of May to finalize the car, practice and prepare everything for Speed Week at Bonneville in August. 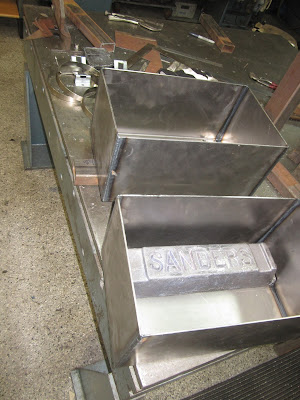 First some race improvements. The car was to light !


Erik made some weight boxes that will be placed behind the wall in the "luggage area".
The boxes are to be filled with lead bars. We start with a couple of +200 kg. 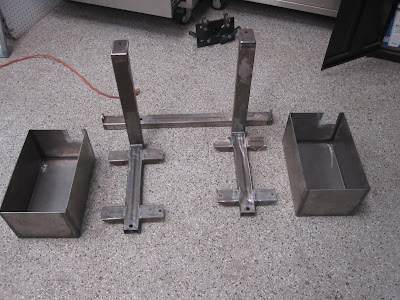 The fabricated boxes with fixation 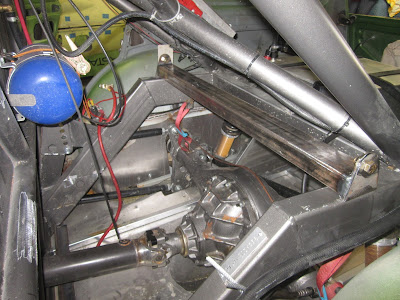 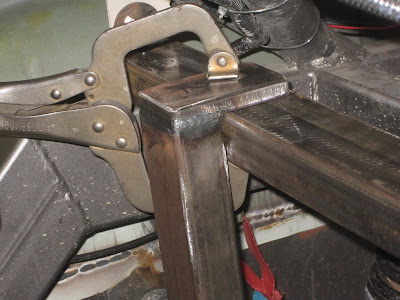 Welding the fixations to the frame. 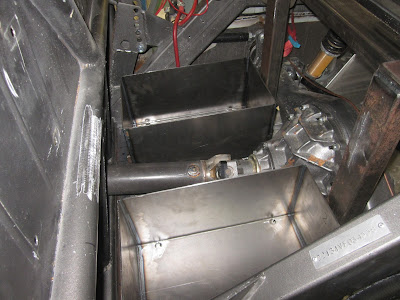 The lead boxes in position ! 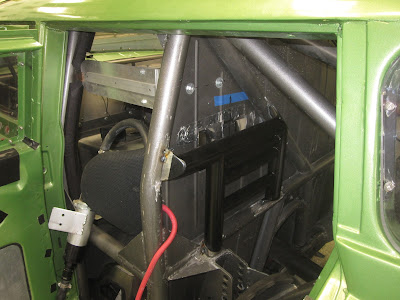 The fixations for safety belts will be moved and the seat lowered.
Will be finalized in May. 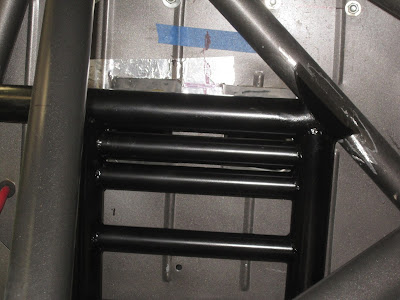 The adjustable fixation points for the shoulder belts. 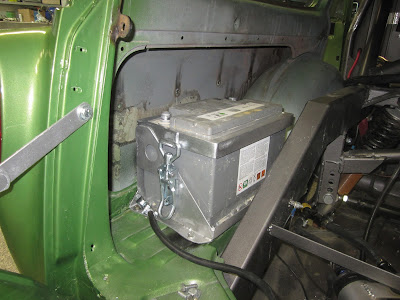 The new position with the battery box in the left rear. 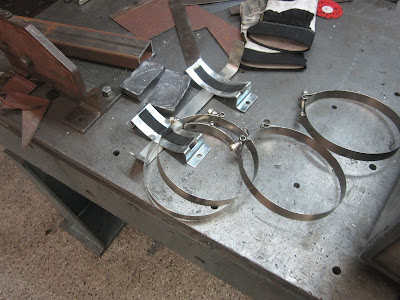 We had to change the fixation of the fire extinguisher. A push bar is being built ! 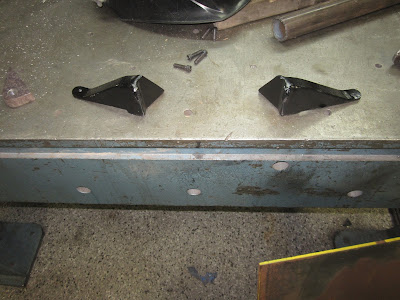 Steering stops on the spindles built and added !


Besides of above there're some more things to do; like improving the fixation of the water tank and make the engine more civilized instead of the on / off monster it is.

Posted by saltslushracing at 10:50 PM