Gym vs. Welding. Pro's and Con's

Let's start with the similarities. You'll be sweating. It'll be exhausting. The day after the day after you'll learn about muscles, previously not known to mankind. It feels good when it's over and throughout the whole process, you'll frequently ask yourself...
-Why?
And afterwards you'll be inclined to have a shower and at least one beer.

But there are differences too.

In a gym, you'll have to withstand grown men drinking orange juice after breakfast, Yoga and health nerds exceptionally afraid of dying.

Let's expand on a the later, I'm taking about welding cars, replacing sheet metal, removing rust. If you happen to live in southern Europe, Arizona or southern California you might not know anything about corrosion and rust, but trust me not all experiences are good ones. 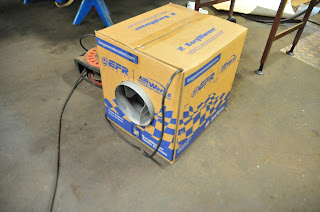 As we all know, necessity is the mother of all inventions. Hence Anders invented this performance box that combines bad ass components (we're here primarily taking about A fan, a Dodge RAM air filter and a Borg Warner EFR turbo box) to clear out hellish weld fumes. 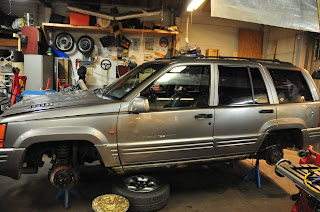 Before all welding begun. Rocker panels gone. Structure too. If it wasn't for the hood louvers, the 5,9 L (360) V8, the 46RE transmission and the full leather interior and the...this vehicle would have gone to the place where old Mopar goes. Eventually. 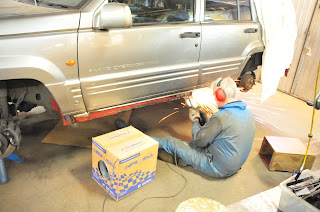 But we couldn't do that... Not to a ride with such a charm.
Instead our new clean-the-air-box was fired up and a 3 day welding Gym begun. 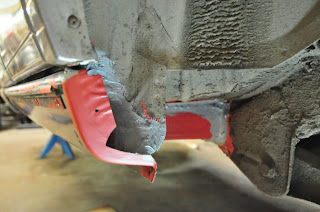 Rocker panel were changed. Cross beams fabricated both close to the rear wheel arch and... 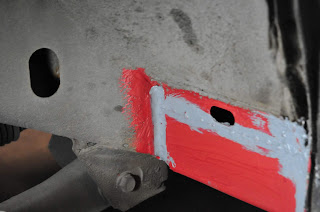 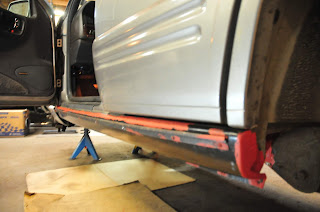 ...until it all came together and only details and an another day of work was missing. 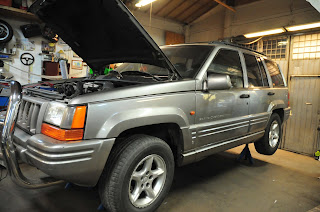 But now, when New Year's vacation is over, the Jeep is good to go. Solid as can be. 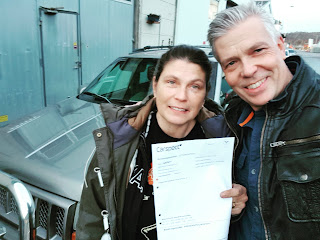 After 30 hours of welding Carina and I managed to get the Jeep through the annual car inspection. Even if it ruined our Christmas garage plans, we appreciated our common accomplishment and celebrated afterwards!

Our super short epilogue is that sweating while repairing something means creating something and work towards a clear target. That will always beat gym activities since it boost your self confidence in a deeper sense. Because you've learned that you can fabricate what is needed, solve a problem and as well achieve a goal.
Over and over again.
Posted by Hakan at 3:19 PM