Internet of things. We'll tell you all about it.

At home. That's where we've been the last year. Working from home with loads of screen time. You've been sitting there, stressed; One application refuses to start while the WiFi all of a sudden becomes sketchy. For no oblivious reason.

You've gone to bed and while levitating between dream and reality you've heard;

What was recently a desire currently feels like purgatory. A distant voice from old days. I'm now talking about 2017 when the good ol' consultant boys was talking about AI and self driving cars. When I attended a conference where the CEO from Daimler explained that self driving cars could be such a breakthrough, because we could continue to read mails instead of driving.

Back in those days, a dream dreamt by many was about being connected to the refrigerator 24/7. To make sure that the lawnmower and the vacuum cleaner had a good internet connection. So long ago.

We've moved on. Now we want the real deal. To get out of the bubble and the sketchy WiFi. To get up from the sofa and raise a little hell. To talk, party and go racing. No more flimsy screens, just the real deal.

Coming back to the headline. To Things and Internet. We need it. We're addicted and we're support addition too.

We can hear the eBay sirens singing and we can do nothing but being suck in to their song. We buy, thrive and strive. Besides, we're singing our own turbo and supercharger seduction tone. So better beware. Because we're trying to get you away from the screen (and paddle tennis). 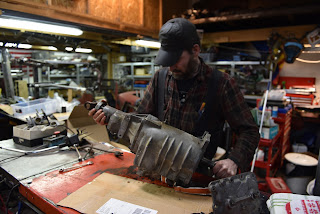 Magnus with Things from Internet for those how have ideas and want to do, act and dream. It's a Chrysler Transmission that was used by GM. Magnus will use it for a Ford. Questions? Keep em to yourself. There's no answers. At least no obvious answers. 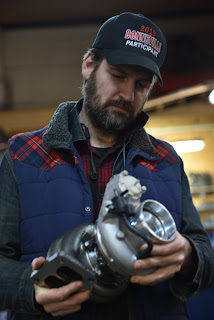 As mentioned. We're singing the Salt Slush Siren Song and it's all about boosting. About EFR, AirWerks and Magnuson Superchargers. There's just one BIG problem. We listen to it ourselves. Our Land Speed Racer is EFR 9180 equipped and two out of four Salt Slush vehicles are powered by Magnuson. Magnuson Superchargers. Pictured: Magnus in pre project phase mode. Here your reference should be Shakespeare. William Shakespeare. 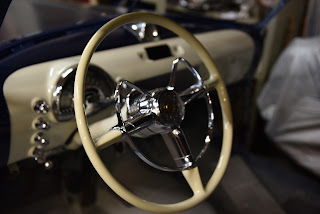 You've guessed it. This steering wheel comes from Internet too. An amazing combination of eBay and Koch's in California.  At this point it's appropriate to mention Stendhal Syndrome. If you don't know what that is; Google it. But take my advice and don't look at this picture for too long.

Let's end up with some good ol' sirens.

Directly from land of temptation.

Now, break up the enchantment raise up and race.