There was a time before it all broke loose. A time when we had to fight our own dreams, capacity and shortcoming only. When we were free and the blue sky was the limit. When head gaskets, boost pressure and economy was the only familiar stoppers. It was a good time and it's only two years from now. Feels like a long time ago.

We couldn't see the Pandemic coming because those who survived the Spanish flu are five feet under and not able to alarm or celebrate survival. 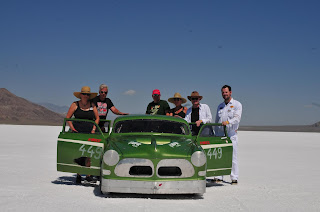 Salt Slush Team at Bonneville Speed Week back in 2019. The 900hp Amazon was ready and roaring. The Salt was wet and we were somewhat sour since we were waiting for the salt to dry (you should here think of the painting process). But still, we were there, in the middle of a dream. 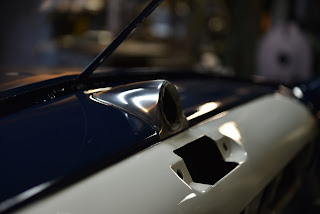 We cannot enter the US of A. Which means that we're unable to prepare our race car, visit Magnuson Superchargers and Borg Warner Turbo System face to face.
While waiting at home in the cold rain we're keeping our mind busy with stuff that we have at hands.
Like looking at the Serge Blue / Cream white dashboard of the Old Olds -49 Rocket that recently came back from the paint shop. 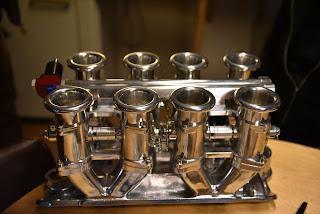 While in waiting mode, we study stuff too. Amusement and argument comes together. At the same time. Somehow.
- An eight stack! Nice!
- But how about the tolerances?
- There's no milk to the coffee!
- I have another idea...how about...
- Detroit Electric was trying too... really early on...and Grandma Duck liked it a lot, but it went belly up eventually.
- Where were we...
- Shut the fuck up...here's an interesting project.
At this point I would like to quote, Carina saying:
- The Big Lebowski. Not only a comedy. It's our friends on any Saturday. Which is good. Really good.
Why this post? Because we're waiting. For freedom, speed and boost pressure.
And the New Roaring Twenties.
That's why.
Posted by Hakan at 1:52 PM