As we're tooling our way back to normality...we found too high psi!

We've been locked out for two years. No matter how much we've been whining about it, we still had to stay in Europe. Because US was closed. As a consequence we have not been able to keep our tow car and race car in shape and landspeed racing at El Mirage and Bonneville Speed Week has of course been out of the question too.

Until now. When US opened up for fully vaccinated and tested travelers on November 8th, we were mentally prepared to go. So we took the test, filled in all forms and took off. Happy as kids on Christmas eve.

But as the landing wheel touched the American ground, question began to build up. Will the Suburban start? Will it move? Will it pass SMOG test? Can we return the rental car as planned? Will the race car (Amazon) start? How is long ToDo list to make it race ready again?

The clear blue Californian sky was welcoming and outdoor temperature comfortable. The Swedish November gloom evaporated in fraction of a second, but we had no time spare, because we were on a mission.

Fast forward; The green Suburban started at once, but was stuck. Luckily it was once ordered with 7,4L Big Block engine, which is really good to have when brakes calipers and pads seems like welded to the disc.

So what to do when the brake pad smoke eclipses the sun?

You call a friend.

So we called Mike Sitar. Shortly after, the brake smoke cleared and could see other super cool stuff...at Toohighpsi

Let's assume that you have LT1 engine with DI injectors. Then you most likely have a Magnuson TVS2650 too. You have sufficient air flow, plenty of boost pressure, but you lack the fuel. Then Mike Jr at toohighpsi can offer a solution. A PFI solution. 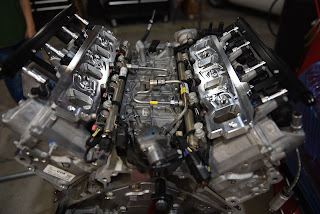 How about this? In addition to the OEM DI system Mike and Mike Jr has developed super compact PFI plate that provides fuel at air flow and boost pressure when serious power develops. 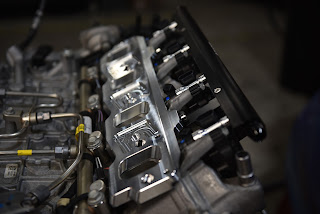 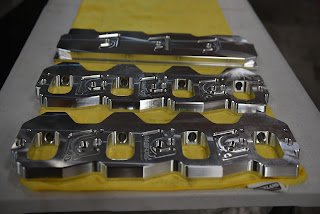 Shines like diamonds. Ready to provide the fuel needed for serious supercharged LT1 power, while keeping the DI system and emission system stock

But how about SMOG test? 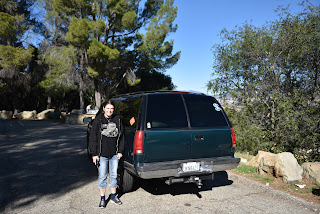 The old big block Burb passed without remark. Why shouldn't it pass?  It's only 27 years old....
So we took it for a tour...to celebrate.
Coming up soon, the race car start up!
Posted by Hakan at 10:15 PM