So we had a little garage party...

This spring, as the white sunlight reached our winter bodies and we fumbled for our sunglasses not to burst as trolls, when we were all starved as stray dogs, I wrote an email to two gear heads.

Already at this point, I need to underline that I'm not talking about nutrition. Nope. We all had our meals and deals. Instead I'm talking about social starvation and a big time party need.

The mail found its way though the digital world that we call ours and I was prepared to wait several minutes for a reply. No need. I got a go at once.

But we needed to wait for open borders and a pandemic pause. We scheduled September and failed. We had a look optimistic look at October and had to re-plan. Notoriously depressing November arrived and we all said YES!

It was party time! Because we all needed to connect! Big Time! 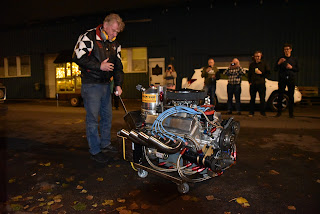 We invited Kjelle Power. So Kjelle, Henke and a NASCAR engine arrived. It was not a shy arrival. Instead it was a party trigger. 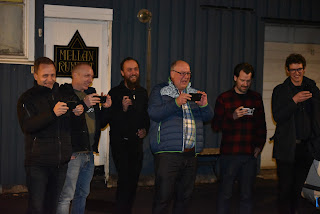 As expected, there was gearhead happiness in the air.
November is not that bad...after all... 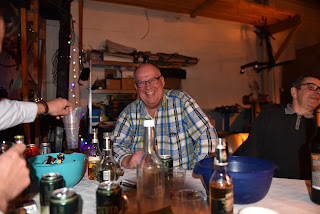 ...you need the right people, good food, beer and engines to feel at ease... 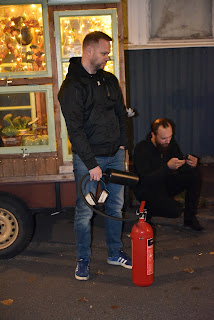 ...and a fire extinguisher too if you happen to invite guys with a... 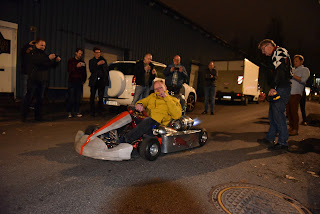 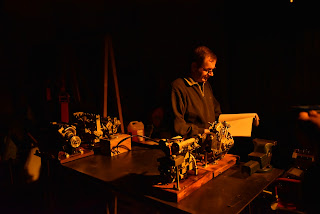 But before hell broke loose, before the party began, before food was served and beer was poured, Lutz was there to prepare mentally for the task. The task to start Per Gillbrand's amazing small engines based on instruction written by Per during his last weeks alive. The result; Lutz and Peter did it! First tense silence then bursting happiness!
Summary; an amazing evening with a mix of bonafied gearhead guests that I will remember forever.