There are times when you ask yourself if what you're doing is reasonable or not. If it makes sense. Shortly after, the short but relevant question comes to mind. Why?
I ignored those philosophic questions for years since there's no meaning of life, no purpose. The only thing that is relevant is to keep your conscience satisfied. But how to do that? How to reach satisfaction? Accomplishment? New experiences? Pleasure?
Hot to handle disappointments? When things go south. Anger? Bitterness? 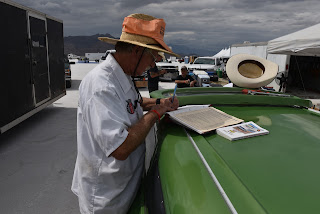 Life was good. The 449 Amazon had just passed Safety Inspection at Bonneville Speed Week 2022. We went back to the hotel room and wrote a blog post. The last sentence was; Will there be rain tomorrow? Let's hope for dry weather. Reason for that prayer? Look at the picture above... 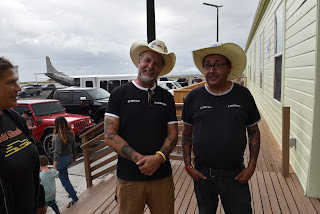 Then Saturday arrived. We all drove to Bonneville Salt Flats early in the morning. Only to talk to a SCTA guy who told all racer that the gigantic Bonneville Salt Flats was flooded and closed for all. I got a very bad feeling about the event, but perhaps there could be race on Sunday instead? So, the Salt Slush Racing Team and the A Bombers Speed division team (camtwister, Nisse and racketeerbop,Trazan) strolled around in Wendover for a couple of hours, talking about when the race could start. 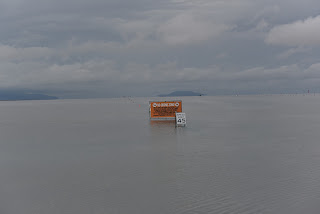 Then, after lunch Saturday August 6th, Carina, I and Magnus drove out to the race track to shape our own oppinion on when and if the race could begin. When I took this picture I understood that there was no hope. So sad. 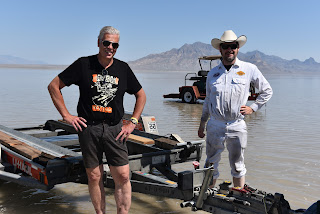 Sometime around lunch time on Sunday August 7th, SCTA announced that Bonneville Speed Week 2022 was cancelled. At this point in time SCTA allowed and requested all racers to drive out in the "Bonneville lake" and pick up thier vehicles and equipment. So, we did. I will never ever forget those mixed feelings that we all felt when the front wheels of our 454 Suburban sank down in the 10-inch (25cm) salt water. We understood that we had to travel at least 10 miles (16km) out in this lake. Would we get stuck in the salt with our 2WD Suburban? Would the salty sea kill our engine and turn our Suburban in to a monument?
More importantly, would shorts be needed?
What happened? The Suburban worked perfectly. We wore shorts in public.
We managed to get our Amazon into Wendover harbor. 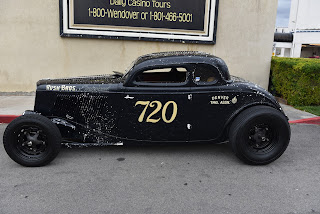 We washed our equipment twice and went out to the car show in Wendover...which was full of restless racers and loads of cool cars such as this one and... 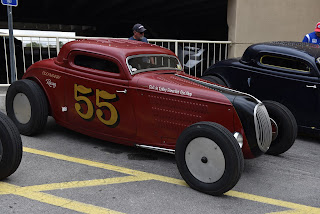 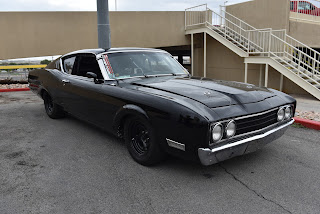 In my opinion, this Mercury Cyclone was the coolest ride in Wendover. A perfect street car with rollcage, Bonneville Speed Week approved and Bonneville participant. 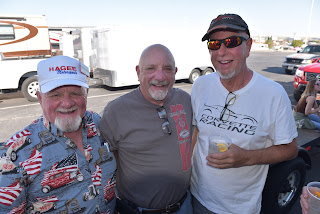 With our equipment on solid ground we had a drink or two with Gerry Clark (right) and his team outside The Nugget hotel in Wendover. What did we learn?  Jim Minneker (in the middle) explained how it feels to flip over at +230mph and survive.  We had a good time with these (former) GM guys. 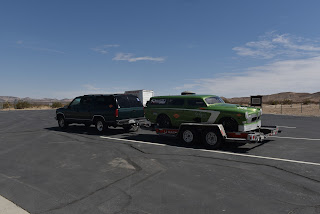 Eventually, we drove back to L.A. As we tooled our way back, we though that it would be a good idea to test drive our Amazon at El Mirage, California. We had our equipment. We passed El Mirage on our way back. What could possibly go wrong? Closed lake bed, that was what could go wrong. 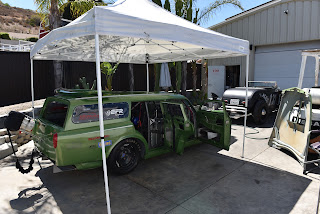 Eventually we came back to Erik and Ruth, where we washed and polished the Amazon and the Suburban. Over and over again. 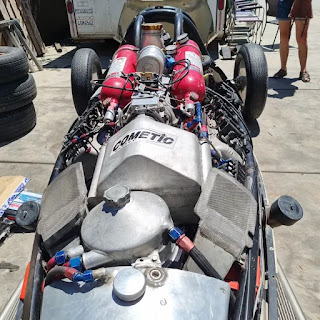 Rick-The-Carfixer and Erik did that too. Within a couple of days in the sun and a lot of cleaning, all race equipment was cleaned. 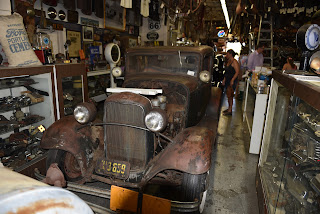 What follows is vacation. First, we went to Old Ford Store in San Dimas (and to CW Moss in Orange) to buy a steering box and more to our future Ford-Ardun based roadster project. 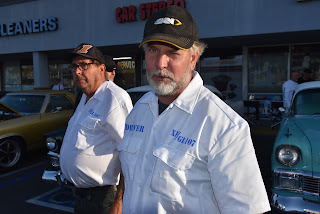 Early, the morning after, we went to Dognut Derelicts and the classic early bird car meet.. Guess who we meet there? 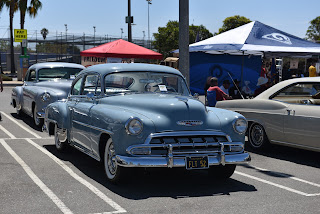 We scrolled the SoCal Car Culture Event calendar and found a car show in Long Beach the same day. We wen there an found cars with a certain kind of spark and light such as this Chevy -49. And yes, there's something with the light in California... 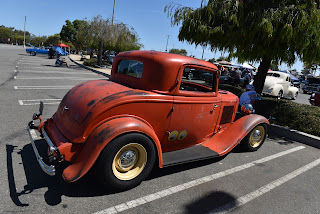 In addition, there was this original 3W -32 Ford Deuce Coupe. Built and painted back in 1954. 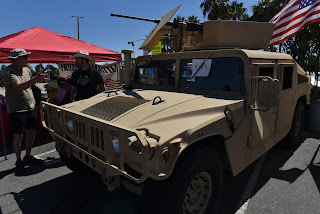 The most interesting car and person? The owner of militaryvehicles.com and his Humvee. This specific Humvee is a actually an early prototype. One of very few that was not scrapped. Magnus, who like the Humvee's had many questions regarding import and export. The militaryvehicle.com business? The company rent out military vehicles to the film industry. 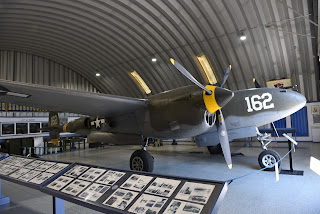 What's next? We learned that we were close to an aircraft museum. With Tom Cruise P51 and several other cool fighters. But most importantly, they have one of only six flying P38 on display. I mean, P38 is an amazing aircraft. Not only did it serve its purpose in the second world war, it was as well an important inspiration for the automotive industry for decades. It paves the way for the tail fin era. 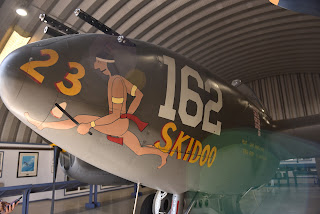 We learned all we needed to know about Skidoo. Not only the 23 type.
Wanna know how to Skidoo? 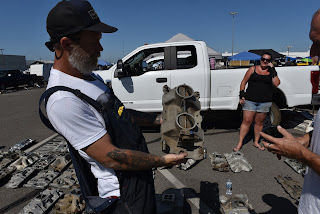 Has he caught a fish in Alaska? Does he need his reading glasses? Or has he just found a very unusual Chevy small block manifold at Hi Performance swap Meet in Long Beach?
Summary: Its been one hell of a journey. A lot of work, many miles but no speed accomplishment. But we're loaded with new experiences, we've worked hard and met a lot of interesting people. We had good discussion with Magnuson Superchargers and SuperchargerOnLine.
Now it's time to start to think about next step. Texas Mile? El Mirage Race? Bonneville Speed Week 2023.
Posted by Hakan at 10:43 AM

Email ThisBlogThis!Share to TwitterShare to FacebookShare to Pinterest
Labels: attachment